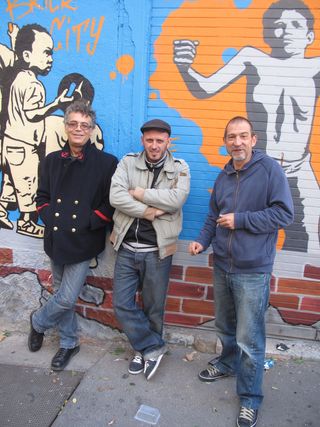 An account* of a leisurely lunch in Marseille followed by a slightly rushed meeting with an intriguing band ...

In the time it took to finish off a plate of spaghetti alle vongole on the Vieux Port, Marseille's famous waterfront location and home to the exotic musical ensemble that is Moussu T, I counted five wedding parties going by in noisy processions of cars.

There were garlands streaming from each vehicle, horns blaring, passengers stretched out through open windows. Each convoy presented a classic French wedding-day scene witnessed in countless towns and cities every Saturday, but each was distinctly multi-racial.

A vibrant point of entry and exit for Europe and the Maghreb, Marseille generally rises above the occasional advances of Marine Le Pen's anti-immigration Front National to show a united front. It is a long way from perfection, as demonstrated in chilly fashion by the rounds of Chicago-style score-settling among underworld factions, but in no city of France do different ethnic groups rub along more harmoniously. 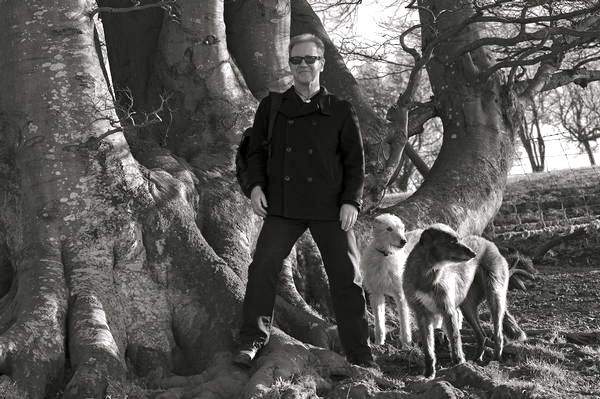 Salut! Live breaks its long recent silence, on which can be blamed a fraught move between Abu Dhabi, the UK and southern France, to spring back into action with an account of John Jones's decision to walk the 175 miles between a series of gigs starting in Hay-on-Wye tonight and ending in Leicester on June 19 ...

Most musicians, gazing at an easy-on-the-eye pastoral landscape from the tour bus, would be grateful to be off the motorway for a change.

Other thoughts occur to John Jones, lead singer of Oysterband. He finds it difficult to suppress the urge to get off and complete the journey on foot.

SCROLL DOWN FOR THE BBC FOLK AWARDS 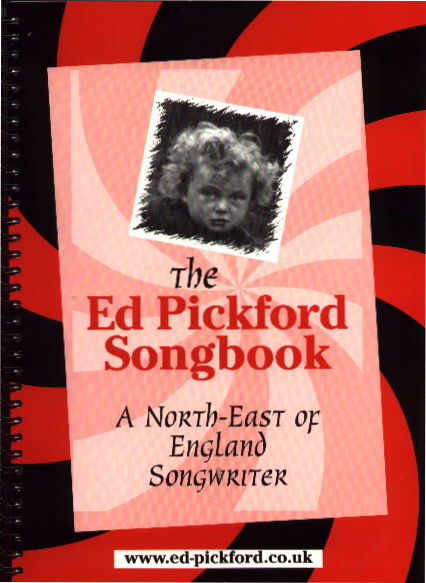 Well, you've had the substance of the Salut! Live interviews with Ed Pickford. He has turned out, much as expected, to be an absorbing, intelligent and thought-provoking subject and I am grateful for the kind comments that have appeared at Mudcat about this short series.
It could go on for some time to come. Each e-mail exchange produces a new torrent of thoughts, opinions and snippets. And not all of them have anything to do with Sunderland AFC. But let us conclude with the traditional Salut! Live bonus track: in Potted Ed, our interviewee is asked to take my start of each sentence and complete it (with anything from a short phrase to a couple of sentences)......


The best thing to happen in my lifetime.... is the internet and being able to use computers for my creative work and communication; this is an example.

What has made me most angry has been...the repeated mistakes of the past where greed cares not for need [the first line of a song I am writing].....

So we already know that Ed Pickford has a passion for songwriting, and that this passion somehow grew stronger still after he learnt that he had a life-threatening disease. When he complained to me that painting and decorating chores were getting in the way of valuable songwriting time, he was clearly only half joking.
Last night, even at a distance of 3,600 miles, as we both turned off our TVs in disgust, I imagined him sitting down to write a song about the eccentric refereeing that robbed our team, Sunderland, of its first double over Newcastle in three or four hundred years. Webb's Blunder came to mind as a title, or maybe Howard's Way (of helping distressed Mags). Of course, we both knew that we didn't actually deserve to win, but that's not the point.
But before I am accused of veering off into territory that belongs at Salut! Sunderland, let me pass on a great story Ed had given me during electronic exchanges earlier in the day:
"How will we view the match in 20 hours time?" wrote "nervous of Roker" (the nom de guerre he chose for himself). "After Newcastle were beaten by Hereford in the FA Cup years ago, I wrote a quick song called A Young Magpie Cut Down in his Prime [Young Sailor Cut Down in his Prime, The Dying Cowboy etc] and sang it to my old friend Jim Sharp, not realising the depth of love he had for NUFC. I don't think he has ever forgiven me."
In fact, Ed has told me many things over the past few days, much of it outside the confines of our interview. But I should return for now to the format I devised at the outset and resume our Q&A, adding only the postscript in which he deals with my concerned inquiry about his health in a way that develops into a fascinating discussion on how his songs are used, and how they may be remembered.


This has been a tremendous project for Salut! Live, and there is more to come. Return a day or so from now for the last chapter - a sort of Potted Ed in which he restricts his replies to a few words completing sentences offered by me.....:

(Before leaving the story of the Northern Front), let me ask this: lots of arguments arise in these cases about whether the sum of the parts equals, exceeds or falls short of the whole.... what was your assessment?

The Northern Front were three individuals with performing personalities ... plenty of energy. The “music” stopped for me when, in a very short time, it did not inspire me to write anything. It was great for Michael because he could practise his performing skills but I wasn’t bothered about “performing”; I always need – still do – to be working out a new musical problem. I then give what I’ve done to others. If that doesn’t get the material performed then I do it myself.

Once a month in Jesmond a group of musicians meet and – although I would not describe myself as a musician – the place provides a platform for new material. If I haven’t got anything new it’s not as much fun for me – I don’t want to sing Ah Cud Hew 999 times.

Nottingham the same to you

With the four-line chorus quoted above, and the verses either side of it, Ed Pickford summed up in the starkest terms the impact of "rationalisation" and "reorganisation" of the British coalfield on the men who worked in it.

Sung (above) by George Welch, Farewell Johnny Miner is only one of many great songs of working class struggles and concerns written by Ed (seen performing in the second of the YouTube clips). And it is high time Salut! Live recognised his contribution to what might be called English protest music, since the battles and sufferings of ordinary men and women have inspired some of the noblest additions to the folk tradition.

What follows was prompted by the determination of a York academic to have the man and his work acknowledged. The format of the interview allows Ed, in his own words, to tell the story of the life and times of a songwriter who has dedicated much of his artistic effort to championing the miners - and many more besides.

Feisty. That was the word I was looking for. During the first part of the Cara Dillon interview, I admitted to having floundered while searching for the right word to describe the changes I had detected in Cara's voice on her new album Hill of Thieves. Was it mischievous? No. Sultry, sensual, strident? Not really. But there was attitude, of a sort I had not noticed before in Cara's vocals; she attributes this to the "different frame of mind" she has experienced since her twin boys arrived so prematurely just over two years ago. So feisty it is. The word was banned by the features editor when I worked at The Daily Telegraph. As someone who decides and enforces newspaper style, I can see why. It had become the first port of call for too many lazy writers. But it is STILL a good word if applied sparingly. I cannot recall the last time I used it, if I've used it at all, and you don't get much more sparing than that. Here, then, is the second part of Salut! Live meets Cara, a series of quick questions; the number usually depends on how many the person in the hot seat chooses to answer. It is short but sweet, telling us just a little more about her. And see her highly talented sister Mary in an obscure clip I managed to dig out at YouTube; it sits perfectly with the gem above, Cara in duet with Paul Brady, Sam adding exquisite piano.....