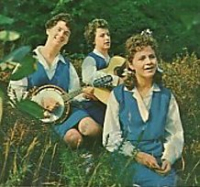 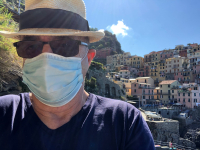 April 2022 update: this is an item first published between lockdowns in 2020 and republished for the sake of it. Before returning to the UK after our usual spell in France, we had spent a few days in Cinq Terre,... Read more →

Loft vinyl: (3) Francoise Hardy and the song she hated but her fans loved 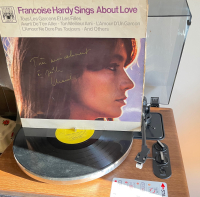 This has had earlier airings but fits the new Loft Vinyl series as snugly as the perfect glove. I am featuring tracks from old LPs released from lengthy exile in the loft, my elder daughter having bought me a turntable... Read more →

Posted at 01:15 PM in Dipping into the past, Francoise Hardy, Loft vinyl, Salut! History | Permalink | Comments (4)

Overpaid, oversexed, over here? 'Not a bit of it - I'm exploring British folk-rock'

Some variations of the phrase add overfed and overdressed. It goes without saying that I have no idea whether Peter Obermark was excessively remunerated when serving as a US marine in Britain in the 1970s nor indeed whether he ate... Read more →