Music from North Eastern England. Season two: Geordie Black and in search of a tune 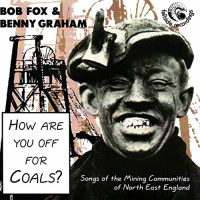 One of the most popular series to appear at Salut! Live featured the songs and music of North-eastern England. It stretched to seven instalments but it was clear to me that there was scope for more. Bill Taylor, who like... Read more →