Dipping into the past

Dipping into the Past: the Irish Troubles and music 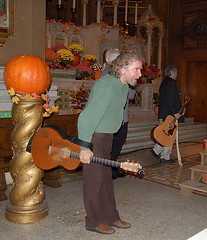 October 2017 update (a further update appears below as a footnote) ...: I believe Salut! Live's archive deserves a wider audience, not for any merit in the writing but because it brings great music to those who stray into these pages.

That is why I occasionally reproduce items from the past, as now with some reflections from 2007 on musical by-products of the Troubles in Northern Ireland. Brexit, and continuing problems that arise when two political parties with utterly opposing philosophies share power (power-sharing is currently suspended and there is a risk of direct rule from Westminster being imposed), may not lead to a return to violence on the scale of the Troubles.

But they leave some of us less optimistic than when this article first appeared 10 years ago. Otherwise, I stand by all that I wrote then - and you'll find I have added clips of the songs mentioned ...

Continue reading "Dipping into the Past: the Irish Troubles and music" »

Dipping into the Past: The Unthanks ... The Testament of Patience Kershaw

In my constant campaign to draw attention to gems from the Salut! Live archive, now that the site attracts a more respectable number of readers, here is piece of music that combines compelling artistry and painful social history. It recalls an age when young children, girls as well as boys, were sent into the mines of Britain to endure the laborious, disfiguring process of helping in the production of coal. As a reporter, I met men in the 1960s who, on the closure of their own pits, could hardly be happier that their fully grown sons would not have to work in the conditions they had known for decades. My friend and Salut! Live contributor Bill Taylor was mesmerised when he first heard the song while visiting my home in France.

I have added a couple of other Unthanks clips to show just how good they are (or how good I think they; there are dissenting views). One is another of the press gang songs I mentioned yesterday, the very moving Here's The Tender Coming, and the other is a grittier rendition of Annachie Gordon than you will encounter from most of the artists who have recorded the song. This is how I wrote about the Unthanks back in 2014 but you will also find a footnote with links to an interview conducted longer ago .. .

Continue reading "Dipping into the Past: The Unthanks ... The Testament of Patience Kershaw " »

Dipping into the Past: John Mayall, Eric Clapton and Rambling on My Mind

Aug 2017 update: the reason I am promoting archived material is that when it first appeared, Salut! Live had a pitifully small readership. It's not huge now but is a good deal larger and I believe there is content that is worth another airing. When I used an office gym, I noticed that music was not a great way to get me through the monotony of exercise. Listening at the same time could even put me off a much-loved album. One exception was my CD of the old John Mayall and the Bluesbreakers LP. There are one or two tracks that leave me cold but it is generally an album of the highest quality and holds enduring appeal. Here is how I described it for my original Song of the Day series back in 2011 ...

Continue reading "Dipping into the Past: John Mayall, Eric Clapton and Rambling on My Mind" »

Dipping into the past: Cara Dillon, Spencer the Rover and the Rotherham factor

In my quest to bring past delights to the attention of Salut! Live's expanding audience, I invite you to listen to Cara Dillon's version of a song I have known from my earliest days of attending folk clubs. It last appeared here in 2014 as an entry in a Song of the Day Revisited series. That was three years after I first highlighted the song and what follows is the unaltered text of the 2011 posting. What, you may wonder, has this to do with Rotherham? Read on ...

Continue reading "Dipping into the past: Cara Dillon, Spencer the Rover and the Rotherham factor" » 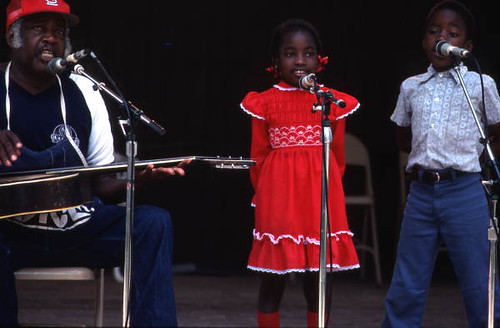 Way, way back - well, all the way to 2000 - I was able to visit Newcastle University to write about its folk music course. The key contact was Richard Middleton, listed to this day as emeritus professor of music. Work and family obligations make this a difficult time to update the site but, in recognition of the hugely appreciated upsurge of interest in its output, I offer this further blast from the past ...

Dipping into the past: (1) Jez Lowe and Orwell's friend Jack Common 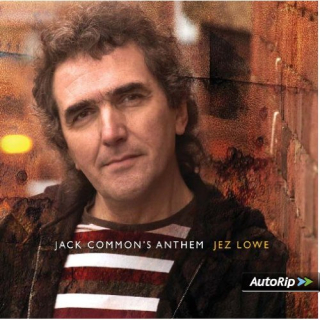 June 2017 Update: this item on Jez Lowe appeared six years ago, and referred to a review from four years before that, but my admiration for the singer and his wonderful observations on life and events remains undiminished. Check out his own site for more information. Otherwise, what you see below is essentially what was published in 2011 ...

Right, it's time to start filling the pages of Salut! Live and I can think of no better way, other than persuading Pete Sixsmith to submit some more live reviews, than to look into the archives.

Any visitor to this site can explore what has appeared here by navigating the sidebars, but I have also written on folk and related topics for various publications.

Continue reading "Dipping into the past: (1) Jez Lowe and Orwell's friend Jack Common" »

Posted at 02:52 PM in Dipping into the past, Treasures rediscovered | Permalink | Comments (3)