As 'Jake', John Clark was an inspired member of the little team that made Salut! Sunderland a half-decent site for fans of Sunderland AFC, also respected by many supporters of other football clubs.

At the end of 2019, repeated technical issues and other factors forced its transfer to new owenerhip.I hesitated to add a link, because all the promises of the new ownership to develop the site ("I know it’s a wrench to let something you’ve been dedicated to go, it’s in good hands mate") came to nothing, but the archive is still there if you wish to explore it here.

John, a Sunderland lad long resident in Spain, is more than a half-decent singer-songwriter. Here, he presents two examples of his work - a cover of a Townes Van Zandt song and one of his own, reflecting on the death of his home city's once-great shipbuilding industry... 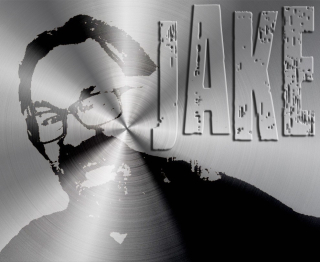 John Clark takes up the story:

So after Israel, my trio Murder Valley's great banjo player, left the band, Javi and I intended to continue as a duo. Then Covid struck, we couldn't meet, we were confined to quarters for what seemed like eternity. As time went by the duo idea fizzled out and looking back I guess it was never going to happen.
Meanwhile, I was still writing songs, and recording them, on my phone. I was also having a go at covers of songs I liked. Among them was a song called Black Crow Blues by one of my favourite songwriters, Townes Van Zandt.
At the time I was helping out Salut! Sunderland with graphics, and two of the guiding lights on that website were brother and sister Malcolm and Joan Dawson.
I can't remember how it came to my attention, but I somehow found out that Joan played guitar and sang with a folk band, Swap The Dog. So, I sent her a demo of Black Crow Blues and asked her if she would like to add backing vocals. She did, and the result was this.....
While in Murder Valley, being quite a bit older than the other two lads, I adopted the name Father John, so I kept that name and of course Joan became Sister Jo.
That was about four years ago. Last year I was fiddling about on the guitar with a chord sequence I liked and was looking for some words to go with it.
The line "I stepped out on St Stephen's Day" came into my head, then "with a penny in my hand".
Soon the words were coming thick and fast and before I knew it I was writing about the now long gone shipyards of my home town Sunderland.
My dad started work there as a 14-year-old apprentice plater in 1946, and he worked in various yards on the Wear until he retired.
I have vivid memories of the sights and sounds of the river and they were being incorporated into the song.
So I recorded a demo, sent it off to Joan who added her vocals. I added a ship's horn and something that was meant to resemble the clanging from the shipyards, which was actually me hitting a saucepan lid with a wooden spoon. I put together a slide show of old photos of the shipyards and the workers who built the ships on the river Wear and this is the result....
Now I think about it, this is probably the first song that I have written from MY perspective, a personal song. As some of my other songs are murder ballads, narrated from the point of view of the killer, I have to say this, "I have never killed anybody, honest!"
LYRICS
I stepped out on St Stephen's day with a penny in my hand
Walked on down to the river, gave my penny to the ferryman
The crossing took five minutes, six at the most
I climbed ashore on the other side and bid farewell to my salty host
Took myself down to the docks, stood looking at the cranes
Heard the clanging from the shipyards, and saw the rusty chains
Men in boots and overalls, oily smells and smoke
Strong black tea and sandwiches, sharing cigarettes and dirty jokes
Chorus
Now all the ships are gone, all our fathers' work is done
There's no more cranes, no rusty chains,
no flashing welds, no rivet guns
All the ships are gone
The giant iron ships, half built awaiting paint
Creaking with the rising tide, still waiting on a name
Built from steel and muscle, and skill and sweat and toil
When finished tugged out to the sea, to carry coal and oil
Chorus
Looking down the mighty Wear, and all the ships our fathers made
Looking out between the piers, where all the mighty ships have sailed
All across the town you could hear the hammers ringing
Friday night at closing time you could hear the workers singing
Chorus
All gone.