This article was devised and started before Sunderland vs Millwall. And then updated at half time and finished after the final whistle on a heartening 3-0 home win ...

Long neglected, Salut! Live's Loft Vinyl series - the product of my searches in the attic for old LPs to play on the turntable my elder daughter bought me last Christmas  - bursts back into life with a treat from Fairport Convention that did not appear until 1987 but featured recordings made by the BBC in the late 1960s.

A classic early Fairport line-up brought together Sandy Denny, Richard Thompson, Ian Matthews, Simon Nicol, Ashley Hutchings and Martin Lamble, performing a set of songs written - with the exception of one Thompson/Hutchings composition, If It Feels Good, You Know It Can't Be Wrong - by some of the cream of American and Canadian artists, contemporary folk, country or similar.

It is a minor masterpiece, idiosyncratic English interpretation of great music from across the pond. 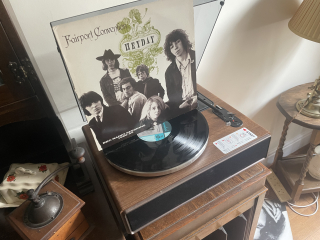 Although the hugely important American producer and frequent Fairport collaborator Joe Boyd, for once, had nothing to do with the recordings, he did contribute some pertinent words for the sleeve of the vinyl release of the album in 1987.

I remember reading those words when the record was sent to me for review and, oddly enough, have never forgotten the gist. I hope Joe, now 80, won't mind if I reproduce them here (update: I asked and he didn’t):

I guess Ihave to take some of the blame. I mean, as an American, my view was that Americans did these sort of songs in their sleep better than any English band could hope to. I felt the Fairport should use their considerable talents in developing their own material and becoming as, well, as English as possible. Thus I discouraged committing most of [these] songs to vinyl back in 1967 and 1968.

I have never been a great one for giving audiences what they want - give them what they ought to have is my motto. The fact that everyone seemed to enjoy these songs immensely at gigs cut no ice with me.

Which is not to say that the Fairport Convention were clamo(u)ring to record Gone, Gone, Gone on Unhalfbricking. There was just general agreement that these songs weren't as important as the material that was rccorded. Twenty years on, however, there is no escaping the sheer enjoyment of these tracks and the spirit of the early Fairport days they invoke. And of course, I am now forced to admit it is hard to find an American band who can do these songs equal justice.

My view, not 20 but rather more than 50 years after this wonderfully uplifting music was created? Most of it is as exquisite as it seemed when Joe wrote those words. It is more wonderful and uplifting still when Sandy's vocals or Richard's guitar playing assert themselves.

Thompson is just there all the time. Johnny (and Roy) Cash's I Still Miss Someone is an obvious example of when Sandy's voice truly matters; and her delayed solos on Leonard Cohen's Bird on the Wire and Suzanne are even finer examples. I would take her version of Percy's Song - a strikingly necessary condemnation of America's incarceration culture - to my desert island if Dylan had not performed his own song marginally better.

To have rediscovered Heyday at this late stage of my life of musical appreciation is almost as morale-boosting as the Sunderland victory I have just watched on the telly. 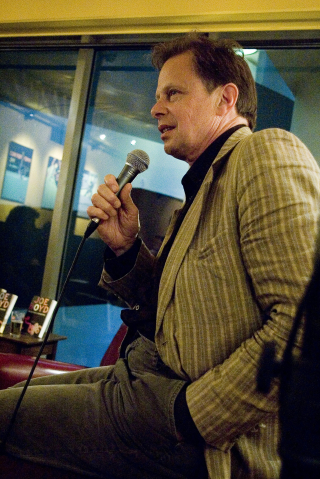 My folk education, which is full of the most appalling gaps, continues... I never knew Trevor Lucas played with Fairport. I remember seeing him when I was 19 or 20 (which would put it at 1967/68) doing a solo gig that blew me away. If memory serves - and it may well not - this was at the Candlelight club in Newton Aycliffe. Is that even possible? It was a small club but maybe he was doing small clubs.
I've seen later incarnations of Fairport a couple of times; an amazing band to see performing live. Never saw Sandy Denny, alas. Her versions of "Suzanne" and "Bird on a Wire" are indeed superlative. Only ever seen Richard Thompson performing solo. One of a kind.