Home Archives Profile Subscribe
Song and performance of the year: Pitmen Poets and Ed Pickford's Workers' Song
For Christmas present, greetings from Salut! Live and a tracklist without hits

December 2022 update: thoughts of reviving this post from my Cover Story series, this instalment comparing different versions of the heartwarming song of farewell, The Parting Glass, came to mind as I joined relatives, friends and acquaintances at the funeral of a much-loved Irish neighbour, Jack Murphy. One of his brothers, Georgie, gave us an emotional rendition as the Recessional climax to a beautiful Requiem Mass.

Jack, a handsome, outgoing and ever curious native of Co Wexford, lived to 84. He will be remembered by Marion, Paul, Maria, Christina and the grandchildren - among countless others - as a lovable man who took so much pride in his activities as a builder that he would tell people he'd never done a day's work in his life because what he did always gave him great pleasure. RIP Jack; Joelle and I will raise parting glasses to you ... 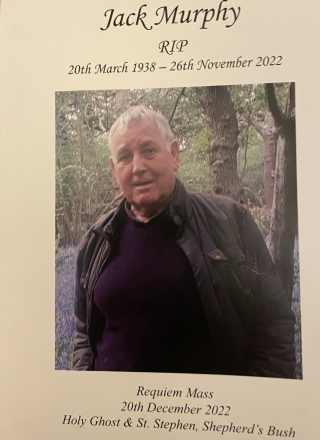 Stuck inside the disc drive of an old Macbook, and probably destined to remain there until the laptop dies, is Bill (aka Belinda) Jones’s highly enjoyable 2019 album Wonderful Fairytale.

The closing track - where else would it be?  - is So Here’s To You, a song written by the late Alan Bell, a much respected folk musician and organiser who gave Jones an early break in her career, booking her for his Fylde festival.

The YouTube link to the track has gone dead but this - from Bill's own site - seems to work ...

It is a very close relation, indeed offspring, of the renowned song of farewell, The Parting Glass, and a beautiful way to close the album.

As for The Parting Glass itself, I am taken aback by the sheer number of artists I admire who have recorded: Robin Williamson (Incredible String Band founder), Sinead O'Connor, the Pogues, Clancy Bros, Dubliners, Sarah McQuaid, Cara Dillon, Steeleye Span ... and many more, not forgetting it was also the inspiration for Dylan's Restless Farewell.

For this, the 55th instalment of my Cover Story series, I can barely scratch at the surface. But after excluding derivations such as the Bill Jones track, and Dylan's, I can say a clear personal favourite has emerged. 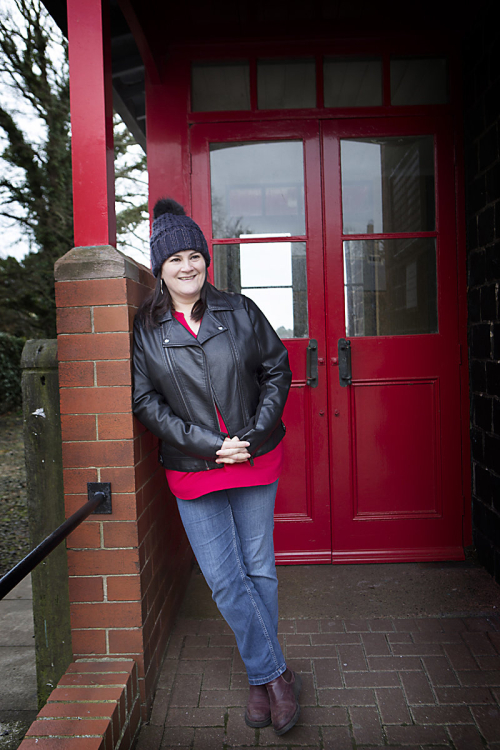 The Parting Glass appears to date from nearly 200 years before Auld Lang Syne, Scotland's most popular song, was written by Robert Burns (I wrongly assured fellow mourners at Jack's funeral that Burns may have written The Parting Glass too, which was clearly wrong). Although it is essentially a "one for the road" song (drink-riding laws may have been indulgent at the start of the 17th century), it can also be seen and maybe started out as a pre-death valedictory.

Part of the first stanza was contained in the farewell letter of a member of the Clan Armstrong before his execution in 1605 for the assassination of a government official,  Sir John Carmichael, warden of the Scottish border territory designated as the Western March.

In a thread at the folk forum Mudcat  -  messages have been left at the time of writing on the song's origins or citing subscribers' own preferences - many go for the High Kings.

Others opt for Karine Polwart  and Dave Milligan, still more for versions by the artists listed earlier. Even Ed Sheeran and Pierce Brosnan get mentions and one wag suggested Sinatra's My Way.

In the same discussion, a regular contributor, Jack Campin, commented: "One of the many songs I would far rather hear sung live in a real gathering by anyone however obscure than on stage or on record by anyone however eminent."

His point is well made. We cannot quite meet the test but by way of second best, here are recordings of three live performances:

Someone at Mudcat said the Voice Squad - Gerry Cullen, Phil Callery and Fran McPhail - only had to record a version for it become his favourite. Here, the trio apply their polished harmonies, accompanied by the Góilín Singers, at Christmas 1989.

Another excellent version came from the same 2014 Royal Albert Hall concert in honour of a state visit by Michael D Higgins, then Irish president, that produced the memorable communal singing of The Auld Triangle.

For the show's finale, Glen Hansard is ably assisted by Imelda May, Paul Brady, Van Morrison and others including London Irish Centre choristers and an audience dressed up to the nines.

By far my own choice, however, comes from an unlikely venue for the University of Wisconsin Eau-Claire Women's Concert Chorale.

"Good night and joy be with you all." Indeed, what a joy it must have been to be there.

But since I began with one song that is not quite The Parting Glass and therefore does not qualify for the main discussion, I will end with another.

pplIt's a treat for fans of early Bob Dylan, me among them. I raise my own parting glass for now to Restless Farewell from his 1964 album, The Times They Are A-Changin'

It may not qualify for the main discussion but "Restless Farewell" is the best of the bunch.

You’re probably not a great fan of the song, Bill. I like Dylan’s variant but almost as if it was another song altogether.

I'd forgotten Robin Williamson had recorded it. I found it on Songs of Love and Parting - 'the green one'. His harp accompaniment is lovely. I then played the whole record - some great stuff.

When I alight upon Robin's section of my hard disk I so often opt for Glint at the Kindling - which has both Mad Girl (my absolute favourite) and Lough Foyle together. So I hadn't played Songs of Love and Parting for years. Thanks for reminding me.

Have to agree with Bill Taylor.