Home Archives Profile Subscribe
The other, superior Folk Colin has left us. RIP Colin Irwin
Rab Noakes RIP: news of his death 'hit me like a heavy ton of bricks'

The Unthanks: cast sorrows away and relish an outstanding musical triumph

It is hard to think that it was as long ago as 2009 that I sat in front of my laptop in Abu Dhabi - where I was then working -  and sent Rachel Unthank a stream of questions which she answered in great detail while making that northbound train journey, important to most of us with origins in the North East, from King's Cross.

At the time, a fierce and not always edifying debate was raging at the Mudcat folk forum about the merits of the band, then known as Rachel Unthank and the Winterset. Having studiously avoided message boards, but intrigued by my question on the topic, Rachel took a look - and gave every impression of wishing she hadn't.

Her reply was refreshingly open, considered and admirably restrained. It can be seen in full here (you'll also find links to other instalments of an illuminating four-part interview)  but the following extract gives you a flavour:

'Well, what can I say! People are truly divided, it’s quite unsettling to be the subject of such controversy! Some people obviously think we can’t sing for toffee whilst others think we are breath of fresh air!.... Just been back to Mudcat and it’s all turned a bit vicious!! I suppose reading these chat rooms is a bit like over hearing people talking about you in a bar.'

How, I wonder very nearly 14 years later as I listen in cooler European climes to the magnificent new Unthanks album Sorrows Away, do those detractors feel now? So much has been achieved by Rachel, her sister Becky and the rest of the band in the intervening period that it must be possible that at least some have come to recognise their immense talent and integrity.

Sorrows Away maintains and further elevates the lofty standards of the body or work constructed by the band under Adrian McNally's inspired direction.

Of particular interest, to my ears at any rate, is the reassuring tradition feel of the album. The Bay of Fundy, already discussed on these pages, may have been written by a living artist (a great stalwart of North American music,  Gordon Bok, now 83), but if its year of first release, by Bok himself in 1965, does not already give the song a hint of traditional authenticity, it sounds as old as the hills. And McNally's clever production, along with the wonderful vocals (Mudcatters please note) of Rachel and Becky fashions a gem of soothing, seductive music. 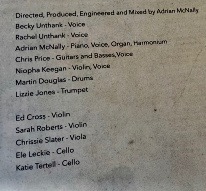 There is an awful lot more to savour on this album.

The harmonies of the beautiful traditional title ballad are sublime; the ballad's plaintive refrain - Sorrows away, heave awa/Sorrows away, heave awa, awa - might almost have been designed to thrust away depressing thoughts on actual modern horrors from Ukraine's plight to Brexit and poverty.

The Waters of Tyne is a perfect choice for a pair of sisters whose allegiance to Newcastle United may well have survived a discomforting new ownership that prompts some mischief-makers among us to rename the club Headchoppers United.

Explore this magnificent album for yourselves. My copy is vinyl, as described in this Facebook post, but in any format we are dealing with an artistic feat of substance and significance..

´It’s for you.’ I was expecting a small package through the letterbox having pre-ordered the Unthanks’ new album some weeks ago. Instead Amazon delivered a large flat cardboard box. Several layers in I found the album in two-LP vinyl instead of the CD I thought I’d specified. Tricky to play in the car but luckily my elder daughter Christelle bought me a turntable last Christmas so I’m happy enough. Sorrows Away is a triumph of magical music.

For a couple of women who cannot sing for toffee, the Unthanks - sisters and band - sound as good as the world's most luxurious confectionery might taste. 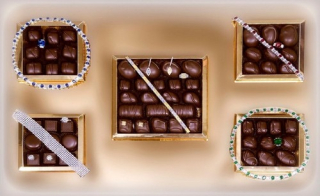