Home Archives Profile Subscribe
Steve Ashley: no audience with the Queen (having a special day)
The Unthanks: cast sorrows away and relish an outstanding musical triumph

The other, superior Folk Colin has left us. RIP Colin Irwin

As I struggle to digest news of the death of Colin Irwin, an outstanding journalist but more importantly a man it was impossible to dislike, images of that kind, intelligent, impish and slightly quizzical face of his stream into my mind.

"The other folk Colin". That's how I sometimes described him. But Colin Irwin was by far the senior partner in this double act. He was an excellent writer, prolific and thoughtful but always elegant and often witty in his prose. 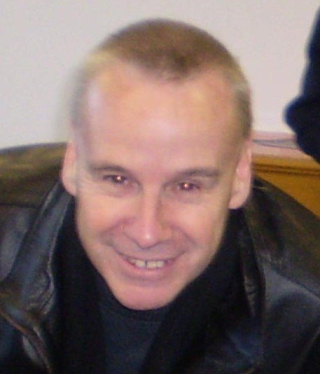 His work was familiar to me, from his spell as the Melody Maker's folk bloke, long before we met.

Like me he started on local newspapers - the Reading Evening Post, I believe, in his case - and went to write with authority and style for the better nationals, fRoots and other newspapers and magazines. He also wrote books and plays. Some of the books were about such lofty figures as Dylan and Cohen: I recall two others, one about Irish music and one which he and I discussed during its making because of its references to my club Sunderland AFC, about football chants and songs.

I admired and looked up to him. When, after years of lapping up his writing, I finally met him, it was as if we were lifelong buddies. We'd see each other at the occasional festival, at the BBC folk awards and on that rare and probably no longer existent treat, the junket for folk journalists.

He recounted tales of folkie hell-raising from early in the revival, long booze-fuelled nights at the itinerant musicians' favourite London haunt, the Columbia Hotel in Bayswater. We exchanged anecdotes about the people we wrote about and the people we wrote for.

And it was me who led him into choppy waters when The Daily Telegraph (in)famously published an obituary on the fiddler supreme, Dave Swarbrick, then seriously ill but very much alive.

The story has been told often enough and is described in more detail here. In brief, I had been sent by that paper to Macedonia to report on the war in neighbouring Kosovo. Soon after I arrived in Skopje, the Telegraph obits department rang to say Swarb was at death's door and could I produce an obit. Reporting duties came first so I suggested Colin Irwin, who duly filed a brilliant piece (which Swarb told me he had very much enjoyed once he had overcome the shock of being sent to an early grave).

It's not unusual for newspapers to prepare such articles ahead of the subject's actual departure. It is more unusual for them to appear prematurely, "breaking God's embargo"  as one senior colleague put it. But over the ensuing weekend, someone in the office mistakenly believed Swarb had passed away and the obit appeared. So we were both innocent in the affair; we were also both constantly reminded of our roles in it.

Typical of both now-departed souls, Colin Irwin and Swarb consented without a murmur when I wanted to use the before-its-time obit as a prize quiz question at Salut Live, the winner receiving tickets for the Cropredy festival kindly donated by Fairport Convention.

Colin's sudden death has left me feeling empty and I have no more words of my own to offer. Rest easy, pal.

This how Colin Irwin's son reported his dad's death on Facebook:

This is Kevin, Colin's son. Dad passed away suddenly last night. We think it was a heart attack, but not sure yet. He was a wonderful, loving, crazy, creative, brilliant man. A truly great, great, great husband, father and grandfather. He had an incredible life. The stories are endless. He was the best.

And this is how music has reacted:

A shock. I’ve known Colin for most of my musical life. A fine journalist, on Melody Maker, fRoots and much more, and writer of books, with his heart deep in folk music, a lovely, modest and kind person (and, showing his care for humanity, a lay funeral celebrant - he was the celebrant at Bill Caddick’s funeral).

Very sad news about the leading UK folk journalist of the later 20th century, and an utterly lovely bloke.

What a shock and a tragic loss. He was always very kind to us Ryburn crowd with reviews and support and indeed kind to the Old Swan Band. His knowledge of the folk scene was spectacular.
On a personal level I’ve been in daily battle with him in an online quiz and his general knowledge was difficult to parry. He will be greatly missed.

So so sad to hear this.
May he rest in peace

Oh no! So very sad to hear this. Colin was a gem. X

I am so sad. We were two Colins writing about folk, him more prolifically , eloquently and effectively than me. I loved his occasional company and his warmth. Then there were his references to Sunderland in that great book about football chants . I share the family’s deep sense of loss

And this is Wikipedia's summary of his life:

Colin Irwin: a British music journalist. Irwin was an assistant editor of Melody Maker in the 1970s and 1980s, before leaving in the summer of 1987 as the magazine moved in a different direction, and editor of Number One magazine in the late 1980s and early 1990s. His book In Search of the Craic details a comic journey around Ireland seeking out pub music sessions and became a best-seller in Ireland. Subsequent books were In Search Of Albion, a similarly light-hearted journey around English traditions and rituals and Sing When You're Winning, about the history and culture of terrace songs at football matches. He has also reviewed music for The Guardian, Mojo,[1]The Daily Telegraph, The Independent, fRoots and Spiral Earth[2] and has been a Mercury Music Prize judge.

Irwin has also presented music programmes on BBC Radio 2. His play The Corridor has been performed in Surrey and Yorkshire. Other plays he has written which have been performed on stage in different parts of the country include 'One Of Us Is Lying', 'When Barry Met Cally' and 'I Am The Way'. In 2017, his theatrical music show, 'She Moved Through The Fair: The Legend Of Margaret Barry', co-written with Irish singer Mary McPartlan was debuted at Glasgow's Tron Theatre as part of the Celtic Connections festival.

Colin was a key figure throughout all my 20+ years as a PR, as I know he was for many. Supportive, fun to hang out with, with a stream of hilarious stories, he knew how to ask the right questions and how to listen. The huge range of his music knowledge was something to behold. When I shared a couple of industry panels with Colin over the years - and was completely hopeless - he was immensely kind. Shocked and saddened to hear this news and send Colin's family love and condolences.

Very sad to hear that. I have come across his name and work numerous times over the years.

So sorry to hear the sad news ,a truly wonderful man who was so willing to share his passion for music with others. Condolences to you and all the family , Colin will be missed by so many.🥲

All the above comments are reproduced from Facebook, where I and others have reacted to the sad news

Shocked and saddened this morning. Many fond memories of Colin Irwin from our times at folk festivals and other events, and him enlisting me as northern folk correspondent for Melody Maker. The volume of moving words being posted on social media today show how well liked he was. A lovely tribute Colin Randall

Really sad to hear this News. Colin was a gifted music journalist, author and playwright and a truly humble kind gentleman. I send my condolensces to all of his family and loved ones. Wishing them all strength and light. May Colin Rest In Peace.

I used to get Melody Maker every week as a teenager in the 70s primarily to read Colin Irwin's reporting in the folk pages! Very sad!!

This is from the Mudcat folk forum

Those were the days eh, when Melody maker had a folk music section. Used to advertise my club there, and of course read Colin Irwin, every week. Another good man gone. RIP.

His reviews in Folk Roots and elsewhere did a huge amount to enthuse me about our genre (wrong word but you know what I mean), especially when it came to Irish traditional music, along with Beethoven and Mozart the love of my life. Cheers, Colin Irwin, even when you got it wrong, which wasn't often...

Am just learning about the incredible career that Colin had. I knew him only slightly as he would turn up to collect his lovely wife, Val, from Surbiton Bowling Club at the end of a session of lawn bowling or match that she had that she had taken part in. A tragic loss for Val and her family and apparently to the folk music industry. This on top of Val only just truly emerging form her own illness ordeal over the past 2 years. My thoughts are with Val and all Colin's many friends. Alan Forrest Kingston on Thames 28th November 2022