Steve Ashley: no audience with the Queen (having a special day)

For most professional musicians, some gigs stick in the memory and for all sorts of reasons. In the final year of Queen Elizabeth II's reign and life, Steve Ashley turned up, as long planned, for a performance in Kent. It was June 2 and most of the country was otherwise engaged ...

This item on a great stalwart of the British contemporary folk scene has had a troubled route from idea to fruition.

Some time in 2013, I heard from Dave Thompson, who had co-written, with Steve Ashley, a book on the same Steve Ashley.

He wanted to share it with me and for me to share it with Salut! Live's readers (I'd like to write "many readers" but apart from days when Googlebots notches hundreds or even thousands of alleged visits to this site, we toddle along on a meagre audience).

So did Steve - toddle along on a meagre audience, that is, at the Kent seaside - but we'll get that in due course. 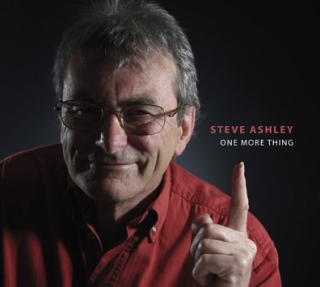 First the book. Dave sent a link to the electronic edition and I fully intended to take a look and, eventually publish a review.

Unfortunately, good intentions often come to nought for a tinpot, labour-of-love sort of website and I forget all about it until Steve posted an unrelated comment here, correcting a sloppy error (I'd inexplicably called Mick Lynch, fine trade union leader/deluded Brexiter, Mick Flynn).

Steve's comment pricked my conscience and I tried to resurrect the idea of a piece about the biography. He gently pointed out that the book was now out of print.

But my question, and obvious wish to write about an artist who has frankly been neglected a bit here, prompted him to add this anecdote about the gig he shared, loosely speaking, with a monarch sadly no longer with us.

'... you might be interested to see a live stream of a strange little gig I did in June at Margate. I've never done a live stream (and wasn't totally sure what it was!) but when I arrived I was told there would be a very low turn out due to the fact it was June 2, the actual day of the Queen's Platinum Jubilee. Then they reassured me that I'd get my fee and they would live stream half of the gig.

So I went into the room assigned for the task and was amazed to see three cameras, excellent sound recording set up and a former BBC man overseeing it all. And the result was really good. My bit starts at around 11 mins 10 secs'

Here, with thanks to Steve, is the link:

I enjoyed the performance and Steve's asides about the size of his audience.

He's 76 now, so the voice is not that of a young man. There are telltale signs of age but the singing conveys wisdom and warmth, qualities also detected in the songwriting. The sentiments expressed are decent and timely, as shown in the anti-war song I shall also post (Steve set that ball rolling by sharing it at the Salut! Live Facebook group which I urge all readers to join if not already members.

I hope, in some small way, my belated inclusion of both clips here makes amends. Read much more about Steve Ashley's life and work at Wikipedia and at his own website and look him up on YouTube.

And here is the bonus clip, Steve's powerful anti-war song from another, better attended appearance this year, in Cheltenham.

He’s wonderful. I’ve followed him for well over forty years and put on a number of gigs. He’s stayed with us a couple of times. What a conversationalist!