Home Archives Profile Subscribe
Inverness and its Dandelion: no burdock but a world of fizzy festival music
Steve Ashley: no audience with the Queen (having a special day)

From wax cylinders to folk rock: Vaughan Williams, 150 years on

This is a hugely welcome piece, published in some haste as I am preparing for my annual return from France to the UK, a 1,400km slog that may be tricky given some tiresome problems at petrol pumps (I reckon I've enough to reach Lille and there may be worse places to be stranded).

My thanks to one of Salut! Live's valued contributors, Andrew Curry, for coming up with the idea of marking the 150th anniversary of the birth of the English composer Vaughan Williams and executing it so well. Any blemishes are likely to be Salut-made and will be fixed asap [and please note that missing links were added on Nov 23) ... 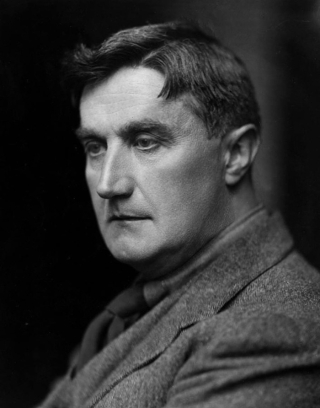 It is the 150th anniversary of the birth of Ralph Vaughan Williams this month, and as well as being a huge figure in the development of English classical music, he was also influential in collecting and transcribing English folk songs before the First World War—along with people like Cecil Sharp and Percy Grainger.

These two facts are related. He and his great friend Gustav Holst saw English folk music as a way to create an authentic English classical music. But he took the collecting seriously: by one account, he made 80 trips a year to collect songs for the best part of decade, cycling out into the countryside with a wax recording cylinder.

In turn, folk music infused many of his compositions, most famously on his English Folk Song Suite, first performed in 1923, which is built around 10 English folk songs. Most of these are in the modern folk repertoire.

So as Salut Live!’s contribution to Vaughan Williams’s anniversary, we have matched up the songs in the suite with well-known versions from more recent recordings.

1 Seventeen Come Sunday was published as a broadside ballad in the 19th century. Fairport Convention have done a version, as have Salut Live! favourites Steeleye Span. This energetic live version is from their 50th anniversary set.

2 Dives and Lazarus was traditionally sung at Christmas, but the song had almost died out when Cecil Sharp collected it in the 1910s. Obviously the version that June Tabor sang with the Oysterband on Freedom and Rain is outstanding.

3 My Bonny Boy was known across the British Isles, from Stromness to Limerick. Anne Briggs has a towering a capella version, first recorded in the 1960s.

4 Green Bushes was collected by Percy Grainger, who wrote an orchestral version of it. Perhaps because of that it’s more familiar in the band and choral repertoire, although Benji Kirkpatrick has a solo version on Spotify. The version here, for harp and choir, was written by Cecilia McDowell.

5 Blow Away the Morning Dew, also known as The Baffled Knight, was first published, with music, in the early 17th century. The magic of the internet turned up a recording of a young Joni Mitchell singing it on the American folk programme Let’s Sing Out. At least she does once the host Oscar Brandt has finishing telling an endless story about a kangaroo.

6 High Germany was collected by Cecil Sharp in 1906, but is known across England, Scotland, and Ireland. It was recorded by both Martin Carthy and The Dubliners in the 1960s, but the version I’ve picked out here is by Pentangle, on Solomon’s Seal.

7 Whistle, Daughter, Whistle is about a young woman who is desperate to lose her virginity. The singer and collector A L Lloyd has a more traditional version, and recorded it in the 1950s, as did Ewan MacColl. The version here is by Peggy Seeger.

8 Claudy Banks was probably collected by Vaughan Williams, and is one of those songs that involves a sailor returning in disguise to test his lover’s faithfulness. It’s been in the repertoire of the Copper Family for years, although there are versions by Fairport, Shirley Collins and the Albion Band and Waterson:Carthy.

9 John Barleycorn is an ancient song, which Robert Burns wrote a version of in the 18th century. It has been covered by almost everyone. For me it’s hard to look beyond the version Steve Winwood did with Traffic in 1970– Traffic had heard the version sung by the Watersons —but youtube threw up a solo acoustic version done by a much older Winwood.

10 The second song referenced in the Suite, Pretty Caroline, doesn’t seem to have worked its way into the repertoire, despite an attractive melody. Perhaps there’s only so much walking out one morning that a girl can do. The original was recorded by Vaughan Williams, and it gives us a chance to hear the material he was working with.

From the notes in the British Library Archive:

Poor quality recording with heavy surface noise. Mrs Powell has a false start... The false start may be explained by Ella Leather's comment to Ralph Vaughan Williams that Mrs Powell was a bit shaky and banged against the table that the phonograph was on.

The recording can be heard here.

My inspiration for this piece came from stumbling across a video that intercut the Folk Song Suite with early recordings of these songs, including Williams’ recording of Ellen Powell. Wax cylinder recordings were low quality, but they could be played back to the singers straight away — usually the first time they’d heard themselves sing— and were easy to transcribe from.

It’s worth saying something about Vaughan Williams’ motivation in all of this. His reputation as one of the grand figures of 20th century classical music and his comfortable upbringing has tended to overshadow his fairly radical politics.

He was as devoted as any Gareth Malone to communal music-making, from his early days as a (somewhat rebellious) church organist to his work with the Leith Hill Musical Festival, conducting amateur orchestras and choirs.

And Vaughan Williams didn’t think that music was about high art: it was something that came from the grass roots and was always nourished by them,
something that needed to return to local and popular tradition to be revived.

He remained involved in the English Folk Dance and Song Society, serving as its President in the 1930s, and he turned down a knighthood. He died in 1958, but my guess is that he would have been thrilled by the resurgence of British folk music in the 60s, 70s and ever since.

And if any of this makes you want to listen to the English Folk Song Suite, here it is: