Late update: news of Judith’s death has been followed with  wretched haste by an announcement that another Australian (albeit UK-born) star, Olivia Newton-John, has also died. She was 73. RIP Olivia

I am also sorry to have to add that Tom  Springfield, brother of Dusty, a very clever man and writer of many of the Springfields’ and Seekers’ hits, died at the age of 88 shortly before this article appeared.

Headline coverage of Judith Durham's death, at 79, has inevitably drawn on the easy wordplay offered by the title of one the biggest hits of her band, the Seekers.

The Carnival is Over, they cannot resist saying. In fact, Durham would have been entitled to feel life was anything but a carnival, despite the great success she enjoyed and the immense affection she generated among admiring strangers as well as loved ones.

Ill health and tragedy complicated her life and bronchiectasis, the lung condition that caused her death, had been with her since a nasty bout of measles at the age of four. 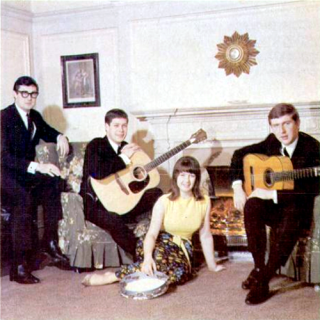 She survived a fatal (for someone else) car crash in 1990, lost her husband Ron Edgeworth to motor neurone disease, broke a hip (preventing her from singing at the closing ceremony of the 2000 Olympics in Australia though she was able to perform from a wheelchair at the Paralympics soon afterwards) and suffered a stroke during a Seekers comeback tour in 2013.

Durham's good fortune, which undoubtedly sustained her through the challenges she faced, was to have been born with an exceptional voice. She sang with great clarity, strength, warmth and versatility and even made people like me, not natural fans of the Seekers' easy-listening pop folk style, take pleasure in her music..

At the Steeleye Span Facebook group, where I first read tributes to Durham after her death (in hospital înker native Melbourne last Friday) was announced, I put it this way:

A sort of guilty pleasure, the Seekers. I was never much of a folk purist but derided pop-folk. We even looked down on floor singers who tried Sounds of Silence. And yet … good, memorable songs worth a listen decades later and what a fabulous voice. We were wrong. RIP Judith

Her friend and manager, Graham Simpson, who was with her shortly before the end, remembers the thrill it gave her that the Seekers' three first UK No 1 hits, I'll Never Find Another You, A World of Our Own and The Carnival is Over knocked the Beatles, Stones and Kinks off the top spot. Simpson’s memories, and description of being at her bedside before she died, made for a heartwarming interview on Aussie radio.

Undemanding they may have been, but the melodic charm of the Seekers’ songs - often written by the supremely gifted Tom Springfield, brother of Dusty (see introduction for mention of his recent death) - was undeniable.

Georgy Girl, the theme tune to a likeable 1966 film, was one of a few to break into the US charts, too, reaching No 2. Like many of the Seekers’ songs,it still sounds fresh and I choose it for my clip, which you may be able to see only by following the YouTube link.

Of course Durham went on to pursue solo projects and demonstrate her ability to impress in a range of styles. Readers are very welcome to recommend their favourite post-Seekers examples of her talents.

The Aussie prime minister Anthony Albanese is not alone is hailing Durham as a national treasure. She represented her country magnificently and deserves the state funeral she’s being accorded. Rest peacefully, Judith Durham.