Aug 2022: a great song and two great performances of it described. Sadly, I still cannot locate a clip of Dr Faustus's version. if anyone out the can help, please write to me at this link or just post something in comments below. English folk music at its best ...

April 2021 update: yesterday, I passed part of the longest drive I've made in months listening to Bellowhead's album Hedonism and marvelling at just how good it is. Big band folk feels like a contradiction in terms but I'm perfectly comfortable about ignoring pointless demarcation lines (and see Bellowhead's John Spiers on the same topic in Comments below).

The song under discussion in this article is a quite outstanding track. but there is much else to savour, from a decent version of Amsterdam, Jacques Brel's epic description of sailors on shore leave, to a rousing shanty, Little Sally Racket, and the irresistibly boisterous instrumental, Cross-eyed and Chinless.

Broomfield Hill appears in the volumes of folk songs collected by Francis James Child, Steve Roud and Cecil Sharp and also among the Bodleian Broadsides, the earliest of the latter dating from 1711. In the Roud list, 47 of 61 versions were collected in England, mostly southern England, and the song also popped up in Scotland, Ireland and the US.

If this site were a little more erudite, we would probably talk a lot more about the Child ballads.

The phrase itself evokes a rural scene in which, perhaps, an earnest Oxbridge don called Child humours farm labourers, factory workers, trawlermen, huntsmen and other toiling folk and records, one way or another, the songs they sing.

Well, that's pretty much what Francis James Child seems to have done, albeit in a good cause that has left its mark on musical history.

He did not, however, restrict his research to low income groups eking out livings in the fields, forests, factories and fishing grounds of olde England, extending his activities to people from all walks of life if they had songs he could collect from them. And he wasn't an English professor but an American one.

Child was born into a genteel working class 19th century family in Boston, Massachusetts. They were poor but young Francis excelled at school and eventually won scholarship to Havard. He becase a distinguished academic, able to apply his skills in many subjects and fields but settling on history, political economy and literature. It was his literary interest that led him to study the traditional balladry of England and Scotland even though he had little passion for the music itself.

Broomfield Hill, sometimes called The Broomfield Wager (and there are other titles), is listed as Child Ballad 43. Various versions were collected by Child and also Francis Douce and Cecil Sharp, and the song follows a familiar theme: aristocrat tries to lure a maiden to Broomfield Hill, offering her generous odds against his boast that he will take her virginity while they are there.

In all versions, she rises to the challenge with or without plying him with a soporific potion supplied by a witch; in some, she is raped all the same or even murdered by the moneyed brute.

Bellowhead's wonderful sense of drama - and their lead singer Jon Boden’s stunning arrangement, which he admits in Comments below was tricky to reproduce live - turns the song into an epic, suspense immediately introduced by a long, slow introduction before the brash opening lines: "A wager, a wager, five hundred pound and ten/That you'll not go to the Broomfield Hill and a maid return again."

With an ensemble that rose to 11 musicians, playing 20 or more instruments including percussion and brass, Bellowhead were probably hopelessly uneconomic but created some memorable sounds before disbanding in 2016 and Broomfield Hill is a classic from a splendid 12-year career.

In my modest, unChildlike researches, I came across other versions of the song but not the one I was looking for.

Tim Van Eyken was the runaway winner of the BBC Young Folk awards on an occasion when I was among the judges.

He is a seriously gifted musician and a compelling singer. I have Broomfield Hill on a CD by his band, Dr Faustus, like Bellowhead now defunct, but cannot find trace of a clip. So for once, I have set up a Cover Story comparison only to be unable to back it on a level playing field with videos of each version compared.

Interestingly, I should have known but have just discovered (March 2021) that two fine British musicians, Paul Sartin and Benji Kirkpatrick, are heard on both the Bellowhead and Dr Faustus versions. My thanks to Paul for plugging my knowledge gap. I also know now that he founded Dr Faustus.

But Bellowhead, by default, take my vote but only because I cannot invite readers to choose between two main performances of the same song unless they, too, come across the Dr Faustus CD, which I remember reviewing with approval for The Daily Telegraph and not least because of the eight minutes of magic that is Broomfield Hill. It would otherwise have been a close call.

Some of you may prefer to delve further.

You can easily find clips at YouTube in which the song is performed ably but without Bellowhead or Dr Faustus's panache by Dave and Toni Arthur, Malinky and a duo I know little of, Ruth Barrett and Cynthia Smith.

None had the impact, for me, of the versions I discuss above. But it is a much-travelled song, with variations found around the British Isles and in North America, and the theme itself is a familiar one in the musical traditions of other countries, so feel free to alert me to further listening.

* Bellowhead included Broomfield Hill on Hedonism which can be bought via Salut! Live's Amazon shelf at this link. The band's website appears to remain active here

** Dr Faustus's 2005 album Wager (the title taken from the song under discussion) is available here. 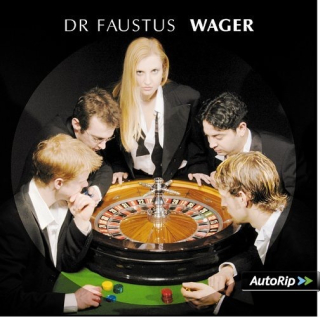 Thanks Colin! Have to say I'm particularly proud of that arrangement. Was tricky live though. - (Jon Boden, Bellowhead lead singer via Twitter)

Love it. So does my nine-year-old granddaughter though She is mesmerised by your shanty on the same album, Little Sally Racket - (also via Twitter, replying to Jon)

Thanks for thinking of us! It seems a while back now, honoured to be thought of in these pages :)

This is superb! I didn't know Bellowhead at all. I see there's quite a bit of their stuff on Spotify so I must go delving into it.
One question, though, and I'm not being entirely facetious: "11 musicians, playing 20 or more instruments including percussion and brass..." can that still be counted as folk music, or is it a small orchestra performing a folk song? I'm trying to picture jamming that lot onto the beer-crate stage at the Aclet...
Is there a boundary between one and the other? What would Ewan finger-in-his-ear MacColl think?
And does it matter a damn, given the sheer excellence of Bellowhead's rendition?

Ha! Yes - some interesting points ... the idea that folk music was always purely a participatory activity and never meant as performance is a common bogus position ... ... but the sheer complexity of that particular arrangement is unlikely to have emerged in the pub from someone who spent all day at work in the fields! All I know is that many members of the band have a deep love of traditional music and it shows in that performance ...
... Broomfield Hill was always one of my favourite ones to play (it wasn't hard for me - I just played concertina and melodeon full on for my bits) ... I was spared the more orchestral parts - which when the band got it right - were absolutely stunning live.