Home Archives Profile Subscribe
Song of the Day: Tommy Sands ... There Were Roses and the Brexit threat to peace
High Love Roots: shades of Caribbean magic on the Med

Bert Jansch: thoughts on a departed giant of acoustic music

July 2022: no pressing reason to update what I wrote in 2011. No looming anniversary I'm aware of, no hitherto unknown detail. It's just that every so often, I think about Bert Jansch, the exceptional music he made and the influence he had ... so here, untouched, is the piece from 11 years ago. Another item, published on the 10th anniversary of his death appears here

So extensive has been the coverage of Bert Jansch's death, and therefore his life, that it may seem unnecessary for Salut! Live to add anything to the long and detailed obituaries published elsewhere.

However, Jansch was such an important figure in British music, especially acoustic music and folk-rock, that it would be negligent not to record his passing and share with readers some material they are unlikely to find in those other accounts. 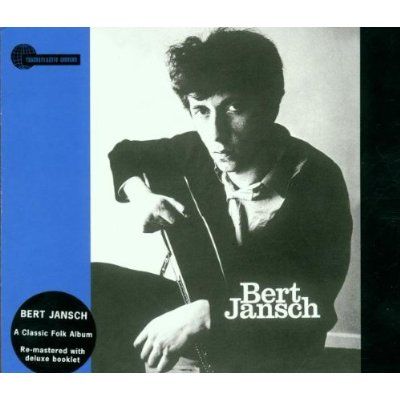 Bert Jansch was a key part of the process that enabled people like me, teenagers or 20-ish in the late 1960s, to hold their heads high when proclaiming a passion for folk and its offshoots.

We did not actually need anyone to make it cool, since we quite liked being different, but it achieved an improbable degree of coolness all the same.

Jansch represented many of our thoughts and aspirations; how many people listening to his music just wanted to pick up their guitars and wander off on the road? And his own playing was phenomenally influential. He did not write Anji, of course, but his version of Davey Graham's classic instrumental was widely seen as the essential interpretation. I felt mightily proud when I decided (without any proper cause) that I had mastered the opening bars, even if I did not have the application or ability to go on and learn the whole piece before more or less abandoning my paltry efforts to make music.

Whether solo, with another guitar wizard John Renbourn (not Scottish, as originally stated here. Thanks much belatedly to John Eason for his comment below; JR died in Scotland in 2015 but was born in London) or in the outstanding band Pentangle, he was a compelling if unpredictable figure of contemporary folk and also his dabbling with traditional music.

But let my friend Ian Evans take up this small part of the Bert Jansch story. First, I will set the scene. Ian posted a comment here when I included Jackson C Frank's Blues Run The Game in my Song of the Day series, mentioning that Jansch was still singing the song 40 years later in his own performances. Now he writes:

I was saddened to learn of the death of Bert Jansch on 5 October 2011. I have been a fan since 1965. Given his health problems, it was pleasantly surprising that he lived to the age of 67. I have set out below a You Tube link of his playing Blackwaterside; he always gave credit to Anne Briggs for teaching him this song. The simplicity and economy of his guitar playing is to me quite remarkable. This is also illustrated in the following link to him playing Angie (Jansch's spelling of the piece).

My reply to Ian, mentioning obituaries (by Derek Schofield and Robin Denselow) that I had seen in The Guardian, prompted further thoughts and links:

On Friday there was also a full page article by Pete Paphides in The Guardian. On Thursday The Times had an obituary which extended over two pages, plus an article by Will Hodgkinson. Never have I known such prompt and extensive coverage by the press of the death of someone who was not a mainstream performer. Such obituaries normally appear weeks later and run to just a few paragraphs. Bert was a minority taste, appreciated by ‘folkies’ but not even by all of them! He only reached a wider audience during his original Pentangle years. He mainly performed in upstairs rooms in pubs except for his recent tour with Neil Young. In these circumstances the press coverage is quite extraordinary, although welcome. It is a reflection of his influence and the respect and affection he commanded. His work was derivative but like all great artists his synthesis of his influences added a new and distinct dimension to them. I have found the following two links which you might be interested in because they revert to the dialogue we had when you recently chose Jackson Frank singing Blues Run the Game as Song of the Day.

Bert almost single handedly kept Jackson’s name and music alive; he almost invariably played Blues Run the Game in his set. I have one anecdote concerning Bert, which is a story I tell against myself.

As I have mentioned previously, through my close mates who performed at The Cousins (aficianados never called it Les Cousins), we were on the fringe of the folk world centred there.

As a result, on one occasion we wound up at a party at Joe Boyd’s pad in Paddington. Bert and John Renbourn were there, amongst others.

We were pretty smashed and on seeing Bert about to open a bottle of wine I rushed over and said: "Bert can I be first?"

In his inimitable drawl, he instantly replied: "You can be anything you want as long as you are not the last."

Although I felt rather embarrassed, I thought what he said had messianic echoes! To this day I can still hear his voice as he said it, particularly the way he dragged out the vowel sound on "last".

* Bert Jansch was a glaring omission from Song of the Day, which ended all too soon when I ran out of time to research, write about and post new items. I belatedly, and with apologies to Ian and other Jansch fans, offer this classic track, Strolling Down The Highway, from the eponymous first album pictured at the top of this article.

Nice tribute, Colin, but as someone who used to sub you on the Bellylaugh I have to point out John Renbourn isn't Scottish (I have that on the authority of his sister who was also a sub).

Well written, appropriate and heartfelt tribute about a lasting legend. I appreciate the references to Jackson C. Frank. Bert has been quoted saying JCF was his favorite guitar player.

Truly a giant. Is there anything bigger than a giant that would be Bert Jansch

It’s a fine piece, Colin. I especially appreciate your returning to Bert through no anniversary of his life or passing but simply because his music has stirred you, and continues to do so. I had to laugh a little. I remember Pentangle posted in this group a few years back, and a member (Frank, god love ya) remarking something to the effect that they were a homely bunch and not much to look at…
But this is the gold that shines through here. Authentic. My god, Bert is authentic. I can believe him. He feels like I do - we both bleed red blood when we’re cut - we both wake up with puffy eyes and big heads after we’ve drank too much the night before; we both love too much and poorly when we do. Your article has captured that element of Bert ✨