A few days before the Queen's Platinum Jubilee, we took our 13-year-old granddaughter, Maya, to Windsor.

In truth, the castle, flags, bunting and stately emblems left her cold until we chanced on a Reuters broadcast crew interviewing a suitably costumed souvenir shop owner. That fascinated her a little.

Maya's mood perked up further when we ate fish and chips by the river and took a short cruise on the Thames, afterwards pausing to admire the swans. The cafe had been "dry" and we fancied a beer or glass of wine - my wife and I, that is - but we didn't even check whether the Two Brewers pub at the entrance to the Great Park had finally joined the 21st century and lifted objections to grandparents stepping inside with a child. 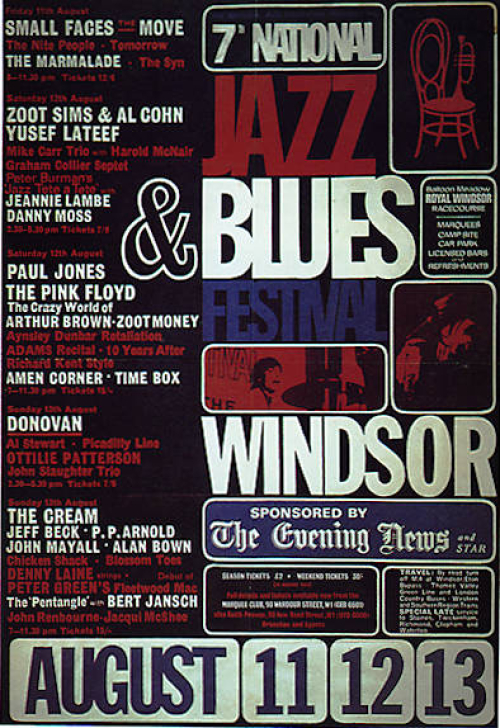 The Reuters reporter asked if I'd like to be interviewed. I said that as a fellow-journalist, I might be an inappropriate candidate for her vox pop.

Had she persisted, I'd have expressed respectful but balanced thoughts; even though I am not a royalist, I do quite like tradition and Queen Elizabeth's reign has been a feature of almost my entire life.

And I enjoy visiting Windsor, which I first saw 15 years into that reign when I hitch-hiked down from County Durham for the 1967 Jazz and Blues festival at the riverside racecourse. 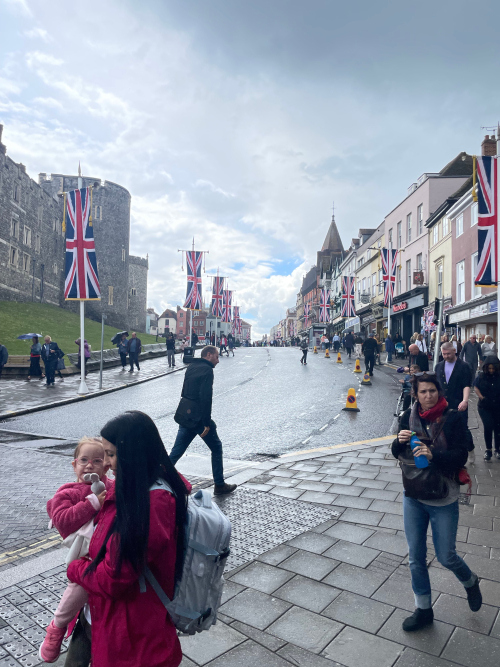 Fifty-five years on, I remember very little. I was then working (unhappily) in the offices of an engineering factory in Darlington.

The colleague with whom I travelled to Windsor - Dave is the name that springs to mind but I may well be wrong - was cooler. He'd been at the Jimi Hendrix gig, part of Chas Chandler's campaign to unleash him on the UK public, at a small venue in the town and I had not.

The rides down were a lot less troublesome than those back. I remember that very clearly, especially one protracted early-morning wait - South Yorkshire maybe - for a northbound lift.

Pink Floyd were billed but pulled out. But I should know for sure whether I saw Cream, John Mayall, Geno Washington and others. Move, Marmalade, Zoot Sims, The Crazy World of Arthur Brown, Donovan? I'm sorry but I'll have to pass. I remember heavy rain pounding on our tent but so little else.

It was the first music festival I'd attended. I have a good memory of most of the many that followed. Windsome, lose some. 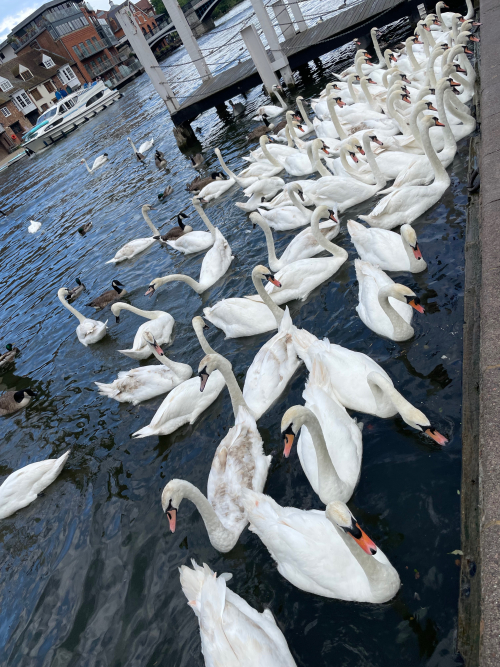 And finally a shout-out for the Two Brewers

Welcome to the UK. Windsor teeming with foreign visitors accustomed to civilisation and next to the park, the Two Brewers adapt ‘liberty’ to include the freedom to ban a child of 10 with her grandparents pic.twitter.com/KHpOipnLxn

P P Arnold... there's a name I'd almost forgotten. Still active on the music scene. She did a lovely version of "First Cut is the Deepest," though I always preferred Merrilee Rush's rendition of "Angel of the Morning."
I was at that Jimi Hendrix gig in Darlington, too. Someone (not me, alas) pinched his guitar at the end of it; if it's ever recovered it'll be a real collector's item, too.
I saw Donovan in the mid '80s at a free outdoor concert in Toronto. Worth every penny. When he came on stage, someone in the crowd yelled, "I thought you were dead!" And Donovan replied smugly, "Not yet." Here we are in the '20s and it's still "not yet."
Was there ever a music festival in Britain that wasn't at one point or another deluged with rain? I still remember driving home from my girlfriend's house outside Darlington in my disintegrating MG Magnette. This would be 1968. It was bucketing down. As I was negotiating the roundabout over the A1, there was a hitchhiker looking like a drowned rat and vainly trying to shelter himself under a sodden newspaper. I stopped and... it was you! I wonder where you were coming from - an epic no-sleeper at Les Cousins in London or some festival in a mud-clotted field?

Eileen Jennifer writing it has sharpened memories a little. I now think I must have missed, for one reason or another, some of the acts. For example, I have perfectly good recollection of seeing the famous Blind Faith concert in Hyde Park so would surely remember if I’d seen Cream at Windsor. Likewise, I’ve seen John Mayall elsewhere and am sure I’d have some memory if I witnessed his Windsor performance. I didn’t join in the booing of the Small Faces though I somehow recall not thinking much of their set.