Home Archives Profile Subscribe
Leon Rosselson: me, Brassens and the Last Chance, touching on Brel, Sylvestre and (always last) Ferré
As Kate Bush's Running up that Hill wows the world (again), there are stranger things than loving Irish music

This started out as an add-on to an outstanding essay written by the gifted and versatile Leon Rosselson, possibly my favourite songwriter in the face of enormous competition.

It fully deserves its own slot and here it is, promoted from mere footnote status.

I have been writing about Rosselson for 30 years or more.

Politically, I am broadly left of centre, probably to the left of many senior  current Labour figures, even if I spent half my working life on a newspaper of the right, The Daily Telegraph, otherwise (in those days)  a decent publication whose reporters endeavoured to cover the news fairly. I hate the personal inconvenience caused by transport strikes, for example, but find no difficulty in supporting the struggles of ordinary people, rail workers included, whatever the DT now requires its staff to say.

But no one stopped me reviewing him favourably and that was the old Telegraph at its best. News reporting was my metier but I think Rosselson appreciated what I was able to do with my sideline, bits and pieces for the Telegraph's arts pages. Only once did we fall out: I was disparaging about an album of covers of his songs. He was probably right.

This zoom concert, the brainchild of the radical People's Music Network in the United States (which the US Supreme Court's Talibanesque ruling on abortion means we should start referring to the country as Gilead), makes a mockery of the objections I raised then. It's packed with covers and they are exceptional. 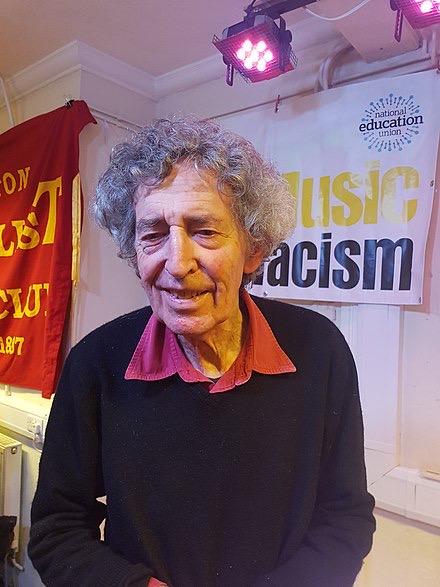 I watched it in full this morning, in the basement I use as my office in a part of France where the odious far right, version Le Pen, won in the recent legislative elections. Small comfort but if Le Pen is the far right XL, the far right of Eric Zemmour is XXL, and he could easily have won the same seat.

Please share my joy at the  exceptional renditions of Rosselson's songs by Billy Bragg, Nancy Kerr (who also co-comperes exquisitely), Janet Russell, Martin Simpson, Nancy's mum Sandra, Elijah Wald, Chris Foster, Robb Johnson and, crikey, many more. Despite life-threatening ill health, our hero contributes My Father's Jewish World, a treasure of a song that might have brought expulsion had he belonged to today's Labour Party.

I enjoyed every song and every spoken memory in this Zoom clip, recorded quite recently with the pandemic in retreat but unbeaten. Nancy Kerr and Charlie King are splendid comperes and both chip in with songs. 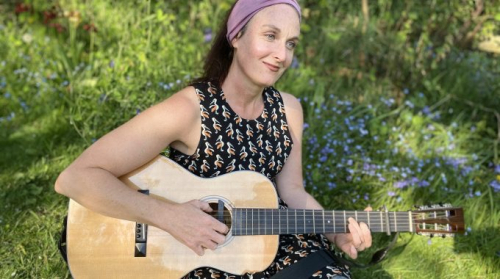 My recent references to Leon, coinciding with his 88th birthday, also produced this Facebook exchange, repeated at Salut! Live, with my very good pal  Pete Sixsmith, a retired history teacher.

I used to do a great lesson based on his song The World Turned Upside Down.

I’ve been in your classroom, Pete, but wish I’d been there for that lesson. I suspect Leon would have enjoyed it, too

Let us never forget this immense talent. And let us wish him better health than he's experienced in the past 12-14 months.

4) Janet Russell "All That Is Different" (UK)

7) Elijah Wald "We Sell Everything" www.elijahwald.com (US)

10) Charlie King "Whoever Invented the Fish Finger" www.charlieking.org (US)

11) Russ Chandler "The Voice That Lives Inside You" www.russchandlermusic.com (UK)

14) Rick Burkhardt "The Poet, the Wife and the Monkey" www.rickburkhardt.com (US)