May 2022 update: on Saturday May 21, I was among 46,000 Sunderland supporters who witnessed a rather important win at Wembley (there were also 26,000 people there who did not support Sunderland and even that left lots of empty seats we could easily have filled had tickets been availabe). It was important because it ended four years of turgid hell in what the football authorities laughingly call League One (it's actually the third division).

At full tim, we all belted out the single verse that was played of our unofficial anthem, Elvis's Can't Help Falling in Love With You, and I have added a clip of that. But for now, I shall keep my musical celebration to the wholly irrelevant tale of double murder and double execution that happens to be my favourite piece of music by one of my very favourite bands, Steeleye Span ... 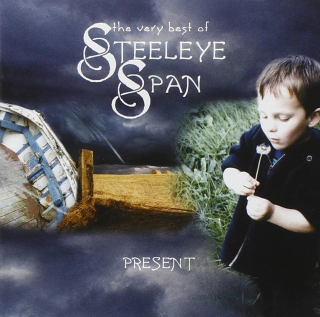 The Wainwrights challenged my belief that no one other than Maddy and the lads could ever do the song the justice it deserves. I even wondered briefly whether their version might just have the edge.

But excellent as the sisters'  treatment of Long Lankin is, I need only to watch the clip again to see this as Steeleye at their finest ... 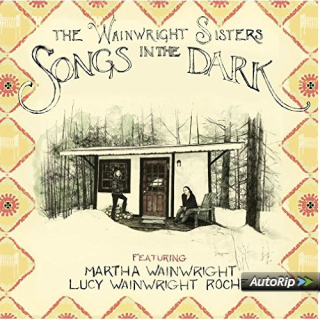 I've said a few times that Long Lankin is Steeleye at their finest. For me, it's their signature song that sums up what the band are all about.

Excellent. I don't find this a hard choice (although I generally try not to approach song comparisons as contests). For me, the version by the Wainwright Sisters is the better. Its sparse a cappella presentation, and the particular eerie harmonies they've chosen, so fit the story. And I haven't heard that recording before, so thanks for that.

The Wainwright Sisters for my money with Steeleye Span a close second and Alasdair Roberts a long way third.

I find the Steeleye Span track utterly unlistenable: I suffered through three minutes and thirty-one seconds of it before hitting the pause button. It is everything I don't like: mushy instruments covering up the words of the vocal enough to make them indecipherable. It creates a mysterious atmosphere -- that I will grant you -- a mood, if you will -- but at the expense of clarity and of the story of the ballad. The Wainwrights' version begins with more promise: they begin simply and I prefer the tune they use for this ballad to the one chosen by Steeleye Span, but what's needed here is a commitment to simplicity so that the full horror of the ballad steps forward. If I run across a version I admire I'll add it.

Editor’s note: this comment reproduced from Facebook refers to my acknowledgment that Sunderland winning at Wembley and me loving Steeleye amounted to a tenuous reason for linking the two things …

I think this is a beautiful place for it, just considering your connection to steeleye span and the true amazingness of steeleye span I can’t remember how much of their music I have in all possible forms.

Not familiar with this song but, having listened to all 3 versions, I would also place Steeleye Span's version first. Classic folk-rock (as it used to be called in my day). The Wainrights’ version is the one for actually understanding the words in a more conventional folk style. Absolutely hated Alasdair Roberts version. Awful voice and (as Bill Taylor said) the percussion was all wrong.

For anyone confused by Bill’s self-contradictory comments above, this exchange at Facebook should clarify:

Me: ´ Bill Taylor is , of course, perfectly entitled to this change of mind. I did have a brief moment of preferring the Wainwrights before reverting to Steeleyé

Me: ´the Wainwrights’ version is stunning and they add superb detail to the story. As i said somewhere else, could be three different songs. I also place Alasdair Roberts third by a distance, without disliking it at all’