May 16 2022: see what I wrote eight months ago when re-posting this items about Ron Kavana's song. Now, I accuse the British Government and the DUP of putting in danger - in the name of a shabby project called Brexit - the significant advances towards peace made in Northern Ireland since the Good Friday Agreement. The people of NI voted with a majority of nearly 56 per cent to remain in the EU. A majority of the politicians those people have just voted for in Assembly elections believe that if there has to be Brexit, the NI protocol - part of what Boris Johnson loudly hailed loudly as an absolutely amazing, 'oven-ready' deal - should stay in place. The minority Leave/pro-Brexit/anti-protocol position looks like prevailing; Boris has been trying to chip away at his own deal ever since he famous "got it done" boasts won his a n election. The effects would be unpleasant and long-lasting. Sept 2021 update: the late Mo Mowlam, so decent and passionate a Northern Ireland Secretary that you can be but amazed that Brandon Lewis occupies the same post, called it the flawed peace. That is pretty much what we had until Brexit began to cast its murky cloud over the process. The hope this song embraced pre-dates that rotten project, one Northern Ireland emphatically did not want or vote for ... 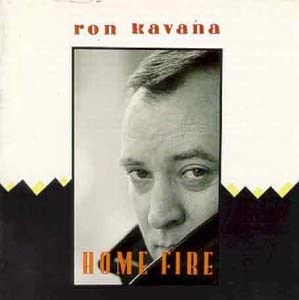 Long, long ago, I drank cup after cup of tea in the home of a charming woman, influential in a highly sensitive area of what she called the north of Ireland and the maps identify as Northern Ireland.

We discussed burning issues affecting her troubled land. I had a reason for being there which might even now be inappropriate and perhaps unsafe to explain. In order to bring to wider attention a grievance (with the authorities) that she was eager to expose, I needed - as a reporter representing a fair, as it was then, but conservative newspaper - to be sure in my own mind that she was personally hostile to terrorism.

It took baby steps on her part, a lot of cajoling on mine and a good deal of verbal gymnastics to reach the required position (I'd happily debate, but more privately, the reasons why it was necessary and why she was initially reticent) but reach it we did.)

One of my general points was that as someone who felt Irish nationalism was an entirely honourable position, one I'd adopt without hesitation if born in either part of the island, European unity - with all it had done to foster peace - meant there was no longer a cause worthy of a cut finger, let alone loss of life.

Where Brexit leaves that part of my argument is, of course, open to question. You know my thoughts if you read the update above,

It does not affect my view that blowing up, shooting and occasionally torturing men, women and children is a ghastly and evil way to make a political case. And so to Reconciliation, a song by Ron Kavana, an Irish-American singer, writer and bandleader, about whom you may read more here and here.

I have seen Kavana live and he is, or was when I saw him and this is many years ago in Belfast, electrifying; an acoustic set followed by a pulsating amplified one that had nationalist teenagers producing mesmerising steps combining traditional Irish dance and disco.

In his writing, Kavana appears to oppose but understand political violence.

Now there's a time to fight,

And there's a time for healing

As the sun would melt the snow On clear, bright April mornings.

Our fight has run its course

Now is the time for healing

So let us all embrace

But it is an outstanding song in my view, one the best of the let's-put-conflict-behind-us genre, beautifully constructed and - in its writer's hands - faultlessly delivered.

I would take this over any other version, though there is competition as you shall see.

Dick Gaughan is a gritty socialist, a Scottish-Irish singer-songwriter whose moral support I recall with affection from when I and fellow journalists on local newspapers were on strike. He had played at a folk club I ran and, having stayed the night, joined a few of us next day in sinking revolutionary quantities of ale at my dad's workingmen's club.

Just listen to his Both Sides of Tweed; there are not many songs he performs that I do not consider the essential interpretation.

I admire the clarity of the singing of the Cape Breton group, the Cottars, and also the Irish group The Voice Squad's fine harmonies. This immensely gratifying Cover Story is not, as I have made clear, a contest.

But choice is human and mine is Kavana. Buy his album, Irish Songs of Rebellion, Resistance and Reconciliation at this link.

Tough. All very different but for me it would be Dick Gaughan. Love his guitar playing, voice and the simplicity of the arrangement

I hunted up The Voice Squad so I could hear their version, too. After hearing The Cottars, I found Gaughan's and The Voice Squad's tempo a tad too slow. Who knows what would have happened had I heard them in a different order? I was loving the straightforward singing of the Cottars until they mucked it up with overbearing harmony on the last verse. I have not yet heard a version I can fully endorse.

Sharyn: I think the Voice Squad clip was lost before my update but will try to restore it. Did you not rate Kavana’s version?