This originally appeared at Salut! Live's parent site, Salut! but belongs here, too ... I have chosen different images

Concert debout, it said on the printout of the ticket. I saw that only after I had booked. The realisation that it would be standing room only for the Cats on Trees concert in Puget-sur-Argens, just back from the Mediterranean resort of Frejus, came too late to have second thoughts. I am glad it did.

The era of masks, the passe sanitaire - a QR code proving vaccination status - and now social distancing are behind us, even if Covid itself is not. Far too old to act like groupies or teenypop super-fans, we nevertheless avoided the claustrophobia of standing in the middle of a big audience at the Mas d'Hiver and stood within easy infection distance, directly in front of the quartet on stage. Again, I am glad - pending any positive test - that we did.. 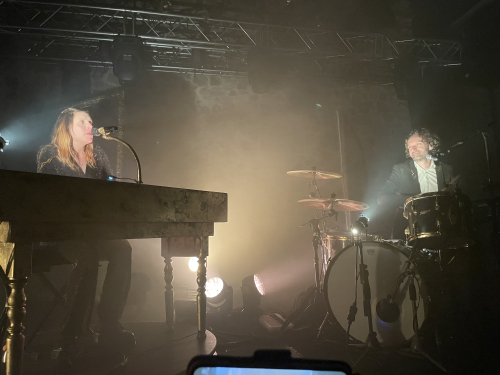 As I have said before, Cats on Trees are evidence that French popular music can, or at least should, travel. Technically a duo - Nina Goern and Yohan Hennequin - they are augmented by a multi-skilled Charlotte on fiddle, keyboards, backing vocals and a bassist (names to follow!).

They are from Toulouse but sing almost exclusively in English. But only in the francophone world are they particularly well known. Even there, it took the superbly hypnotic Sirens Call to win a serious following.

A splendid rendition at the Mas d'Hiver had the audience, already on its feet, joining in boisterously when invited by Nina.

Beyond France and maybe Belgium, Switzerland, Quebec and other French-speaking areas, this English-language song is probably known only to those who have seen a missing girl series Disparue, on which it is played over the closing credits. 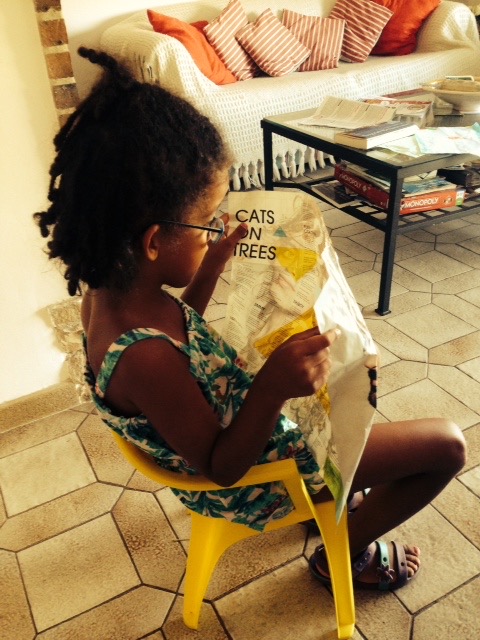 The other reason for standing at the front was to make sure we could get photos for Maya, our granddaughter and possibly the biggest UK fan of Cats on Trees. She would have loved Sirens Call but also Flowers and much of the newer material. A gifted singer herself, Maya would have been entranced by the pre-encore finale of all four kneeling at the edge of the stage for a beautiful slice of a cappella. 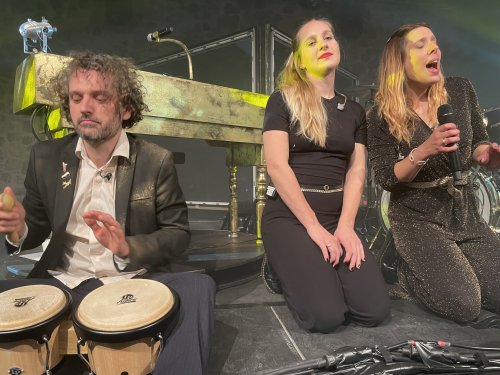 When I interviewed the duo a little whole ago, I suggested to them that whether or not they would thank me for  writing about them at a predominantly folk site, I could see tchem fitting comfortably on to the bill at the famously eclectic Cambridge Folk Festival. I stand by that view.