April 2022 update: this is an item first published between lockdowns in 2020 and republished for the sake of it. Before returning to the UK after our usual spell in France, we had spent a few days in Cinq Terre, a glorious series of villages tucked into a short strip of the Italian Riviera. There was lots of walking, spectacular train journeys (the key when visiting Cinq Terre is to park and forget your car and go everywhere on foot or by rail) and an open-air evening of Italian classical music beneath the cliffs, chairs set sensibly apart and temperatures taken.

On the way there from France, and again on the way back, we stayed in the Italian resort of Alassio and enjoyed more music, if deprived of one song that is heavily discouraged in parts of northern Italy ... 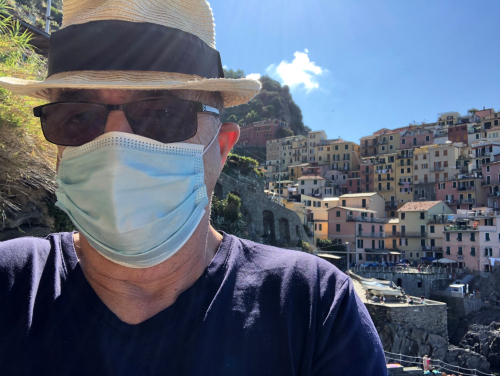 On each of those two nights spent  of Alassio, we ate at a restaurant called the Galeon.

The food was good but the second visit was made because, as for the first, entertainment was to be provided by a duo formed by the outstanding Consuelo and her musical partner, also highly accomplished but whose name I now forget.

I really wanted them to perform Bella Ciao , originally sung by downtrodden women working in Italian rice fields and later adopted by anti-Mussolini partisans fighting fascism. And I told Consuelo so.

If she sang it at all, it would have been after we left and that was a couple of hours or more into the indefatigable duo's set, a marathon that stretched from Blowing in the Wind to Italian classics.

"Fair play to you, it's a great song," I once heard the Irish chanteuse Dolores Keane shout back when someone called out for Peggy Gordon. "I just don't sing it." And maybe Consuelo doesn't include Bella Ciao in her  seemingly inexhaustible repertoire. You'll need to read on to find out ...

Is Alassio simply a little too close to far-right strongholds of northern Italy for anyone to want to take chances?

There are indeed places in that part of the world where officials have sought to ban public performance of the song.

Saeed Saeed, an arts writer for The National, UAE and therefore a sort of colleague though I write only occasionally for the same paper these days, quotes an Italian swing bandleader Mark Zitti (he fronts The Fratelli Coltelli) as saying it can be considered "impolite' to play it back home because of the associations with civil war and painful memories.

It's a fiery, defiant and exuberantly melodic song and always goes down well among most people who catch the Fratelli Coltelli at their regular UAE gigs (or should that be "caught" in our grim Covid era?). And its popularisation, courtesy of the Netflix production Money Heist, has ensured its place as a favourite among European audiences whether or not listeners and dancers have the faintest idea of the song's history.

As it happens, I have discovered since first posting this piece that Consuelo accepts the song cannot be sung in parts of her country without offending sensibilities. She has told me so in an exchange of texts. 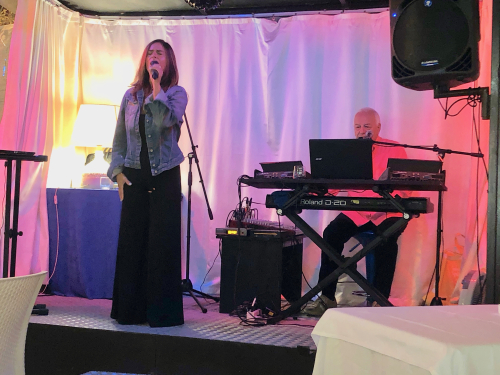 So, rather than turn to Hungarian or Dutch punk and "club banger" versions, as mentioned by Saeed but unheard by me, I shall return to my first acquaintance with Bella Ciao.

The Tinkers were a London-Irish band in the 1960s with plenty of rebel songs to choose from so it was an entirely logical choice for them.

They traded on strong instrumentals and the outstanding Maureen Kennedy Martin, whose rich vocals sound as fresh today, on record, as they did more than half a century ago. I was delighted to able to dig a clip of their interpretation, from an album I still have somewhere in vinyl. Perhaps it will give a nudge to Consuelo ...