Norma Waterson: further thoughts on the passing of a great folk character

At two of my favourite Facebook groups, Uncharted Jukebox and 60s 70s Folk Music, I have been banging on about Norma Waterson, who died on Jan 30 aged 82.

And why not? She was a great and versatile singer and a standard bearer for folk music. Norma was also, in my admittedly limited experience, a truly good, warm-hearted person.

I hoped I was not overdoing it with my posts here and mentions on social media. But then I also reflected on whether I had properly championed the work of Norma and the family group, the Watersons, where it all started. I had not, neither here nor when I wrote on folk for The Daily Telegraph. Not never, just not enough.

If someone accused me of being a bit maudlin when writing about important folk figures who pass away, I'd have to plead guilty. Long before my own age, 73, many of us begin to think about mortality. I may hope that I keep reasonably fit and healthy but can hardly escape the reality: I may not be so long behind Norma.

These thoughts may help to explain why the pages of Salut! Live so often dwell on music and artists of a certain age. It's something I try now and then to rectify but I am also guided by my own experiences of the music I, and probably you unless you arrived here by accident, love.

Enough! Let's just rejoice at the wonder that was Norma Waterson and, before her other musical exploits, the magnificent family band.  Three of my favourite tracks coming up ... 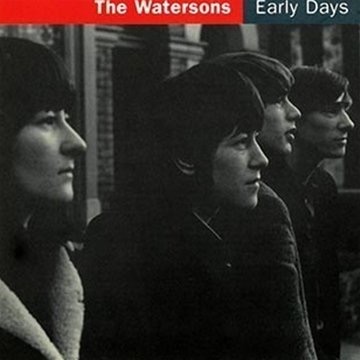 These are mere morsels of the Watersons' catalogue, tracks that give me enormous pleasure.

First up is a song I have always loved, North Country Maid. The sentiments expressed in the lyrics, a woman who has moved south but yearns for her homeland, strike deep into my heart as someone who grew up in the north of England - and moved south. Have I heard better versions? No, but Norma's daughter Eliza Carthy sang it brilliantly, a cappella, at a folk club I visited in north London many years ago.

Norma, sadly due to her ailing health, was absent when the second clip was recorded at the Whitby folk festival. But the rest of the family, husband Martin Carthy among them, combined to great effect in a performance that enriches the Watersons' history.

And here, Norma is joined by Martin and Eliza in a formidable defence of a routinely persecuted group, travelling people. The song was written by Ewan MacColl and Peggy Seeger.

If you want to explore further, my appreciation of Norma Waterson can be seen at https://www.salutlive.com/2022/01/norma-waterson-a-distinctive-voice-of-english-folk.html

Norma was a force of nature, Colin. I remember vividly hearing The Watersons on record and being astonished by the sound as much as the songs. My cohort here in Scotland were similarly blown away. We immediately started singing those songs ourselves. Then they came to play at Rosyth Folk Club. They were magnificent. They were like The Band in that they sounded 60 years old when in their 20’s!