Loft vinyl: (8) which LPs to pack for France. McGarrigles, June Tabor and Nanci Griffith in, Cream and Chopin out

The loss of a cat freed up a lot of space in the car for the grand return to France. With Monette to transport, room had to be found for her cage, litter tray and food. Sadly, she is no longer with us. RIP, petit chat.

But just as a new road, tunnel or bridge always seems to encourage more traffic and do little or nothing to ease congestion, spare space in a car is easily filled. The box containing my new turntable took up a fair bit of that space and I decided to bring only a selected few of the LPs retrieved form the attic and even they had to fit inside that box. 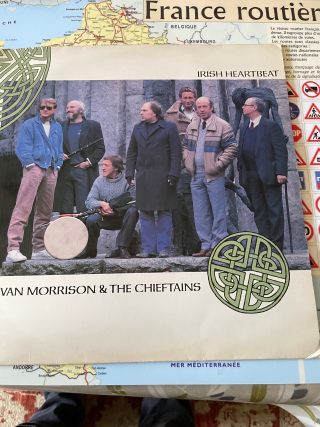 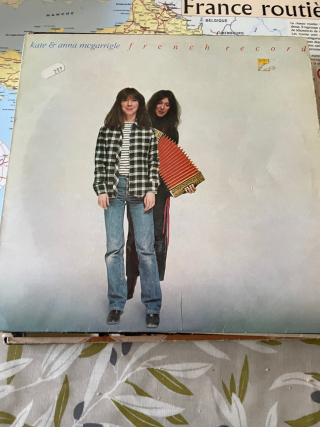 The choice was made and remade at intervals as I packed the car. In the end, I left behind lots of classical music, Fresh Cream, all my Clannad albums and most of the ones by Steeleye Span and Fairport Convention.  Maybe they can join us next time.

I did insist on including the McGarrigles' French Record - that seemed a must -  along with June Tabor's Ashes and Diamonds and the Beatles' Sgt Pepper's Lonely Hearts Club Band.

Room was also found for very early Steeleye and Fairport records, two French chanteuses (Barbara and Francoise Hardy), the wonderful if short-lived Irish-American-Canadian fusion of Touchstone, a fair bit of Irish rebel music (needed for a forthcoming piece on these pages) and - despite revulsion at views expressed by Van the Man (vaccination) and Eric Clapton (race) - the Chieftains/Morrison collaboration Irish Heartbeat and the classic 1960s "Beano" album by John Mayall's Bluesbreakers then including Clapton. Nanci Griffith's Little Love Affairs is in the boot, too.

More about some these records will follow once I am re-installed chez moi.

No apologies, meanwhile, for choosing once again a magnificent combination - Nanci Griffith performing her beautiful song  Little Love Affairs with the Chieftains - as one of my chosen clips:

And in such dark times for the world, it seems right to give another airing to June Tabor's classic interpretation of Eric Bogle's noble anti-war anthem Mo Man's Land. From the record I've brought with me, No Man's Land ...

Good choices, by and large, especially Nanci Griffith and "Irish Heartbeat." Never a quibble about "Sergeant Pepper" either. At risk of sounding heretical, "No Man's Land" has always struck me as rather contrived. Not a terrible song, by any means, but I'm not at all sure I'd ever call it "noble."
Sad that it's music and not Monette that's travelling with you. But perhaps in Le Lav, there's a chaton a besoin d'une nouvelle famille just waiting for you...

Not sure why I chose the Beatles. Sentimentality maybe. We'll see. I haven't played it yet! No Man's Land is a nearly perfect song, utterly noble.