Cover Story: (68) Mary from Dungloe. The Johnstons, Christy Moore and Daniel O'Donnell or A N Other

When I wrote about Clannad in a recent instalment of Salut! Live's Loft Vinyl series, I recalled a hitchhiking trip to Ireland towards the end of the 1960s. Yes, I'm that old.

The itinerary was mostly unplanned but one stop was intentional: my then girlfriend and I spending the night in a Donegal pub owned by Leo Brennan, an Irish showband musician whose daughters Moya and Enya (yes, that Enya) and other family members went on to to form Clannad.

Why that location? When the song I feature in Cover Story today came back into my mind, I remembered the answer. 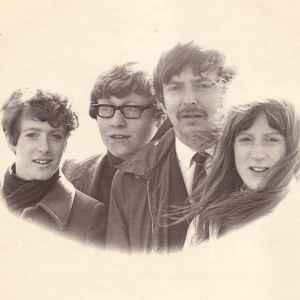 Clannad were still in the future but the pub was at Meenaleck, in the Gweedore area mentioned in Mary from Dungloe, a beautiful song ostensibly inspired by the familiar Irish theme of emigration but actually based by its composer Padraig MacCumhaill on a doomed real-life love affair between a 19th century Donegal couple.

It had topped the Irish charts in 1968 as a single by Emmet Spiceland, a group that included Donal Lunny and Mick Moloney, both to become giants of Irish music, and much favoured by friends of Irish parentage back in my home ground of County Durham. I added it to my own repertoire, badly though I am sure I sang it, and for a time regarded it as my favourite Irish song. Later experience would introduce so much wonderful music into my musical consciousness that I'd be hard pressed to choose one favourite now.

But such was the popularity of the song, particularly among members of the great Irish diaspora, that it inspired the creation of the Mary fromDungloe International Festival, Donegal's answer to Co Kerry's renowned Rose of Tralee gathering.

If deciding to visit a place because it is mentioned in a song seems a somewhat thin reason, I remember it well enough to suggest it was worthwhile enough then. I think we must have chosen the particular bar because, having got to the area, we found it had a reputation for live music.

Donegal was a must-visit part of our otherwise haphazardly planned trip. It is a truly gorgeous corner of Ireland where I later spent many happy times, not least in the company of a great Belfast buddy and journalistic confrere, the late Neil Johnston, who had a tiny cottage there.

The song will strike some 2022 listeners as twee. I beg to disagree, though I do think it needs to be delivered in the rights hand and by the right voices.

Emmet Spiceland can properly be seen as key innovators who helped to move Irish traditional and ballad singing to new levels, building on the foundations laid by the likes of the Clancy Brothers. But this performance, though good, was geared to the popular success it earned and I do not feel it has aged as well as the version by the Johnstons, of which Moloney was a founder member.

I did not expect ever to feature Daniel O'Donnell on these pages. He is an extremely popular Irish country singer but simply no more to my taste than, say, Val Doonican or Engelbert Humperdinck. Nor, in honesty, did I expect to encounter him in duet with Christy Moore.

But here, on the late Gay Byrne's RTE Late, Late Show, is an honourable version of the song, I share the view of the view of the YouTube reader whose comment follows the clip.

'This is a great duet. It was a strange pairing, but it worked. They both come from totally different musical backgrounds. However, Daniel O'Donnell has always had a great respect for old Irish songs. I don't think it would have worked with any other Irish country singer. It wouldn't work these days, because the modern generation of Irish country singers are garbage, and have no respect for our ballad tradition' - Michael Dineen

Others, including Donna Taggart and Tommy Fleming, probably deserve mention for the excellence of their interpretations.

But I find the Johnstons' version more compelling than any of them, the voices of siblings Adrienne and Lucy Johnston combining in perfect harmony.

Perhaps the sadness and loss depicted in the song feels all the more evocative on the lips of Adrienne, who died at just 36 in what can best be described circumstances that have never been adequately explained.

As a bonus, stick around after the clip or scroll down and you will hear the group's superb rendition of Ewan MacColl's Travelling People.

*Loft vinyl: (4) Clannad and a night, drive and band to remember

You won't just hear the Johnstons singing Travelling People, you appear to have linked to the whole album! No complaints from me - I'll be back when I have a little more time to listen to it all.
As for Mary From Dungloe, yes, definitely the Johnstons, though I like the Moore/O'Donnell version, too. It would be interesting to hear Daniel O'Donnell do it as as a solo.
Emmett Spiceland... I just kept thinking of the Bachelors. And that's never a good thing.
I vaguely remember you doing this song, Colin. And if vague memory serves, you did it pretty well.

I saw the Johnstons live at Tufts University Medford MA around 1970. They were great especially Mick and Paul. I always thought "Mary of Dunloe" was a traditional song. That is high praise in my way of thinking.