Back in the 1960s, British music was awash with groups of fashionable-looking young people, usually though not exclusively all-male, who belted out the Mersey Sound and its Manchester, Tyneside, Scottish, Irish and London equivalents.

But folkies had their special band, too, the Watersons from Hull, two men and two women with appearances that reflected the era but a musical repertoire that evoked centuries past.

Norma Waterson, who has died aged 82, once said a good traditional song was a "like a piece of nice old furniture". As one of the quartet, joined by her sister Lal, their brother Mike and cousin John Harrison, she helped produce a sound that took traditional folk as close to rock, in terms of the power and passion of their harmonies, as it then seemed possible to reach. The "folk Beatles", some called them; it seemed an entirely reasonable description as I stood watching a wonderful performance at Les Cousins, an all-night, booze-free folk cellar in London's Soho, in - from memory - 1969.

The band initially broke up in 1969 and Norma moved to Monserrat to work as a disc-jockey, but reformed in 1972 with another key figure of English folk, Martin Carthy, as a new member. They married the same year, a union that was to produce Eliza, who quickly demonstrated her own immense talents as a singer and musician and would later perform with her parents as Waterson:Carthy. Eliza was recently honoured for her immense contributions to music by being appointed president of the English Folk Dance and Song Society. 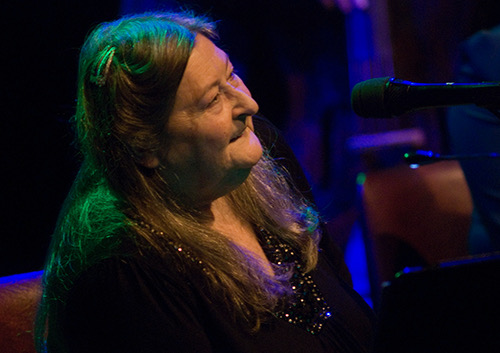 My usual thanks to Roger Liptrot from whose folkimages.com he permits me to use photographs

… and our world shifts off its axis. Maginificent, incomparable Norma. ❤️💔❤️ Hope you can feel everyone sending a mighty river of love up to the Bay, Carthys and Watersons all. pic.twitter.com/vcgynwh6ss

Pre-deceased by her younger siblings, Norma was, as Robin Denselow notes in a thorough, noble Guardian obituary "one of the finest and most versatile singers of the British folk revival". I cannot hope, at a small website, to improve on his words and will add one short extract:

Norma was one of the finest exponents of English traditional songs, but displayed her love of other styles in her eclectic and soulful solo albums. Norma Waterson (1996) included songs by Jerry Garcia and Robert Hunter of the Grateful Dead, Elvis Costello, Richard Thompson and Lal, as well as the self-composed Hard Times Heart.

The album was nominated for a Mercury prize, an award usually associated with pop and rock rather than folk, and very nearly won – the prize went instead to Pulp’s Different Class. 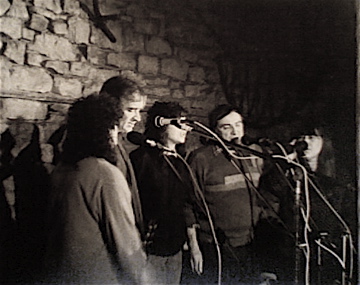 🎶I want to capture your heart, it’s a skill it’s an instinct an art, I will ever refrain as I echo in chambers long after your love let’s me go🎶💔💔💔💔

In memory of the inspirational singer, Norma Waterson, who passed away yesterday. We will be posting a tribute to our website this morning. A true folk legend. RIP. All our thoughts are with Martin, Eliza and the children. pic.twitter.com/12p9TaQnn1

I make no apology for reproducing a small selection of the deluge of comments I have seen on social media lamenting the loss of this remarkable woman, one for whom I had deep admiration and much affection.I remember the warm welcome she extended when we met,on occasion at folk events, and when i called at the family home in Robin Hood'/s Bay to interview Martin on his 60th birthday.

She had been in poor health and died after falling ill with pneumonia but news of her passing came as shock all the same. She had been fairly active on social media and I assumed she was in reasonably fine fettle. I was clearly wrong and I now join with countless others in mourning her death and saluting a hugely productive and thoroughly worthwhile life.

For my musical choice, I choose a performance that amply demonstrates the versatility of which Robin Denselow speaks. You may spot Richard Thompson among the band ...

And a haunting song of sea and coast tragedy that shows off the unrivalled harmonies of the Watersons ...

URL for the clip is https://www.youtube.com/embed/crJEe7gwkMs

Thanks steve … I had techie issues