2021 over. Will it ever be missed?  And 2022 arrives. Happy new year everyone.
Sunderland - dear to Salut! Live's heart - are, for now, top of the league. OK, only the league formerly known as the third division (and updating 24 hours later, we aren't top any more!).
But let’s also remember what we lost in 2021. Nanci Griffith was a huge loss .. this is how I introduced a series of tributes ...I have added my favourie Nanci track, Little Love Affairs, which she performed magnificently with the Chieftains  (the 2021 loss of Paddy Moloney making it an utterly appropriate choice
The awful news that Nanci Griffith had died reached me via a post from my friend Bill Taylor at the Salut! Live Facebook Group
Accordingly,  his is the first of three tributes of varying length that I shall now present, while wishing all those close to Nanci my deepest sympathy. Forget any strict boundaries between musical genres; she was truly a great. 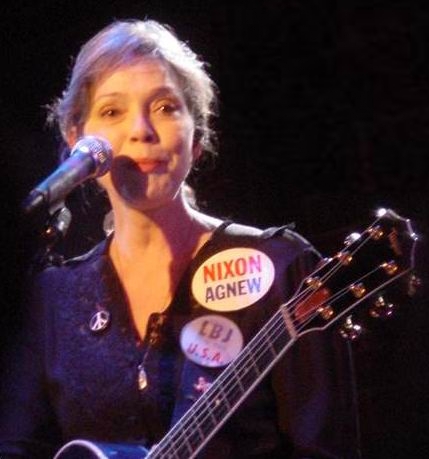 Bill Taylor:
Gutted to learn of the death today of Nanci Griffith. She was only 68.
What a talent. Things that spring immediately to mind are her superb recordings with the Chieftains; her ethereal harmonies on a concert performance with Richard Thompson of his Vincent Black Lightning 1952 and her own joyously no-holds-barred Ford Econoline.
If there's a rock & roll heaven, you know they've got a helluva band... and it just got considerably better. RIP
*******
Richard Wootton, a master of folk/roots/country public relations:
Heart-breaking news overnight that the great Texan singer-songwriter Nanci Griffith passed away yesterday aged 68.
She was one of the first artists I worked with, on record from 1985, in person from 1987 and then continuously for over 25 years, with many fine CDs and UK tours until 2012, after which she retired from music and public view.
Nanci Caroline Griffith was born in 1953 and raised in Texas where she started singing at The Hole In The Wall in Austin in her teens, recorded for indie labels and then moved to Nashville when artists like Kathy Mattea and Suzy Bogguss started having hits with her songs.
But she was never really a country singer, although briefly signed to MCA Nashville before switching to their pop division.
She called her style folkabilly, folk with hillbilly influences and was unique in several ways. UK writers on both the trendy music papers and quality dailies found her rather innocent, wholesome image a refreshing change from the rock artists they were obliged to write about.
And they loved her writing. Stuart Bailie from the NME wrote, “When you call Nanci Griffith a songwriter, you’re not really giving her the credit she deserves – it’s like saying Michelangelo used to be handy with a paint brush. If you want to be more accurate you could add that Nanci is a brilliant observer and storyteller who writes like a novelist.”
Radio support came from Andy Kershaw at Radio 1 and lots of people at Radio 2, notably Bob Harris.
Her popular albums included Lone Star State Of Mind which had her best known song, Julie Gold’s From a Distance. The Flyer, her most mainstream record and Other Voices, Other Rooms which won a Contemporary Folk Grammy and was her most successful UK release until a Very Best Of sold over 100,000 copies.
There was also The Dust Bowl Symphony recorded with the London Symphony Orchestra at Abbey Road studios in 1999.
Nanci made her London debut at the Mean Fiddler Acoustic Room in the summer of 1987, an unforgettable and very hot night when three people fainted and the early fans included Princess Margaret’s daughter, Sarah Armstrong Jones. Her last UK appearance was at the Cambridge Folk Festival in 2012 when her friend John Prine was also on the bill.
In concert, Nanci had a clever technique of telling stories about her life while she was also turning her guitar. Eric Taylor, a Vietnam veteran to whom she was married from 1976 to 1982 (he died last year) was often mentioned.
During a concert with Steve Earle he told her she’d had a better divorce than any of his many marriages! She told great stories, most famously on Danny Baker’s BBC TV show about the ghost in Room 333 at London’s Langham Hotel who had thrown her heated rollers around.
She was a very kind and generous person, although only now am I discovering how many musicians she helped and encouraged.
Mary Gauthier’s story on Facebook today about Nanci giving her a guitar is a must read. In later years she had serious health issues, was a survivor of breast cancer, then thyroid cancer, but had continued to make new music, though her pace slowed in the 2000s after having hand surgery and could no longer play her guitar.
I’ll never forget her.
*****
And finally, from Kit Bailey, also long involved in our kind of music, daughter of the late Roy, wife to Martin Simpson, in a tweet introducing the track I shall include here with these simple words
Ah, Nanci Griffith, you were bright and beautiful

Always loved her. Saw her in a little club in Norwalk , Connecticut . I recognized Julie Gold who wrote the song " From A Distance " sitting
next to me at the same table ... I was talking with her before the show started . " . Nancy was the first to record " From A Distance "
...Bette Midler later covered it and had a hit with it . I much preferred Nancy's version .... lighter , deeper and more affecting rather than belting it .
Nancy performed it then introduced Julie in the audience . Nancy was also a songwriter . Also saw her in workshops and on stage at the
Philly Folk Festival .
She sang with the Chieftains,Roger Daltry ,Lyle Lovett ,Don McLean , Willie Nelson , Mary Black ,and often the with the now recently gone John Prine .
I followed her from her second album " There's A Light Beyond These Woods " on .
She first made a splash with the title song of her second album " Once In A Very Blue Moon ".

So very sad--she was irreplaceable. There's a live clip from some years ago of her and Richard Thompson together, performing "Wall of Death"--and I watch that clip a few times every year, just for the sheer beauty of it.

She will be missed.

Great choice, Peter. I will add it to tomorrow's post