Home Archives Profile Subscribe
Loft vinyl: (3) Francoise Hardy and the song she hated but her fans loved
Song of the Day (Revisited): A Ricky Gervais/After Life boost for Kate Rusby's beautiful Who Will Sing Me Lullabies?

Loft vinyl: (4) Clannad and a night, drive and band to remember

In the last edition of my Loft vinyl series I mentioned Clannad unfavourably. Someone who has newly followed me at Twitter shared my view as you can see below, but felt like me that pre-Harry's Game, and even included that theme, they were a very good band. Indeed, they probably remained a good band, just no more to my taste than Fleetwod Mac became when they cast off the British blues they did so well to begin a much more successful career churning out mid-Atlantic corporate pop.

Nick Jenkins, my Twitter man, commended the 1982 Clannad album Fuaim. Lo and behold, it was there among my rediscovered loft vinyl treasures. In this old meets new technology exercise, I will feature a clip of something from the record though as I write, I have not yet decided which track ... 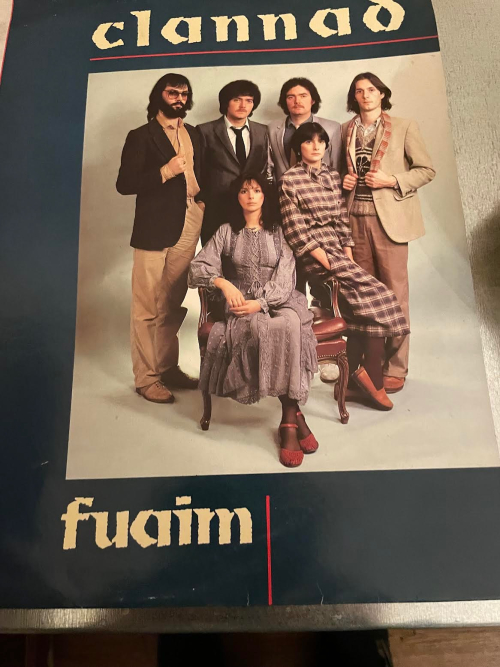 Yes, Clannad went very wishywashy - presumably a result of the success of Harry’s Game (which I do like). I think I preferred Enya’s interpretation of that style.
My favourite Clannad album is almost certainly Fuaim.

Somewhere in the house, among the thousands of photographs stored in tins, boxes and albums is one of me with my guitar and Irene, then my girlfriend, by my side. It was taken during a hitchhiking trip to Northern Ireland and across the border into Donegal and Sligo, towards the end of the 1960s.

We were young, stretched for money but adventurous and bold enough to bum places to stay as well as cars to travel. It worked in North Yorkshire before we headed north and again in south-western Scotland on our way to the ferry from Stranraer to Larne. It worked especially well in Meenaleck, in an Irish-speaking  area of Donegal, at the bar owned by Leo Brennan, a former Irish showband musician whose family would form Clannad. 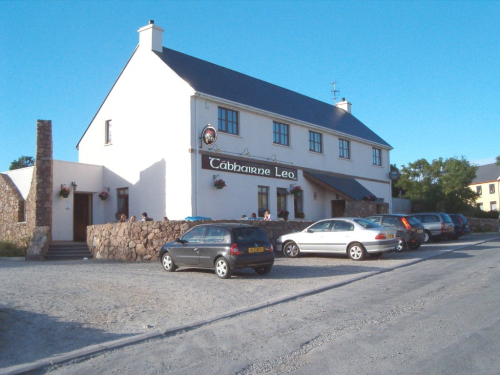 Image of Leo;s Tavern by Sergio

Of the two daughters who sang in Clannad, Enya would then have been only seven. or eight, her sister Moya 16 or 17.

If we met either girl, I have no recollection. But I do remember pints of Guinness, me pulling my guitar out and, probably uninvited, starting to sing. Sing may not, strictly speaking, be the correct verb but I did it anyway, belting out The Foggy Dew and Step It Out Mary among other songs.

There were few other customers in the bar that night (and quite possibly fewer after I began my little session) but Leo was kind, responding positively to our request for a place to sleep (he said he knew we were going to ask and put us up, from memory, in an outbuilding).

Next morning, chancing our luck further when he said he had to drive to Sligo,we asked for a lift. It seemed as good a next stop as any. "Fine," he said, "but I'll be driving hard." He was not joking; it was a fast, hair-raising 90-mile journey.

It is too late to repeat the profuse thanks we offered as we parted. Leo died aged 90 on June 2016.

But it is not too late to enjoy once again, thanks to my collection of vinyl LPs and a turntable to play them on, the vocal beauty, instrumental flair and inventive arrangements of the Clannad I loved and later missed.

Fuaim showed off their collective talents as well as any album and had the benefit of having been recorded during the short spell when Enya was a member before embarking on her hugely successful solo career. And I refuse to believe she is now 60 and her sister 69. Fuaim - Irish for sound - offered early hints of the band's desire to experiment with amplified instruments, though even this was insufficient for Enya, who felt constrained by what remained an essentially traditional style. The more significant change of direction of which she would have approved would come later.

For my selected track, I have opted for The Green Fields Of Gaothdobhair witb Moya on lead vocals . I hope it pleases Clannad fans and encourages others to explore their music.