November 2021 update: I set myself the task of republishing the seven-part series on Music from North Eastern England and have one or two instalments to go, including an item that I posted as the start of a ‘second season’. I’m deeply grateful to all those who have popped in for a look and/or a listen …

Coalmining features prominently in this series on music from my region, the North East of England.

Mining produces work and great camaraderie as well as tragedy, exploitation and ill-health. It also yields wonderful music and art, and the North East has been prominent in that respect.

As a young reporter, I lost count of the number of inquests I attended where the issue was to establish pneumoconiosis - cold-dust disease - as the cause of death, therefore entitling the poor widow to an enhanced pension. 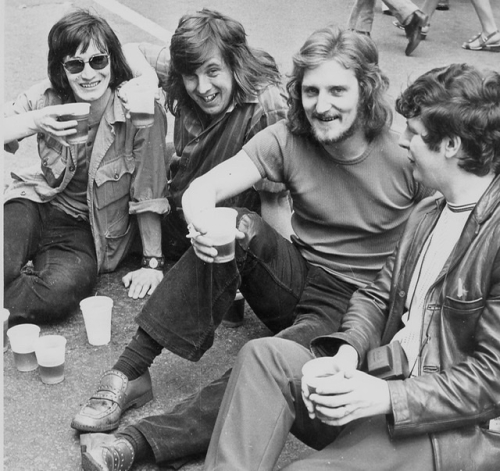 Johnny Handle has for decades been an outstanding fixture of the North-eastern folk scene with his authoritative knowledge of mining, an evocative way with words and his pioneering of the Geordie/pitmatic humour that enthralled audiences well beyond the region.

Here is one of his most poignant songs, Farewell to the Monty.

The first line - "for many long years now the pit's done its best" - reveals the subject matter, the closure of the Montagu pit on Tyneside.

Again as a young reporter, I was allowed to accompany miners descending in the cage (not at the Monty)  to see out one last shift before their pit closed.

It was almost beyond belief that human beings should choose to work in such surroundings and, to a man, those I interviewed were adamant that no son of theirs should ever follow in their footsteps. There were, in those days, other jobs to go to.

One last treat before tomorrow's non-Christmas Christmas edition of the series.

Bob Fox sings Jimmy Nail's quite moving (for a Mag) Big River, a song dealing with the decline of both coal and shipbuilding, preceded by the North-eastern equivalent of Carrickfergus, The Waters of Tyne.

Posted at 09:49 AM in Music from North Eastern England | Permalink | Comments (1)

Johnny Handle is a very special man. I'm not a believer in knighthoods and other sundry honours but if ever anyone deserved recognition for services to the North East and music... I can hear Her Majesty (Wor Queenie) now: "Arise, Sir Johnny... ha'way, hinny, gerrup off thi knees."