Eliza Carthy: let's make a song and dance of her new honour

What a richly deserved but also inspired appointment. Eliza Carthy is to be the next president of the English Folk Dance and Song Society (EFDSS).

Eliza, a brillant performer and champion of folk music and the daughter of two of its most respected figures, Martin Carthy and Norma Waterson. succeeds Shirley Collins, who held the position from 2008 to 2020. She is only the fifth person to preside over the society since its creation in 1932, the others being Ralph Vaughan Williams, Princess Margaret and Ursula Vaughan Williams.. 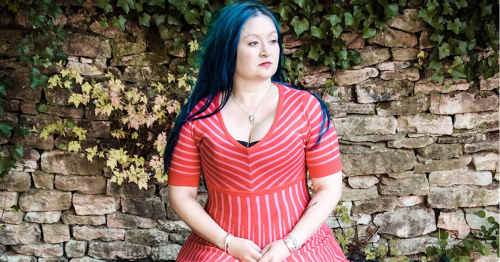 Eliza, whose sterling work as "a modern English musician", to use her own description ha already earned her n MBE.  She has been the EFDSS's vice president for 13 years, starting when Shirley became president.

Katy Spicer, the society's chief executive and artistic director, said the appointment represented "another chapter in the organisation's long-standing and valued association with Eliz".

"She is superbly imaginative ambassador for the folk music of England, celebrating its history hand-in-hand with an ever-innovative approach to music-making today. Eliza’s support will be invaluable as we continue our mission: to champion the folk arts at the very heart of England’s rich and diverse cultural landscape."

Eliza said: ‘Since I was a child my family has spoken of the institution of the EFDSS as the trove of our traditions.

"My first visit to the Cecil Sharp House [the society's HQ] as an adult to research the Carpenter collection on microfiche for my first album was like a pilgrimage, an experience never forgotten. The society has since worked tirelessly to make the archive and library available to the wider modern world via their online resources; the treasure is now free to curious minds all over the world.

"When a laughing Shirley Collins and I put our handprints in cement outside the House in 2008 I didn't imagine that I'd one day be given the honour of president of the society.

"The EFDSS continues to be custodian of the people's shared cultural history whilst looking forward to the future. I'm beyond delighted to accept this position."

Her mother posted a proud message at Facebook, also "signed" by Martin, to spread news of the appointment more widely.

"When I first joined [the society] I told some person and they said, but I thought you had to be a teacher to belong to it.," Norma wrote. "It did give that impression but changed over the years and finally attracted the young revivalists who listened to the old traditionalists who carried this wonderful cargo all their lives and like our Mike and Lal and Martin fell in love with thi fantastic music.

"Eliza came to love this music from being a child and from recording Anglicana onwards has shared her love."

For once I am lost for further words. They've said it all. Chapeau, Eliza.