December 2021 update: it's not yet Christmas, though it may have seemed that way in some shops since summer. But this was a special Christmas edition of the Music from North Eastern England series, appearing on December 25 last year, coincidentally the day on which my Covid symptoms also appeared.

I am, as mentioned earlier, contemplating another instalment in what has been an unusually successful series. It may or may not be ready in time for this Christmas. For now, let us enjoy once again the fabulous sounds and sights of the region's towering giants of music ... and, yes Coldplay, on account of a gig they played at the home of my football club 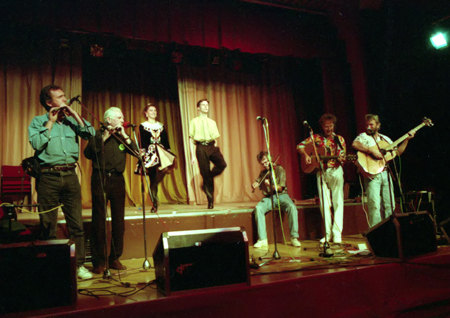 Image of the Mighty Doonans courtesy of Roger Liptrot

As published on Christmas Day 2020

Boris Johnson told us all to enjoy a merry little Christmas before doing away with the "merry" bit. But Salut! Live is pleased to wish all its readers, even those who voted for Boris and/or Brexit, the happiest festive season possible.

It seemed fitting to make Christmas Day an occasion for the sixth and final instalment of our  popular Music From North Eastern England series. But even as I begin to write this, I am not sure any of the choices will have the least thing to do with this day in the calendar.

The first certainly has no link to Christmas and the last will just be a piece of musical whimsy that is connected to the North East only because the performance took place there. Come to think of it, I've now worked out what will go in between and there's no Yuletide flavour there either, so I may have to inject photo of our Tesco Christmas tree.

NB: I have realised there are important omissions from the series so will reopen it at some stage

ALL ITEMS IN THIS SERIES CAN BE SEEN AT THE FOLLOWING LINK: https://www.salutlive.com/music-from-north-eastern-england/   Thank you all for coming in such numbers to the site to sample my offerings. 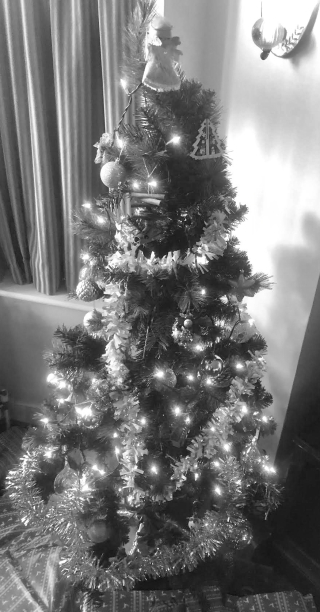 To kick things off, I have selected two songs from the Mighty Doonans. The first, Sam Cooke's early 60s classic Bring It Back Home to Me, illustrates a Doonan trademark, turning rock or soul into folk just as they sometimes make folk rock.

It was recorded at the Davy Lamp Folk Club in Washington, a great little venue just outside Sunderland and one that I have visited, in 2013.

It's such a pulsating version of Ed Pickford’s Ee Aye Aa Cud Hew, a celebration of the miner's pride in his backbreaking, lung-destroying work, that in the spirit of the season I shall overlook the suspicion that expats in the audience may well have included the kind of Brits Abroad who inexplicably voted to leave the EU and damage their own lives as well as everyone else’s (yes, I can just about bring myself to say a deal, any deal, is better than none despite all we still lose).

I have also found room for Kathryn Tickell, playing two beautiful pieces on Northumbrian pipes with superior support from Richard Thompson and Alistair Anderson, and the Teesside Fettlers' emblematic Ring of Iron though I did find the footage - the band crossing the Middlesbrough Transporter Bridge in a 1920s charabanc - rather twee.

Here is the splendid Tickell/Thompson/Anderson trio. Even now, I wince at the memory of Kathryn's sharp correction the first time we spoke, for a newspaper article, and I pronounced her surname as "tickle".

And there was worse to come: to her horror, Kathryn was persuaded by the photographer to pose, with her pipes, sitting on a five-bar gate in the Northumberland countryside.

Salut! Live has been know to wander off-piste from time to time. Today can be one of those exceptions.

I don’t how much folk music Chris Martin hears but I listen to Coldplay quite a lot, sharing with Kate Rusby a probably unfashionable appreciation of much of their work.

Yes there are elements of corporate rock. That goes with the territory when a band is so big. But I have seen them live twice, each time in France, and they work their socks off to put on a memorable spectacle.

The Mylo Xyloto tour stretched over large parts of 2011 and 2012. There were plenty of exotic locations along the way. I saw them in Nice and there were gigs all over the world.

To preserve some semblance of the theme of this series, I have resisted any temptation to use a clip from continental Europe, the Americas, the Middle and Far East or Australasia. Two weeks after the Nice gig, they played at the home of my football club, Sunderland, to a crowd of 55,000 Mackems, Mags, Smoggies and doubtless many who couldn't care less about football.

Here it is, then, Coldplay playing the Stadium of Light at a time when we foolishly believed Sunderland to have been re-established as a top flight team.

My selection is their anthem, Fix You, and it is as good a rock song as I know. It comes with the usual great audience participation you see on the faces and lips of fans in vast stadiums in dozens of other countries. But this was Sunderland.

And no, I didn't manage to include anything remotely Christmassy. Joyeuses fêtes all the same and I hope there's something here, and in earlier editions of a series that has now run its course, to suit your tastes.

Posted at 10:56 AM in Music from North Eastern England | Permalink | Comments (2)

Can't say I'm a huge Coldplay fan but "Fix You" is a terrific song so no arguments there (for a change...) and the Sunderland concert footage is fabulous.
I was introduced by your North Eastern Music series to the Mighty Doonans and for that I am in your debt. I've found some of their stuff on Spotify but I'd love to see them live. From "Bring it on Home" to "Ee Aye Ah Cud Hew"... amazing.
That's Harry Secombe at the beginning of the, as you say, twee Fettlers clip so I'm assuming it was part of one those milk-and-watery "touring the highways and byways of Britain" series that the BBC used to be so fond of. I much preferred Harry Secombe as a Goon. I'm trying to remember where I first saw the Fettlers. I think it was a folk club in Newtown Aycliffe but where exactly and who ran it, I don't know. Always a very good group, though.
Richard Thompson and Alastair Anderson make an interesting, if perhaps unlikely, combination but what a beautiful backdrop to Kathryn Tickell. I love the pipe duet in the second tune. Not often you see Thompson taking a support role but a player of her calibre deserves no less. The five-bar-gate photo puts me in mind of the time Bill Oliver tried to get Norman Cornish, the pitman painter, to pose in front of a canvas with his brushes and wearing a miner's helmet. Norman, who I used to know quite well, threw him out.

NewTON Aycliffe... I haven't been away THAT long!