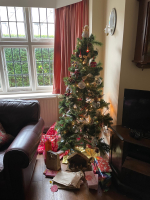 Salut! Live began life in May 2007, one of the offshoots of Salut!, launched the previous year as a sort of privatised version of the blog I contributed to The Daily Telegraph website when that paper's Paris correspondent. I am... Read more →

CLICK ANYWHERE ON THIS PARAGRAPH TO EXPLORE THE FULL COVER STORY SERIES - COMPARING DIFFERENT VERSIONS OF THE SAME SONGS AND SOMETIMES TUNES Christmas 2021 update: looking for something with a Christmas feel, and intending to contribute to a seasonally... Read more →

Christmas 2021: out of the blue, a lot of visitors started to appear here from the Kate Rusby fans’ group at Facebook. It turned out that my mention of this piece had finally been published many months after being submitted.... Read more →

What is it about folk music that makes some folk or folksy artists want to disown it and smug rockers want to sneer? Think how many acoustic musicians and people associated historically with folk have sought to create distance. Briefly... Read more →

Best Christmas songs? Dylan just Must Be Santa and Fairytale doesn't have to be the Pogues 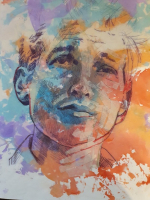 The cynic in me - and cynicism occupies a large part of my soul - says "best Christmas song" is a bit like "best trainspotter" or, worse, "best thing about medieval dentistry". But I'm not entirely Scrooge. I like John... Read more →

For the second instalment of the second season of Music from North Eastern England, I turn my attention to Teesside. Nothing could be more appropriate: I am writing as I set off from London King's Cross on a trip back... Read more →