Glad to be able to report that the Salut! Live readership, while still small, is rising. These days, it is rare for the daily hits to dip below 200 and sometimes the numbers soar far higher.

I was already minded to reproduce and update this guest article on different versions of the enduring Jackson C Frank classic, Blues Run the Game. These fine words about another Frank song, posted last month at the 60s and 70s Folk Music Group at Facebook, settled it.

Thanks Steve Peck, from Indianapolis, Indiana. You are welcome any time on these pages ... and yes, I'll add a clip of the song you describe. Now let Steve speak for himself:

Seven years ago in the month of October, I first heard Jackson C Frank.

Not very long ago I know, especially since Jackson first appeared on the British folk scene in 1965. But since 2014, I have inhabited a world where Jackson is all around me. I may drift out of listening to him for a while, but then I feel the tug, especially in the autumnal month of October.

So here I am, sitting at my desk, with the sounds of JCF's October playing thru my speakers and I am at peace (well as much peace as you can get listening to Jackson).

This incredible song was written and recorded in 1994 when Mark Anderson and Jim Abbott set him up in a makeshift studio to get down his newly written songs.

Jim told me they were first takes. Jackson would get tired really fast, so they had to work quickly. His once clear tenor had deteriorated into something worn and craggy by the extremely hard life he lived. Having survived the proceeding 10 years living homeless on the streets, tenements and mental hospitals of New York City, it was absolutely amazing he made it through and was able to compose such deep and profound songs in the 1990s.

These songs could not have come from any ordinary man or artist. October is such a special song that it has become part of me, especially in my autumnal reflections this time of year. "Gold and silver is the autumn, soft and tender are the skies."

And this is the original article, published in January 2018 ...

Salut! Live wishes its scores of readers, sometimes hundreds (OK 100+) as it is creeping up if slowly, a happy and healthy 2018. Cover Story, our look at the same songs by different singers, reaches its 34th instalment today. It's a series that people seem to think has some merit and you can check the archive at this link.

As ever, guest contributors are warmly welcome. And Andrew Curry, a fellow enthusiast of folk music and also a fellow, suffering Sunderland AFC supporter, has come up with a gem of an entry in the series. Why didn't I think of Blues Run the Game as an obvious contender for the series? I love this song. I remember it being sung by my friend Phil Steele at the folk clubs we frequented or ran in the North East (or at least I think I do; the memory may be playing tricks). I remember Jackson C Frank's original and, in particular, I remember learning about Frank's tragic life. Andrew captures all the elements of a classic of contemporary folk and discusses other versions, too ...

Martin Simpson’s latest record, Trails and Tribulations (that’s not a misprint) has on it a version of Blues Run The Game, first recorded in London more than 50 years ago by the American singer-songwriter Jackson C Frank. Frank is an enigmatic figure in the history of English folk music, and certainly a tragic one. As a child, he was badly burned in a boiler explosion at school which killed some of his classmates. At the age of 21, he received a compensation payment of $100,000 – somewhere towards a million dollars, by today’s standards — which he spent on expensive cars, guitars and on travelling to London. Once there, he slotted into the emerging British folk scene, helping to book acts for the Les Cousins club, going out with the 19-year old Sandy Denny, and befriending musicians such as Bert Jansch, John Renbourn and Wizz Jones. He was already a technically accomplished player and, unusually among his contemporaries, had written a sheaf of songs. He composed Blues Run The Game (if you know the song, you know it starts “Catch a boat to England, baby/ Maybe to Spain”) on the liner while crossing the Atlantic. It is the first song on his record, Jackson C Frank, which I came across when it was re-released on CD in 2001.

The whole record stands up well and has several fine songs on it, but Blues Run The Game has become a folk standard. It is worth listening to it to tease out the reasons: a simple bluesy chord structure, a deceptively desolate lyric with a three-line near repetition in the middle of each six-line verse, matched with a tune that is melodic, even upbeat. Frank was only 22 when he recorded it, but the vocals sound far older, of a man already wearied of the world. The song has been covered by everyone from Nick Drake to Simon and Garfunkel to the Counting Crows, but Bert Jansch made the song his own, playing it frequently in his own sets. Jansch’s versions — there are several online — have a more sophisticated guitar accompaniment and he always feels as if he has lived the lyric. Like Frank, who struggled with alcoholism, Jansch had his own problems with alcohol [I recall him telling me, a few years before his death from lung cancer, that he had given up booze - Ed]. There’s a thread that links the song to Frank, Jansch and Simpson. When the Jackson C Frank record was re-released as a CD, it had fallen into such obscurity that the label photographed Jansch’s copy of the original LP for the cover. And when Simpson compered the Celebration Concert to commemorate Jansch at the Royal Festival Hall, the show’s producer asked him to perform Blues Run The Game.

Simpson can’t compete with the others for the sadness packed into the vocal, so he goes the other way, speeding up the tempo, making the melody brighter and the arrangement fuller. It's difficult to choose between these three versions; they're all by fine musicians at the top of their game. Jackson C Frank was not a commercial success, and Frank returned to the US as his money dwindled. A later return to England didn’t go well. The rest of his life was dogged by misfortune. His only child died of cystic fibrosis, and his mental health became precarious. His physical health was poor, an after-effect of the fire, and he lost the sight of one eye in a random shotgun attack. At one point he went to New York, possibly convinced that Paul Simon had suppressed his record [may be worth noting that Martin Carthy also thought he had a viable grudge against Simon but later realised he didn't; see a reference in this earlier contribution from the author of this article - Ed]. There are a few late recordings, unreleased in his lifetime, prompted by a fan who coaxed him into a studio. He died penniless in his mid-50s. His best-known song seems sadly prophetic; for Jackson C Frank, the blues did run the game. 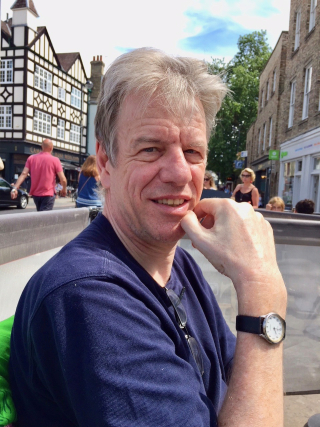 Editor adds: And now for the bonus I promised above ... Steve Peck's choice:

Great memories, Cliff. My own experiences of Les Cousins were mixed - great music but gnawing fatigue after hitching down from the north, once or twice getting close to falling asleep standing up. I hope Sandy didn’t have to struggle too much to follow you ...

Since I have pushed this again in social media to take advantage of an uplift of interest in the site, I should point out that Phil Steele, mentioned in my introduction died at the beginning of January 2021. See https://www.salutlive.com/2021/01/phil-steele-rip.html?fbclid=IwAR1vl8lq9cx1YuROWiz8RmI6f6RsSH73DUA0o3cFJCZUpwVHUoKQI6bNRhg for my appreciation.

There are all those worthy and straight versions by the greats but for me the most interesting version is Room Service by the great Jon Mark. It is wacky! https://music.youtube.com/watch?v=gVagZfarFeg&feature=share