The thoughts of Christy Moore are invariably worth a look or a listen. Those he has shared with me are no exception. A man I have known for more than half a century will be fully aware of the limited reach of Salut! Live. He agreed nonetheless to respond - by e-mail - to a few questions.

The occasion? A new album, Flying Into Mystery,  and the single from it, Clock Winds Down. Think Glasgow, Cop26 and Greta Thunberg and you'll work out what the single is about but here is a sample verse:

The album has much more to say. Since sending him my questions, I have been able to listen to more of the album and there are some excellent tracks, of which December 1942 (Ricky Lynch's song describing the horror of the Nazi death camps)  is one of which Christy is rightly proud. A review will follow in due course ... Kathy from Massachussetts got it right at his official website when she called him, in reference to Ireland of course, 'a national treasure'. 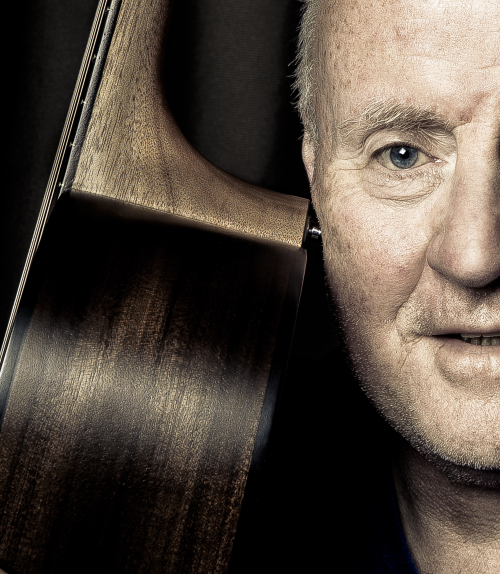 Here, omitting only the questions that Christy preferred to defer to another day and re-ordering one to make the exchange run more smoothly, is how the electronic conversation went ...

Salut! Live: How good to be in contact again, Christy, albeit by e-mail. What’s been going on in your life?……..

Christy Moore: Immersed in family and songs…trying to keep body healthy so it can carry the voice which is still in good nick…Thanks Be

Salut!: So far, I have heard only Clock Winds Down from the new album (scroll down for a link). It is a very powerful song with a depressing enough description of the plight of Planet Earth. Do you look to Glasgow to produce anything close to what is needed?

CM: I look to Glasgow with hope rather than expectation…..I believe we may be past the point of rescue

Salut!: We’re both in our 70s. How fearful are you about the world we’ll be leaving our children and grandchildren?

CM: So fearful that I’d rather not share it with our chadults and grandchildren

Salut!: I liked the reference to Greta Thunberg. She gets up the noses of a certain kind of Brit – usually the Brexiter, Trump Won, Islamophobic, climate change denial type. Is Ireland more open to her message and the passion of her exhortations?

Salut!: Tell me a little about the rest of the album.

CM: December 1942 is ,for me, an important song….best for you to hear it rather than me explain it

Salut! A wide range of writers, from Dylan to Jim Page (I know he wrote the Clock Winds Down lyrics). What else on the album - whether from your own writing or your interpretation - shouted out to you to be recorded and why?

CM: again Colin, I think it is for you to hear and decide

Salut!: Looking back on a long career, what gives you most pride and/or pleasure? Feel free to mention that 2007 RTE award as Ireland’s greatest living musician …

CM: I’ve commenced another leg of my journey..after 22 years I’ve returned to solo gigging… I’ve done 6 gigs recently..they are going well…..I love this work that I do…I take great pleasure singing song to the listeners who gather from near and far….I am proud to be part of the collective of folk singers who continue to plough the furrow

Salut!: Does it mean a lot when you hear that people sometimes decide on a binge-listen to your music, as I do, or see clips of audiences singing along with every word of Viva la Quinte Brigada or Scapegoats (I remember the Telegraph allowing me to praise that)?

CM: To hear an audience sing along to one of my own songs is  a great buzz…..the communion and camaraderie is uplifting…...

Salut!: What sort of lockdown experience did you have and how did you cope with being cut off from live performance?

CM: I never had so much time to prepare for an album as I had for Flying Into Mystery. Our lockdown was not as traumatic as others. We have plenty of room and a good size garden. We live near the sea. We had little to cope with when compared to many who suffered terribly 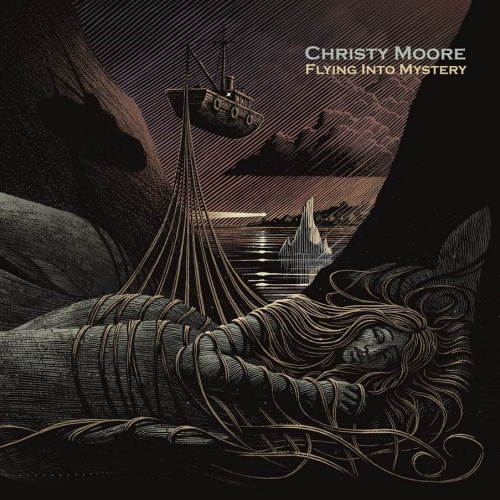 Salut!: I felt uneasy the other night at a Sunderland match in London, pressed up close with the other away fans. But society is learning to live with Covid-19. Can life get back to something relating to old-normal and if so, how important a part of that – and in what sort of venues -  will be Christy Moore live gigs?

CM: some gigs are opening up again. I don’t think we can return to “normal” again. Look where that has got us…. to the brink. Sunderland? Glad to see you are keeping the flag flying, I watched the Sunderland documentary on Netflix with sorrow. Hope they get back to their rightful division

Salut!: How conscious are you, as a performing/recording artist, of advancing years?

CM: I have lots of the usual ageing problems BUT the voice is holding up….the lyrics are still intact in the memory bank. I have to be a bit more careful with certain aspects of stage work, need to be mindful of my movements on and off the stage

Salut!: I remember you telling me that you remembered much of the (unsober!) early days through your meticulous diary-keeping. Do any moments stand out, whether from up in the north of England where we first met, back home in Ireland or farther overseas?

CM: I have clear memories of my early Folk Club years…. hearing and playing with The Marsden Rattlers, The High Level Ranters, The Stockton Fettlers, Vin Garbutt, John Doonan, Pete Best, Jim Sharp, the Elliots, all those great North East clubs and People

Salut!: Who do you listen to when you need some music?

Salut!: And which three songs you have recorded have given you most satisfaction?

CM: Lord Baker, Little Musgrave, The Well Below The Valley.

Salut! You may not recall that my wife is French but this year I finally acquired her nationality (dual in my case). Lots of other refugees from Brexit, including at least two friends of mine, took the Irish granny route! What are your thoughts on Europe and on the impact events may have on whatever it was – Mo Mowlam called it the “flawed peace” – that the Good Friday Agreement brought?

CM: Brexit is a catastrophe, Boris is  despicable, it’s getting very dangerous in more ways than one….looking over at Westminster makes me appreciate  our parliament here in Dublin

Salut!: Finally, tell me what you want to share about your family life

CM: we are all well here this day and hope you are too

**** The single is already available and the album will be released on Nov 19 and can be obtained available on digital stores, CD & gatefold vinyl. Pre-order at Amazon.co.uk : christy moore flying into mystery