Home Archives Profile Subscribe
Song of the Day: Del Shannon ... Runaway
The Chieftains: when you can call on friends like Van Morrison. RIP Paddy Moloney

Ten years ago today, Bert Jansch died. This is intended no more than to acknowledge a sad anniversary and honour a superb, innovative and influential figure of British folk ....

Many years ago, perhaps right at the end of the 1960s, I called unannounced at the Lake District tent occupied by an eccentric minor hero of the UK folk scene. We called him Idle Bo but he was also, perhaps more often, known as Bo Idle and I wonder how many older readers of Salut! Live also remember this distant but appealing hippyish singer/guitarist/songwriter.

Distant? He greeted our arrival - I was with my then girlfriend and we were maybe accompanied by another friend - by picking up his guitar and singing Bert Jansch's I Have No Time.

He sang and played it well. But he also launched 50 years of lingering suspicion that the song was chosen quite deliberately. In other words, Idle Bo or Bo Idle really did have "no time to spend with you ... you talk of nothing, what can you do?".

Of course, Bert Jansch's lyrics had loftier, more worldy targets than an annoying, oikish folk club organiser turning up uninvited on a campsite and expecting to be welcomed as a treasured guest. But just once, they seemed aimed at me. I am unavoidably reminded of the occasion as we mark the 10th anniversary of Jansch's death. 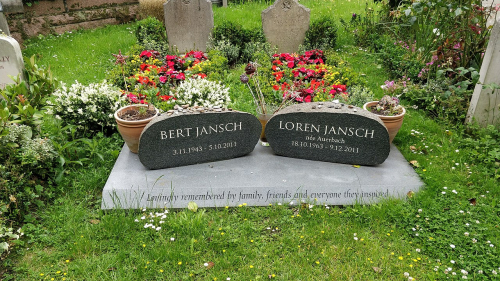 And of course no one did I Have no Time better than its originator.

Bert Jansch, Glasgow-born of German heritage (think of the word "judge" rather than "yellow" and you hear how he pronounced his surname), was a superb musician and not only wrote and sang great songs, and helped make the folk-rock-jazz supergroup Pentangle special, but also showed himself to be a skilled interpreter of traditional ballads, among them The Curragh of Kildare and Blackwaterside.

Beyond that, he made it feel all the more cool to like folk music. He looked and lived like someone from rock rather than folk.

When first aware of his music, I saw that he was essentially what we'd then call contemporary folk, self-composed songs and more than a hint of the blues.

I worshipped him and would have died content if able properly to reproduce his classic version if the Davey Graham instrumental Anji (aka Angie) or perform his lament to a fallen drug addict, Needle of Death.

I tried and failed to do both. But there is no disgrace in having fallen short of Bert Jansch's standards. Alone, with John Renbourn and with Pentangle, he was a towering exponent of all the varied aspects of UK folk.

Check out what others have written about Jansch. Just the "recognition and awards" section of his Wikipedia entry merits repetition:

In 2001, Jansch received a Lifetime Achievement Award at the BBC Radio 2 Folk Awards, and on 5 June 2006, he received the MOJO Merit Award at the Mojo Honours List ceremony, based on "an expanded career that still continues to be inspirational". The award was presented by Beth Orton and Roy Harper. Rolling Stone ranked Jansch as No 94 on its list of the 100 Greatest Guitarists of all Time in 2003.

In January 2007, the five original members of Pentangle (including Jansch) were given a Lifetime Achievement award at the BBC Radio 2 Folk Awards. The award was presented by Sir David Attenborough. Producer John Leonard said "Pentangle were one of the most influential groups of the late 20th century and it would be wrong for the awards not to recognise what an impact they had on the music scene."

Pentangle played together for the event, for the first time in more than two decades, and their performance was broadcast on BBC Radio 2 on 7 February 2007. Also in 2007, Jansch was awarded an Honorary Doctorate of Music by Edinburgh Napier University "in recognition of his outstanding contribution to the UK music industry".

Jansch was for many years a heavy drinker but gave up in 1987 after a life-threatening health scare. His biographer Colin Harper wrote: "There can be no doubt that Bert's creativity, reliability, energy, commitment and quality of performance were all rescued dramatically by the decision to quit boozing."

On Oct 5 2011, long after he had renounced drink, Bert Jansch died, from lung cancer, His third wife Loren died, also from cancer, two months later. May both lie peacefully in their resting places pictured above.

A rocker who played folk music; that does kinda sum him up. Either way, a giant of a man in the music world. But don't underrate your version of "Needle of Death." I've always thought you did a very creditable job.

Thanks Colin for the reminder that it is 10 years since Bert died; it just does not seem possible.

Playing his music regularly means that it is easy to lose track of the perspective of time.

His catalogue comprises an extensive volume and breadth of songs, played and sung in his inimitable style.

Even after over 50 years of listening to his music it is, in the words of one of his own songs, ‘Fresh as a Sweet Sunday Morning’.