Home Archives Profile Subscribe
Dipping into the Past: John Mayall, Eric Clapton and Rambling on My Mind
Bert Jansch remembered, 10 years on

September 2021 non-update: nothing more to say. I just fancied resurrecting this old piece from the voluminous Salut! Live archives ...

As a young lad trying to avoid such meaningful activity as homework, I regarded the arrival on Radio Luxembourg of this big hit from the States as a significant event. 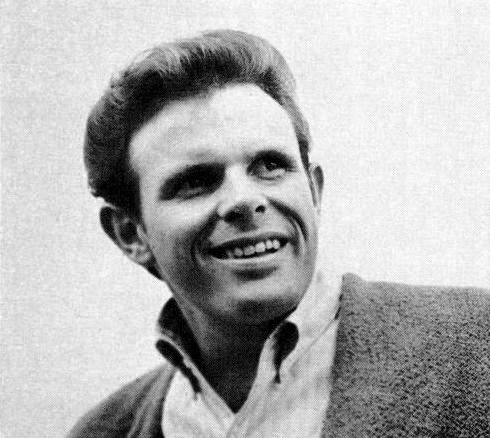 It was as good a single as I remember from the year, and I briefly wanted to be Del Shannon. Later that year, or maybe the next, I was in Blackpool on a family trip. The amusement arcades had make-your-own record booths and in I went to give Runaway my best shot.

Anyone in earshot probably ran away too. The Del Shannon falsetto was beyond me by some margin.

Still I had my record and would play it every so often; it made me wince to hear it, and if I am honest the effect was hardly less demoralising in the bits between the falsetto lines.

I could not even put it down to poor studio facilities since the combined powers of Phil Spector, Mickie Most and Joe Boyd would have been insufficient to make me sound other than excruciatingly bad.

This version, slower than the original, was suggested. by Eileen Jennifer, who administrates the 60s 70s Folk Music Facebook group, where I had readily admitted that Runaway wad neither folk nor folk-rock.

Del, who began life as Charles Weedon Westove, was wholly unaware of this cover version. His visit to my home town of Shildon, Co Durham some years later, his career by then in sharp decline, was not a desperate attempt to track down any missing royalties (I credited his keyboard player Max Crook,  as co-writer of Runaway but see Lawrence's detailed observations in Comments below).

He was there to play one of the workingmen's clubs. This, in a piece at Salut! Live from many years ago, is how I described the unfortunate prelude to Del's big night:

Del Shannon's encounter with the admirable but sometimes unbending nature of the workingmen's club movement - I speak with affection since my late father was a long-serving club secretary, also in Shildon - actually made the national press.

The Daily Mirror, possibly only in its northern editions, ran the story of the great man's arrival at the front door as that night's star turn. "Where are your club cards?" growled the steward on duty at the entrance. "But I'm the artist who's appearing here tonight," Del protested, perhaps struggling to suppress that famous falsetto. The steward was not impressed. "Aye," he said, "they all say that. As far as I am concerned, if you're not a member or an affiliate, you're not getting in unless someones signs you in."

Now I know that Del, no longer with us of course, could not have produced club cards. I also know that he went on to perform that night, so either the man on the door was overruled in the nick of time, or he was finally persuaded that Del's accent was not that of a Durham railwayman trying to sound American.

It occurs to me that having missed the show, probably because I was by then living far away, I never asked anyone how the falsetto seemed to be bearing up to the passing of years.

Del shot himself during a bout of depression in 1990, aged 55. It is a huge shame that his life ended that way, and indeed that his career had hit the rocks more or less when he was hitting the bottle, though he was talented enough to enjoy the occasional resurgence. He was a very good American pop singer, and Runaway was a great song of its time.

Del Shannon wrote ‘Runaway’ he did not co-write it with Max Crook, he gave Max the 'co-write' credit for coming up with the keyboard interlude.
He killed himself while on Prozac anti depressants. He's career was on the up at the time of his death. He was picked to replace Roy Orbison, after his death, in the Traveling Wilburys.
I saw Del Shannon at the Birmingham Town Hall in about 1963.
I went to the gig with a girl that was two years older than me, the beautiful Linda Wheeler, who kissed me goodnight. When I say she kissed me I mean she kissed me, my first French kiss.
Del Shannon’s stage performance was a bit rigid, he just stood in one place for the whole of his gig, but his voice was brilliant.
I was a fan from the first time I heard ‘Runaway’ and bought all his singles. One ‘B’ side ‘The Answer To Everything’ was a song I went on to sing twice a week working as a Holiday Camp Entertainer. I also sang ‘Runaway’ in the ‘Rock ‘N’ Roll’ Show every Friday night, but in a much lower key.
I would listen to ‘Runaway’ on Radio Luxemburg, it would fade in and out, to add to my frustration the radio was faulty. It was an Ever-Ready radio with a lid that if you closed it while it was still on would sound a loud buzzing alarm to remind you to turn it off.
The radio had a fault that would cut out after about ten minutes, usually half way through ‘Runaway’. The only way you could get it to work was to close the lid so the alarm would buzz restarting the radio.
The first time I heard the song properly was when I bought the single, then I played it over and over on my Dansette record player, drove my Mom mad.

Del Shannon played a big part in my life.

Thanks for that detail and your own anecdotes. I think I broadly covered the fluctuating nature of Del's later career but am grateful for your additional knowledge,

Fabulous record. Just to be different, I play a version on a church organ or similar in the style of Bach's toccata.

And I bet yours is a treat. If you haven’t already seen it , the piece abov has a lovely anecdote about Del arriving at the workingmen’s club in my little home town and initially being refused entry by the doorman because he hadn’t a club membership card

there were no Swiss Maids in Shildon - except that wasn’t there an ice cream called that?