In my relentless drive to update all sorts of archived files at Salut! Live, I risk losing count of where we are in the Cover Story series that draws attention to different versions of the same songs. I think we're at No 65 - which gives you an idea of how much else there is to see if you think it's a good idea in the first place.

The Four Seasons were one of those musical events of the Sixties that seemed to change my life. I moved on from flirtations with Elvis, Del Shannon, the Shadows, the Crystals, Ronettes and Chiffons - and even, briefly, Skeeter Davis and Jim Reeves - to idolise the Beatles, the Stones, the Kinks, the Animals, the Who and so many other British bands.

But I always kept an eye fixed on the other side of the Atlantic: Beach Boys, Byrds, Dylan and Baez, the Paul Butterfield Blues Band and many more. And throughout the decade, it seemed, there were the Four Seasons, named after a New Jersey bowling alley where they had failed an audition for a lounge bar residency. 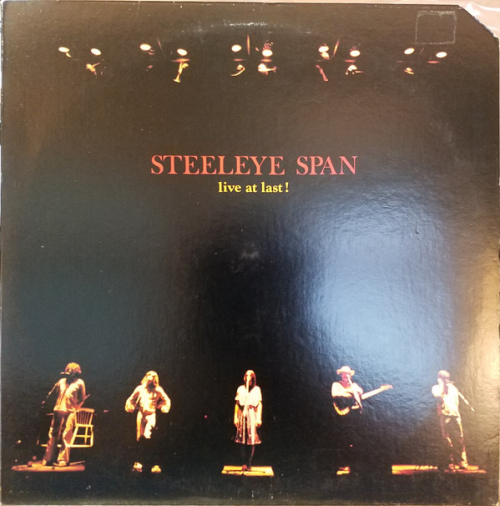 That piercing falsetto of Frankie Valli, the supremely melodic songs and their potted teen-angst themes hooked me instantly.

They went on to record plenty I wouldn't listen to now, but I still get a thrill hearing Dawn, Walk Like a Man and - yes - Rag Doll, easily my favourite Four Seasons' single, Bob Gaudio's song inspired by a dirty-faced, ill-clothed little girl who would run into the street at traffic lights in Manhattan and clean windscreens for a pittance.

I could write a longish article about Steeleye Span novelty recordings. That's what I call them; others say there were deadly serious. Rave On, To Know Him is to Love Him (both excellent), some slightly embarrassing Christmas greetings and so on. I have spent probably 40 years thinking their Rag Doll cover was seriously good, but - maybe because I'm more of a Long Lankin man - not quite as good as the original.

But that was then. Having just checked both versions once more, I find myself leaning steeply towards Maddy's soaring vocals, her falsetto the equal of Valli's, and the lads' exemplary and to my ears superior accompaniment and arrangement. Sorry Frankie and Bob, especially if either of you or co-writer Bob Crewe ever went back to the Hell's Kitchen traffic lights to change that girl's sad rags into glad rags.

Oh, this is a tough one! I'd never heard Steeleye does this and boy, do they do it well... I love it. I think I narrowly prefer the Four Seasons' original but, really, it's two different songs. Steeleye Span's is neither a caricature nor a tribute. They make it their own. Wonderful stuff.