Nanci Griffith. A song a day: (5) Once in a Very Blue Moon plus distance and time

Without apology, I am breaking the rule of this series once again. In fact, I am driving a coach and horses through the rules.

To close a week of "song a day" tributes to Nanci Griffith, who died a week ago, aged just 68, I am offering not one clip but three plus a YouTube link to a fourth that cannot be embedded here.

But first let me thank all the readers who have come in their hundreds each day - nearly 500 one day - to see and, I hope, hear which gems I have chosen, or others have suggested, as drops in the ocean of magical music that Nanci leaves behind. One new reader, drawn here by what has been published since Nanci's death was announced, has sent me her own appreciation and that appears here.

Nanci Griffith wrote some beautiful songs and these made her an acclaimed storyteller and balladeer. But my final choices are, by pure accident not design, songs written by others. 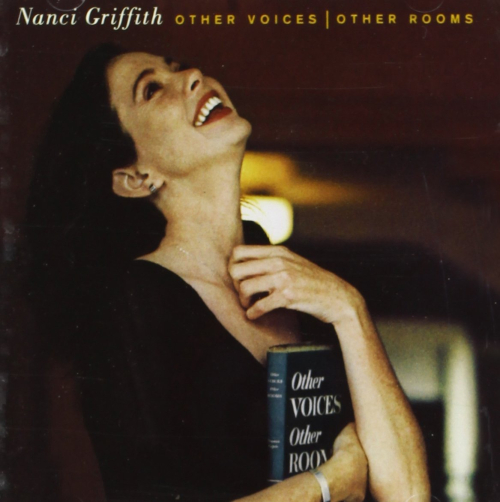 For many among Nanci's legions of admirers, her signature tune could well be Once in a Very Blue Moon written by Pat Alger and Eugene Levine. It was the title of an early album and probably influenced her decision to name her backing band the Blue Moon Orchestra.

If that was good, allow me to suggest that From a Distance was better still.

Julie Gold, a friend of Nanci's, wrote the song and Nanci recorded it first.

But it became a smash hit for Bette Midler though you won't find many Nanci fans who accept Midler's as the better version.

Here, Nanci sings it at an open-air event (the headline says Norway and there is Norwegian text superimposed on the video but the "more info" section identifies the setting as 1993 Anderson Fair in Texas.

To conclude. If Once in a Very Blue Moon was great, and From a Distance greater, I've saved the best for last.

Sandy Denny's classic, Who Knows Where the Times Goes?, seems a highly appropriate selection given the reason for this mini-series. Sandy's fans quite reasonably say her own versions have never been bettered, and I frequently feel the same way. What cannot be denied is that many - and I mean many - other superb artists have done Sandy's song proud. As Nanci does, save for the jarring shalala shenanigans at the end.

When I stumbled upon her live interpretation, preceded by a short scene from backstage beforehand, I knew this was where I wanted  this series to end. It is described at YouTube as being from the "Transatlantic Sessions series 2 (1998)" and shows Maura O'Connell, Karen Matheson and James Grant as Nanci's musical partners.

Sadly, someone very precious, or maybe just some music industry suits, ruled that the clip could not be shown at another site, not even a wholly unprofitable and essentially non-profit-making one like Salut! Live.

So just follow the link to YouTube and tell me what you think. I will add a studio version but, good as it is, it's not quite the same.

So farewell Nanci. I hope this little series has lived up to its billing and properly respected your great talent, one that will be remembered as long as music is played.

Nanci Griffith's albums, songs and live shows have been part of my life since I first heard her singing "I Wish It Would Rain" on Radio 2's Andy Kershaw show one Sunday evening back in the mid 1980s in the living room of the first house I ever bought.

There is only one other piece of music that always takes me back to the very first time I heard it and that is Mike Oldfield's "Tubular Bells" which John Peel played it in its entirety when I was drinking a bottle of white wine and eating spag bol in the kitchen of a student flat in East Finchley in early 1973. Wikipedia tells me this was May 23rd and must have been a happy month for me as Sunderland had won the FA Cup 18 days previously. I am still waiting to celebrate another major trophy!

When I heard of Nanci's death it was with the obvious sadness that a great talent had passed and a reason, not that I ever needed a reason, to wind up the CD player and listen once again to her back catalogue and reflect on the many great songs she has left behind, for future generations to discover and enjoy. When I read Colin's intention to publish a number of daily tributes to her I urged him not to forget her own song writing talent.

Whilst Colin and I have musical tastes that overlap, they also diverge and we don't always have the same reaction to certain artists or their style of performing and nothing wrong in that.

Like Cindi Fish Wetmiller, posting on the Salut! Live Folk Group, the album "Other Voices, Other Rooms" introduced me to a whole host of singer/songwriters with whom I was unfamiliar, which gives me another reason to be grateful to Nanci Griffith and she undoubtedly adds another dimension to many of the songs she covered.

But funnily enough, "Who Knows Where the Time Goes" is one of the few I feel doesn't match the quality original. I find it pleasant enough, but for me there's something about the timbre of Nanci's voice, or maybe it's her accent which doesn't quite stand comparison with Sandy's. But hey! I'm nit picking here as it's still a fine rendition.

When I was a Primary School teacher some one once said to me, that if you write your class list down without looking at it, the children's names at the bottom of the list will be the ones who demand less attention or are less likely to be high flyers and so care was needed to ensure they their fair share of your time. Good advice, which applied to music helps me work out my favourite songs from any particular artist or group.

Without thinking my top five Nanci Griffith's songs (all written or co-written by her interestingly) are: "The Wing and the Wheel", "Gulf Coast Highway", "Love at the Five and Dime", "I Wish It Would Rain" and "Trouble in the Fields".

Thanks for sharing those fascinating thoughts, Malcolm. I like the unembedded live version of Who Knows but wouldn’t otherwise place Nanci anywhere near Sandy or the top 5 or more interpretations. For all that, it’s still good and just felt a good place to end the series

Best version of "Who Knows Where the Time Goes" ever. I didn't know "Once in a Very Blue Moon" so thank you. It's a wonderful song. Better, I think, than "From a Distance" but it's not a point I'd argue.