Home Archives Profile Subscribe
Nanci Griffith. A song a day: (5) Once in a Very Blue Moon plus distance and time
War, what is it good for? Absolutely nothing. June Tabor ... No Man's Land

Nanci Griffith: honouring 'the soundtrack of my life'

On Friday September 13, we learned that Nanci Griffith had died. All week, Salut! Live has been paying tribute to a superb advertisement for country and folk music - folkabilly as she liked to call her genre - and you can browse the series of articles, and enjoy some of Nanci's music, at this link
Cyndi Fish Wetmiller is one of an army of Nanci Griffith fans who were quick to express her sorrow at this loss of a great singer-songwriter at just 68. I quoted from a Facebook message of hers - 'she wrote the soundtrack of my life' - in the fourth instalment of this week's 'song a day' series, prompting Cyndi to share with me a fuller tribute, written as you will soon see on the day of Nanci's death* and reproduced now...

Nanci Griffith died today*. Now I know why I felt so uneasy all day.
Another musical angel was called to heaven. It’s like I felt it. When John Prine died I felt something similar. But this? This is a death that shakes me. Nanci’s music just always touched me in ways no other artist’s music could. Now she’s gone.
I first heard of Nanci Griffith from an old Pittsburgh friend, Scott Johnson. Scott introduced me to some of the best music — music that shaped the woman I am today.
I have many favorite songs from Nanci Griffith, but her older albums are my favorite. Her songs will always be a part of me. My mom loved her, too. My mom taught me to love folk music which today we call the singer-songwriter genre. Nanci’s album Other Voices, Other Rooms was an album my mother and I both loved. It contains a lot of folk song covers.
I hope my mom is welcoming Nanci into heaven tonight. Nanci is the last musician/artist that my mom and I saw in concert. It was in Chatauqua on a warm summer evening. I can hear my mom singing her songs as I listen to her music. I guess that’s why her death is so heartbreaking.
From Nanci Griffith I learned to love John Prine, Steve Earle, Mary Chapin Carpenter, Lyle Lovett, Kate Wolf, Emmylou Harris, John Hiatt, Brandi Carlisle and so many more great musicians. Seeing her perform live in Pittsburgh and Chatauqua was life changing. She will be missed.
If you’re not familiar with her music, take a listen. Her music has been covered by many artists. You may not know the songs were her songs.
RIP Nanci

“I think that a lot of women are made to feel that they have not done the one thing that they were put on the earth to do if they didn't do the normal thing, if they didn't take the most travelled path. And it's unfortunate.” -- Nanci Griffith 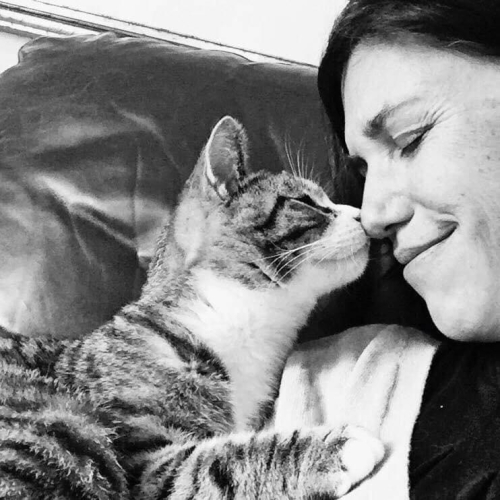 Cyndi on herself: I’m originally from Pittsburgh, Pennsylvania. I grew up with a mom who loved folk music, was very musical and sang all the time. When we did the dishes we would sing and from those dish washing days I learned harmony. My mom played the ukulele and when I was 15 she bought me a Martin guitar. I never took lessons, just plugged away at it on my own with my mom. I still have her ukulele and some day I’ll take it down off the shelf and restring it and give it whirl. My mom died in 2018.
Music has helped me with my grief. My first concert ever was with my mom: Peter, Paul & Mary. Mom and I saw them at least 10 times throughout my childhood into early adulthood. We used to go up to Chatauqua NY to hear music and if PPM was on the concert schedule we always went. One summer Nanci Griffith played there and the rest is history. Mom and I loved Nanci ...
I am a mom to two boys who are 15 & 16. Thankfully my youngest son likes my music and if I had to drive across country he would be a great copilot since he has some great playlists that never cease to shock me when I realize what tunes he has added. We had a conversation not too long ago while driving to his basketball tournament and we each had to pick five artists we would listen to if those were the only 5fivewe could listen to for the rest of our life. I picked Nanci Griffith, Brandi Carlile, Lyle Lovett, Shawn Colvin and Patty Griffin. Henry picked Jethro Tull. The Who, Tom Petty, The Beatles and Bruce Springsteen. I guarantee you he is the only kid on his basketball team listening to Jethro Tull in his ears during warm ups for a game!
On another note, I discovered an artist named Kezia Gill from the UK last year during the UK lockdown. Every Friday night she had a Pour Me a Strong One session in her living room and played requests and original tunes. She is a singer-songwriter with a twist of country. Anyway, one week I requested a Patty Griffin song and she admitted she was unfamiliar. I sent her some YouTube videos and my request for her to sing “Forgiveness.” And she did! I’ve attached a screenshot video of her singing that for me. I messaged her last weekend when I heard Nanci had died. I had seen on Facebook that she was on a break from her tour and was going to do another living room live session this weekend. She said she would play a Nanci song! It will be UK time and she will be live on her Facebook page: https://www.facebook.com/keziagillmusic/.

** And finally, Bill Taylor has been banging on about Ford Econoline, one of Nanci's songs that I haven't yet found room for. A long way from being my own favourite, but here just for Bill it is ...

Thank you. But "banging on..."? Dear me.
For the record, I regard "Ford Econoline" as a wonderful piece of work in so many ways. And that's leaving aside the fact that in a musical world that has produced dozens of songs about cars, this is probably the only one about the North American equivalent of a Transit van.
Nancy Griffith takes no prisoners. She swoops into the song and then sends it soaring gloriously, a paean of praise to self-empowering women (it was inspired, I believe, by the late Rosalie Sorrels, a singer-songwriter who also collected traditional American folk songs. She left her husband in the 1960s and took to the road, performing at clubs and festivals).
The woman in the song is married to a "gambler, a Salt Lake City rambler" who builds "a golden cage around his silver-throated wife." But then, for reasons best known to himself, he buys her that van...
The song is joyous, it's witty, it's defiant, it's triumphant. It's altogether wonderful.
I've only heard one cover and that was done - incongruously perhaps but rather well - by Hootie & the Blowfish, the all-male South Carolina rock band. I guess to honour their southern roots, they changed the Mormon church in the lyrics to the Baptist church. They performed it in concert but never recorded it. I used to have a good-quality bootleg version, laboriously downloaded (in those days, a process that could take all night) from the old and illicit LimeWire music file-sharing service. Alas, when LimeWire went, so did the bootleg. There is a clip to be found on YouTube but the quality is dire.
As for Nanci Griffith singing the song, I think she does it best as a guest on the Chieftains' live album. You can feel the adrenalin in her performance. Great stuff.
Here, without apology, endeth the banging on...

I felt guilty about having neglected it all week and heard it for the first time when posting today. It will grow on me