July 2021 update: today, I listened for the first time in many years to Eliza Carthy's Mr Magnifico, to which I had been alerted by great friend - and occasional Salut! Live contributor - Pete Sixsmith.

I had forgotten just how good it was and how brilliant Eliza Carthy sounded when she finally interrupted the dialogue and sang. She has done so much since its release 13 years ago that I should offer it again as witness to her talent, not to what she is doing now. The piece below - from just short of 10 years ago - clearly appeared after the sort of result in a Newcastle-Sunderland game that would cause untold distress to Sunderland fans like Pete and me. Its reappearance now is justified by the greater audience Salut! Live currently enjoys ... 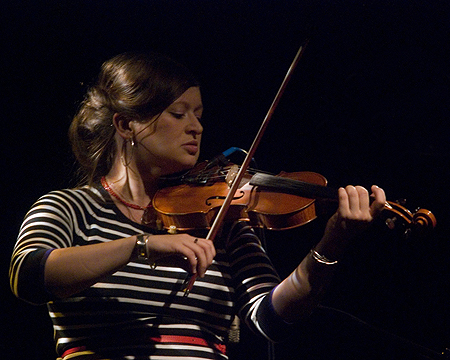 Photo by Roger Liptrot for his folkimages site

August 2011 original: So Salut! Sunderland gets 17,000 hits over a grim weekend (doubtless a clear majority from gloating Newcastle supporters), and Eliza's sparkling music will struggle to get into three figures. For folk's sake, has anyone got an answer? ...

Eliza Carthy has achieved so much in music that it may seem odd to choose a track on which we have to wait an awful long time for her voice to appear. But it such a wonderful piece of music that I could not resist it.

It is not the song I would have chosen first from all that Eliza - Liza to those in the know - has given us.

I searched in vain for North Country Maid, which I heard her perform unaccompanied and quite magnificently one night in north London some years ago.

The occasion is embedded in my memory because it had taken a difficult journey to reach the venue: Arsenal supporters, or should I say people living in Arsenal-supporting territory and certainly including some fans, had decided that the appropriate response to winning the FA Cup that day was to stage a riot.

No North Country Maid, then, but Mr Magnifico is a very decent second-best.

A sumptious, bouncing beauty of a song, beginning with a long spoken narrative by Tim Mathew, it appeared on Eliza's album, Dreams Of Breathing Underwater, which Adrian Denning gave a precise 8½ out of 10 in his online reviews of her work (Adrian was not that keen: "When Eliza enters on vocals, you've been a little disoriented. Not one of my favourite tracks on the album, but kind of taking forwards what Eliza did on The Imagined Village album."

I clearly disagree. And if anyone should come across the poor North Country Maid who up to London has strayed/ Although with her nature it did not agree ... 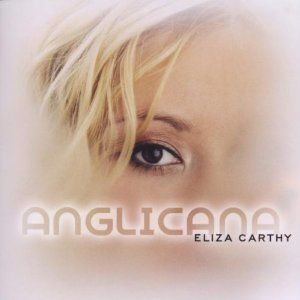 * Eliza Carthy's CDs can be bought for the customary low prices, along with most of the music you have encountered in this series, by clicking on this Amazon link.