Home Archives Profile Subscribe
Song of the Day Revisited: Dave Swarbrick with Fairport Convention ... Now Be Thankful
Song of the Day: Joan Baez interprets Dylan as only she can ... Don't Think Twice It's All Right

Song of the Day Revisited: Luke Kelly ... The Town I Loved So Well

June 2021 update: when I published my football site Salutsunderland.com, this would have featured in my Ten Years After category, blasts from the past that first appeared 10 years before. I'm a few days out on this gem from Salut! Live's  Song of the Day series but it is a song I never tire of hearing. And I have added the writer of the song, Phil Coulter, playing a gorgeous instrumental version on piano at the funeral of a Derry political giant, John Hume. My friend Frank Gallagher was director of music for the service.

Uniquely, so far as this series is concerned, today brings a second Song of the Day. I explain why later ...

Immediately after I started what will almost certainly turn into a haphazard rather than daily series, plucking clips of musical treasures to be reposted at Salut! Live, it struck me that I had at least two subconscious influences.

One was the Musical Monday feature my friend Julian Young includes at his site, The Other Side of Paris. Our tastes only rarely coincide but I invariably find his selections interesting even when the music does little for me. 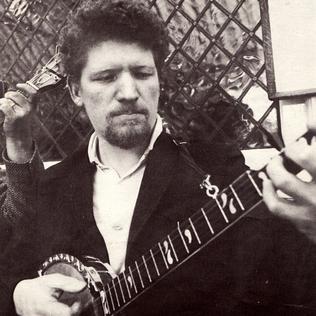 Some readers may suspect I was also inspired by Jon Boden 's project, A Folk Song A Day, which ran for a year until Thursday. Shamefully, though living for much of the time in France may offer some excuse, I have to admit I was not even aware of it until my friend and Salut! Live/Salut! Sunderland confrère Pete Sixsmith mentioned it on the phone this morning.

The other person who, it is now clear to me, set my own thought process in motion (not that posting a clip a day requires too much thought) was Enid Bühler, née Graham, who was in Pete's year at Bishop Auckland Grammar but has lived for years in Germany.

Enid adds occasional video links at her Facebook page. She is a passionate Dubliners fan and it was their music that I initially noticed most on her page, though she includes plenty of other folk artists, too.

So it is in honour of Enid, and the idea I inadvertently filched from her, that my series reaches her favourite band.

I dedicate the series to her and mark doing so by making this the only day on which I shall offer not one but two Songs of the Day (soon enough, gaps will begin to appear and on many days there'll be none).

Where to start with the Dubliners. Well, where to end is easier; I end with the death in 1984 of Luke Kelly, not because I feel they did/have done nothing of merit since but because Luke, to me, was the Dubliners.

I rate and respect each member of the group, but the passion, melancholy, anger, warmth, feeling and commitment in Luke's singing drew me to them more than the combined qualities of Ronnie and Ciarán (also no longer with us), Barney [also deceased since this first appeared - Ed], John, Sean et al.

I saw Luke sing with the band maybe 10 times. Once before a show at one of two none-too-fondly remembered night clubs in Spennymoor, Co Durham, he agreed to see me in his dressing room (I was a cub reporter on the Darlington-based Evening Despatch and had a folk column).

It was not my finest hour as an interviewer but I was probably starstruck and, in honest moments, have never blamed him.

Raglan Road was very nearly my choice. His is a great version but I prefer it sung by women and have at least three from which to choose further down the Song of the Day production line.

So I went for The Town I Loved So Well, the Phil Coulter homage to his (Phil's) home city, Derry - it wouldn't seem right to spell it the longer way in this context - that made Luke sound every bit as if he came from there, too, rather than Dublin.

It was not quite the most impressive song to emerge from the Troubles, but would certainly be among my own top 20 (desperate times often produce great art) and no one performed it better than the Dubliners with Luke Kelly taking the vocals. It is a live version with the occasional lapse in phrasing, but curiously seems none the worse for that.

* Among the albums on which the song appears is The Very Best of the Dubliners, which can be bought at this link or by browsing the my Amazon record shelf in the right-hand sidebar.

Had forgotten you did a folk column back then. Was the interview at the Top Hat or the Variety Club where the bar counter was inlaid with old copper pennies? Saw PJ Proby there in the days before his pant-splitting days.

It was the Variety. My only "memory" of the Top Hat is getting very drunk there on someone's - Alan Sims's ? - birthday and accidentally breaking the pinball tabe but somehow talking myself out of trouble.

Thanks a lot for this unexpected (and undeserved) honour! And more than that - thanks for the Bishop Auckland Folk Club many many moons ago - it was there that my interest in folk music was aroused in the first place!

We all got very drunk at the Top Hat - at least once a week.

It was at Peter Bibby's 21st, I believe, that you went through the glass on the pintable. Alan was sick out of the back window of Sue's car and all down the side of it.