Who said Brexit would bring only pain once the euphoria of establishing sovrinty innit had worn off?

The folk world has joined exporters, importers, student explorers and all manner of Britons in rejoicing at news of the world-beating trade deal with not only Norway but Iceland and Liechtenstein too.

In the case of the performing arts the EU may remain forbidden territory as a direct consequence of Britain refusing to strike a mutually satisfactory arrangement as offered way back in the negotiations leading to the oven-ready deal, ready to go, that Boris Johnson may or may not have read before signing.

Aware it had the full support of both readers of the Daily Express, and the entire Red Wall, the UK said Non.

Boris was against anything that undermined the new Little Englander obsessions of those parts of the union that voted for the wretched thing at all (ie not London, Northern Ireland or Scotland.

The actual best interests of the UK and its citizens, of course, remain secondary.

Little matter that according to informed analysts, even the Norway/Iceland/Liechtenstein deal itself, as with so many of the agreements announced with great fanfare by Liz Truss, the minister with responsibility for such matters, is less beneficial to the UK than the existing arrangements between those three countries at the EU.

Sovrinty innit. This latest giant stride towards the Sunlit Uplands of Global Britain means musicians and others will be able to tour those small corners of the continent of Europe without impediment.

Once they get over their natural initial response of immense gratitude to Boris's government, bands and solo artists will start planning dates to take full advantage of what has been negotiated for them.

Just watch them as, already, they form an orderly queue. One spoof Boris account at Twitter has impudently suggested that the first in that queue may well by a James Newman tribute act formed in honour of a stupendous performance at Eurovision (never mind that Express, Mail and Sun columnists and readers believe Australian and Israeli voters spitefully gave him nul points because of, er, Brexit) 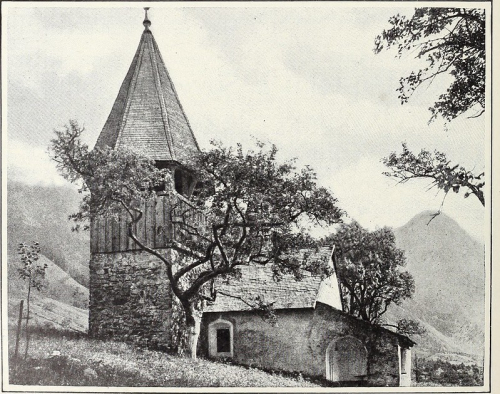 A typical venue in Liechtenstein

So I asked around:

I'd guess @BarbaraDickson is packing her bags as I write .... all goes to show Brexit is not as philistine a project as we imagined. Global Britain strikes again

With these enthusiastic replies: Liechtenstein, Eliza?

Start again in a country where I’m pretty sure I have no fans, rather than where I’ve worked my entire life. Thanks @BorisJohnson you absolute KNOBLORD

Well how about Iceland, Eliza? Lots of visitors swear by it even if they only swear AT Liechtenstein ...

Whilst I’d love to go there, sadly also inconsequential. Norway is slightly better, but the last time I was there was around ten years ago. 😔 https://t.co/TVSYuMf093

Its mercifully small. You can turn out the lights and be in bed before it gets dark.

I looked in to touring Liechtenstein ... but the nearest Travelodge was in Austria which required a visa!

I actually did a gig in Lichtenstein once. Around 1985. As I recall the entire country is about the size of Barnard Castle...

Boris the Spite Her.