Cover Story: (15) The Queen and the Soldier. Suzanne Vega or Kathryn Roberts and Kate Rusby

June 2021 update: back in 2017, when I first published this quick look at the outstanding Suzanne Vega song, The Queen and the Soldier, I promised to add details of the arrangement used by Kate Rusby and Kathryn Roberts for their rightly acclaimed interpretation.

It skipped my mind until last night when, separated as I am by 1400km from my main record collection, I began an online search. I drew a blank using my phone but by adding the search term "cello", I have just come across what I needed* within seconds on laptop ... otherwise my comments in this latest dip into Salut! Live's popular Cover Story series require no real change ...

Can, for once, a draw be called?

I have already said Cover Story is not intended as a series of duels. It is merely a vehicle for alerting Salut! Live readers to - or, more likely - reminding them of the options music offers, the different versions of the same songs, though personal preferences are inevitable.

I have always admired The Queen and the Soldier, a long anti-war ballad written by Suzanne Vega. But until a few hours before I wrote this article, I had heard only the version by Kate Rusby and Kathryn Roberts on their eponymous 1995 recording that I made my album of the decade back when reviewing folk music for The Daily Telegraph.

Roberts is the dominant voice on this track but Rusby - for once in the background - adds exquisite harmonies. 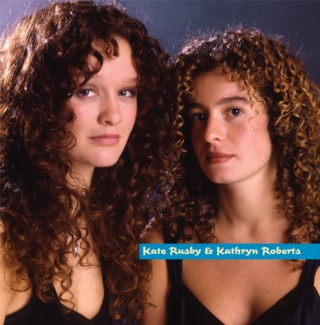 Having decided to include the song in the series, I belatedly listened to Vega singing her own song.

It is a treasure, with beautifully clear vocals, superb timing and the force you'd expect in the delivery of powerful lyrics.

We are left to reflect on the principled sacrifice of the soldier and the pained execution of duty by the queen, though the hint of sexual attraction has led some to speculate that Vega had in mind Queen Elizabeth I.

Rusby and Roberts? I well remember an Irish friend, Frank Gallagher, a superb musician himself, asking me about these "gorgeous Yorkshire lasses" - he may not have said lasses - who were taking the English folk scene by storm. He was a step behind me, having just come across the music of Kate Rusby and Kathryn Roberts.

I loved their refusal to compromise on their Barnsley accents then, and I love it still.

And the arrangement* of their version is simply stunning.

Among the comments at YouTube, we find "TheGloucesterfarian" declaring: "Suzanne Vega may have written it, but Kate and Kathryn bring this song to life."

But I am with another contributor to the debate, Brongaene Griffin, who said: "Vega's version is pretty amazing too. I wouldn't compare them. They are just different. Neither is better or worse. Vega's voice is crystal clear and perfect in pitch."

Take your pick. I'd play either and be equally satisfied. 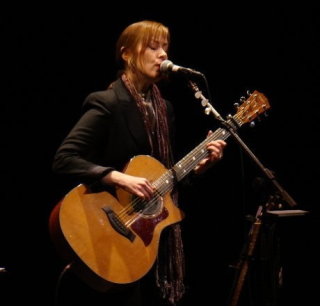 * I realised on bringing this item up to date that I had promised but never got round to adding the arrangement credits. The haunting cello is the work of Alison Kinnaird,  who complements her virtuoso musical activities by also being one of Scotlands most respected glass engravers. John McCusker played fiddle, Kate piano and Kathryn piano and flute.

*** Photo of Suzanne Vega by CC BY-SA 3.0 or "Mattge3". The Rusby and Roberts photo is the cover of their album.

This is a wonderful song and choosing the better version isn't easy. I think Vega takes it, though. The slight rawness of her voice, underscored by the plaintiff organ, gives the words more impact than Roberts' and Rusby's rather more melodious, even prettier rendition. If anything, their version is a little too over-produced. Simpler would be preferable. That's not to knock them, though. They do a beautiful job.

This was my favorite so g of Suzanne Vega back in the day. Now when I hear it it gives off a kind of a Game if Thrones vibe!

Bridget: my daughters put me under relentless pressure to watch Game of Thrones. My stock riposte - "dragons!' - has no effect.

I had not previously heard the Roberts/Rusby version. It strikes me as overdone. I am not moved by the orchestration, but annoyed by it. This is a (contemporary) ballad, modeled after ancient ones and should be sung with some starkness and simplicity as Vega sings it. I would like to hear Richard Thompson sing this, if he cared to.

I always loved this Suzanne Vega song, but I'm ashamed to admit that I never until now knew the Roberts/Rusby version. It's just stunning. It's a song as, or more relevant for the present day than at any time in the past. Thank you for sharing this.

In successive posts, Sharyn and Peter encapsulate the spirit of the Cover Story series and the nature of human taste