Home Archives Profile Subscribe
Dylan neat or Dylan beat. Blowin' in the Wind by the master or by Peter, Paul and Mary
Dylan at 80. A local hero's salute to a global hero

Dylan at 80: positively a bitter slice of the master’s prose and the 'gawping amazement' it stirs

May 2021 update: on Sunday, the eve of Bob Dylan's 80th birthday, I will publish a selection of beautiful tributes from UK artists and writers. One of the contributors who responded to my invitation, the writer Colin Irwin, describes the "gawping amazement" he experiences each time he hears Positively Fourth Street. I know the feeling.

To end the Dylan at 80 series-within-a-series, considering a handful of the long list of songs of his that others have covered, I have also chosen Positively, for the stunning impact had on me, too. One critic, David Marsh, described It as "an icy hipster  bitch session ... Dylan cutting loose his barbed-wire tongue at somebody luckless enough to have crossed the path of his desires." Not language I'd choose but, again, I know what he means and share the sentiment.

Thank you all for coming such large numbers to this "Dylan neat or Dylan beat" sub-series. There was never the slightest chance any other version could, for me, trump his own. With proper respect to Johnny Rivers, room is found here for him only because a) Dylan rates him so highly and b) it eases the article into the Cover Story series ...

And this is how the piece originally appeared more than a year ago (the Comments are worth reading, too)...

Is there one piece of music, from a Beethoven symphony to a three-minute chart-topper, that you could listen to over and again? Something stirring or quirky enough to triumph over excessive familiarity and get you through coronavirus confinement?

I suppose the truth is that there probably is not. But for most of us perhaps, there are recordings that at least bear frequent repetition. Here's one I chose. You may have other ideas ...

Stuck in the car on successive days, with a disinclination to listen to yet more depressing Covid-19 news and a limited choice of CDs, I ended up with Capital Gold and its diet of old hits. 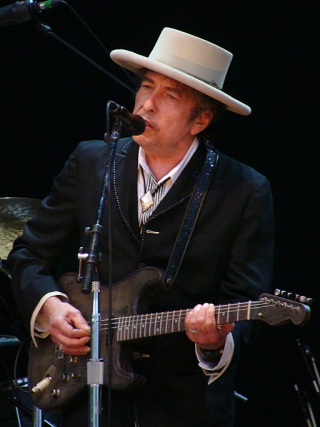 But it would help if the playlist changed daily, which it didn't seem to do over the three days I listened to the station on medium-distance drives before the Government announced curbs on leaving home.

Luckily, the daily dose of Bob Dylan's Like A Rolling Stone pleased me as I love the song to bits; see this Cover Story edition which produced a lively electronic postbag of the respective merits of Dylan vs the Stones. But I could have done without most of the other very modest selection of tracks, British and US chart fodder endlessly repeated.

It all reminded me of years ago when a neighbour's teenage son would play Don McLean's American Pie anything up to a dozen times in a row, at the obtrusively high volume that characterised the way he watched or listened to all TV and music. "He's a little deaf," his dad would say, not really bothered that his lad has ruined an excellent recked for me.

The Cover Story item was published here too recently (October 2018) for Like A Rolling Stone to be the proper choice.

But I am sticking with Dylan and going for another of those exquisitely bitter epics, Positively 4th Street written as he flailed about in desperation to leave behind acoustic and folk music.

It has that glorious dismissive opening line - "You've got a lot of nerve to say you my friend" - and this is followed by a tirade of couldn't-care-less-if-you're-down bile before that cruel denounement that owes a little to Robbie Burns.

For the Bard of Aryshire: "O wad some Power the giftie gie us/To see oursels as ithers see us.". For the Bard of Minnesota: "Yes, I wish that for just one time you could stand inside my shoes/You'd know what a drag it is to see you."

Who is Dylan getting at?

The list of contenders, standing with reasonable observance of social distancing protocol, might fill a Tesco superstore car park.

One of the many people in Greenwich Village folk circles who resented his drift towards rock, maybe.

Or perhaps it was as Dylan suggested, a hearty mix of all those who had displeased him in one way or the other.

Wherever the truth lies, the song is a gem. As a bonus, I've added a clip of Johnny Rivers singing it because Dylan once said he preferred it to his own version. It's well known that I do sometimes turn to covers of his work. With Positively 4th Street Rivers is good, Dylan the master.

Perhaps "Tubular Bells," which is even longer than Dylan's new 17-minute release.

I recently re-discovered a few Dylan oldies that I hadn't listened to in a long time, I Dreamed I Saw St Augustine, As I went Out One Morning, all of Blood On The Tracks and Back To Zero among others. Then I found this video, newly added to YouTube, maybe I haven't been watching it as much as your American Pie-faced neighbour listened to Don McLean's epic but in the last week I must have seen it twenty times. Featuring Leon Russell and two Beatles....
https://www.youtube.com/watch?v=ufbHfGU7WxA

Schubert's Unfinished Symphony. Then you could spend seven days trying to finish it

Beethoven's Symphony No. 21 in C Major.

If you want a bitter Dylan then look no further than "Idiot Wind" which would set a challenge to learn the song during this period. I also got a book with the chords for it for Christmas.

I might have to try all 42 verses of Tam Lin just to while away the time.

This is a toughie Colin. I was going to go for something by Paul Simon but for exuberance and length I'd opt for Vivaldi's Gloria - can sing along too.

Desolation Row. It's one of the Dylan epics which I just want to go on and on, adding as many more verses as he could. But since there are only those we have, I could easily just start it again. Other epics which have the same effect on me include Gates of Eden, Stuck Inside of Mobile, Sad Eyed Lady of the Lowlands. But Desolation Row - unusually for Dylan - also has a pretty tune to help it along.

For me, Thunder Road by Bruce.

Peter and the Wolf, by Prokofiev 🙂

Songs or albums? Deacon Blues - Steely Dan. Take a Giant Step - James Reyne. If you listen you will understand. If I think about Michael Gove then Burn - Deep Purple.

At The Ball, That's All, by the Avalon Boys, accompanied by Laurel & Hardy dancing (you'd have to imagine the last bit).

According to his obituary in The Times of 04.02.19, the 'victim' of Positively 4th. Street was Izzy Young, proprietor of the Folk Centre Greenwich Village.
https://www.thetimes.co.uk/article/izzy-young-obituary-7dqrc0qj0