Well, I asked for contributions to this mini-series on Dylan at 80, especially covers of his songs, and they have come a-plenty, here and at Salut! Live's Facebook group, which I urge you to join if you haven't already.
Malcolm Dawson was my deputy editor when I ran Salut! Sunderland, devoted to the ups and more often downs of our football club. He shares many though not all of my musical interests. 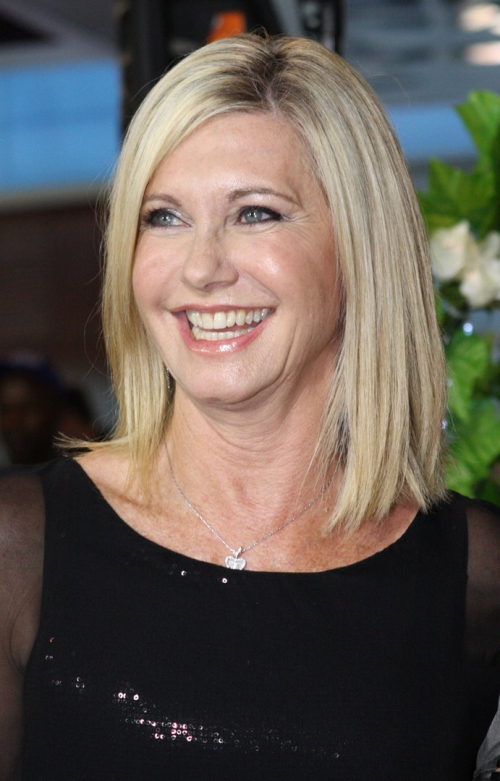 Olivia Newton John: image by Eva Rinaldi
This brings together points he has made at the Facebook group:
I don't suppose you want to hear this but my party piece is to sing Max Bygraves's I'm a Pink Toothbrush in the style of Mr Zimmerman!
Also, when on a course about teaching more able children, we were given a set of answers and asked to devise a question to fit. The answer was Blue.
My question, "In what was Mr Dylan entangled when there was blood on the tracks?"
Hard to pick a favourite song of his but maybe Boots of Spanish Leather or Lily Rosemary and the Jack of Hearts. Good quiz question. What do Bob Dylan and George Bernard Shaw have in common? See footnote(*) for the answer.
Thinking about cover versions, that's another tough task. I'm usually not a great fan of covers but Dylan songs lend themselves to other interpretations.
I've always had a soft spot for Olivia Newton John's If Not For You but out of hundreds of others may I suggest anyone who hasn't heard them check out Buckets of Rain by Redbird, You're Gonna Make Me Lonesome When You Go by Madeleine Peyroux and in contrast Miley Cyrus (I know! but give it a listen) and Shelter From the Storm by Rodney Crowell and Emmylou Harris.

I know this! They’re two of only three people to win both the Nobel prize and an Academy Award. The 3rd is former US vice- president Al Gore.
Malcom Dawson:  Correct. You win a goldfish

Oh, man, I so want to hear "The Pink Toothbrush." Nothing like whetting the appetite...