When or perhaps just before Bob Dylan turns 80 on May 24, Salut! Live will publish a special article by the noted Anglo-Canadian journalist Bill Taylor, a good friend, former colleague and fellow Sunderland supporter.

Since he attended the Newcastle upon Tyne gig of the 1966 world tour on which Dylan aroused equal measures of outrage and acclaim for "going electric", and is barring childhood a lifelong fan, Bill is well placed to take responsibility for such a piece.

And he has done his subject full justice.

Ahead of that, readers with with their own thoughts on the "rock 'n roll beatnik bard" of Minnesota are warmly invited to offer their contributions, as articles or comments. Comments are easy - just post them below - and articles can be sent to Salut! Live at this e-mail address. 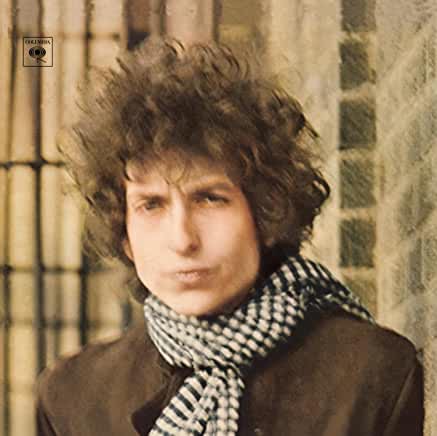 A few short items will also appear here in the build-up to the birthday, a sort of Cover Story sub-series presenting great Dylan songs that others have done, according to taste, as well as or better or worse  than the original.

I'll kick it off as Cover Story No 65 and Dylan Neat or Dylan Beat No 1 with his epic 11-minute Sad Eyed Lady of the Lowlands.

This demonstrates Dylan at the peak of his poetic powers. It first appeared on his double album Blonde on Blonde, released a month after Bill Taylor listened and watch in awe at the Newcastle Odeon.

Although I was an ardent admirer of the acoustic Dylan, I loved the album and treasured its place in my record collection though only until I was obliged to use it to settle a debt with Mike Amos, then my chief reporter at the Bishop Auckland office of the Darlington Evening Despatch.

Our old friend Wikipedia tells us: "Many critics have noted the similarity of 'Lowlands' to 'Lownds', the name of Dylan's wife Sara, and Dylan biographer Robert Shelton wrote that Sad Eyed Lady was a 'wedding song' for Sara Lownds, whom Dylan had married just three months earlier."

The scene  and the tone are set by the stunning opening lines:

With your mercury mouth in the missionary times

And your silver cross, and your voice like chimes

Oh, who do they think could bury you?

At the time, Dylan considered it the best song he had written. I'd certainly put it among the top six or seven. And having just listened again to his own version, I was as enthused as when I first heard it 50-odd years ago. It is a wonderful example of music whatever the genre and whether we call it folk-rock or rock or something else entirely does not trouble me at all.

In journalism, I often say that however well written a piece may be, a fresh pair of eyes can invariably improve it, even if the writer feels indignant at the least interference.

And so with music. Perfection in the delivery of Sad Eyed Lady comes, for me, in the form of another of Dylan's past lovers.

Joan Baez's rich, expressive voice has always been suited to Dylan songs (except, oddly enough, in duets I have heard where her purity and his edge seem to clash). Others will disagree. Baez is not to everyone's taste. But this is one of my all-time favourite musical moments (if a track lasting so long can be described in such a way). I have overlooked it in the past but this would be on any Desert Island Discs choice I would now compile.

* an evening with Joan Baez in Marseille 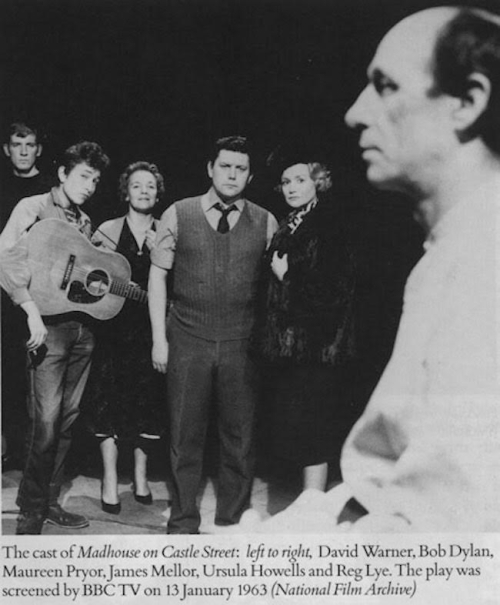 ** Bob Dylan: The Ballad of the Gliding Swan *** Use the Salut! Live Amazon link to buy Joan Baez's album Any Day Now here and/or Dylan's Blonde on Blonde here. Both feature this song.

Blonde on Blonde, especially in the original mono, is a real collector’s item. I wish I still had mine (so I could sell it). I remember when I bought it, my first double album, at Brothertons on Newgate Street in Bishop and played it on my red-and-grey Dansette. So many good songs. And then Sad-Eyed Lady... yeah, definitely one of his very best. Timeless.
Baez? Not a fan. But as you say, not everyone is.

Last Dylan concert I attended, at Newcastle's soulless Arena, I had to stand on my chair to even see the top of his trademark white hat. The songs were unrecognisable (local music critic said 'they're his songs, he can sing them any way he likes') but I was delighted to be in a space with a legend.

First proper song I learnt on guitar was a Bob Dylan song way back in the 1960's. Bought the sheet music of "Don't Think Twice". I didn't read music but it had the chord names printed above the lyrics. Bought at Brotherton's for 2/6.

Via Twitter
{As you guessed} I don’t agree with you, but interesting never the less. Bob at 80, it’s extraordinary. I first saw him in 66, and it’s a cliche, but it does seem like yesterday

I actually love Joan Baez, but for me her version of this song doesn't match the original. Her fantastic voice is just too pure for this. Dylan's voice was never to everyone's taste, but it's idiosyncratic and full of the right kind of "edge" for most of his songs (there are exceptions). I suppose that's a self-fulfilling thing, since we automatically associate his voice as the right one for his own songs! Sad Eyed Lady of the Lowlands - at 11 minutes and a slow tempo - would be in danger of becoming a dirge if it wasn't handled right. Dylan's voice, with its expressiveness and raw urgency, keeps it interesting - and the band, especially drums and organ, is pushed forward enough to emphasise the climaxes. Baez's version doesn't have that emphasis or sense of urgency and tends to drift. I can see how some might find it boring. Dylan also has the magnificent harmonica solo at the end. So, it's a no-brainer for me.

We disagree obviously but I never mind when someone disagrees so eloquently ....

There's no question but that Sad-Eyed Lady was written for Sara. Dylan says so himself in his later song Sara: