Dylan at 80: how Salut! Live has covered the big birthday

Before the pandemic, I was pondering the future of Salut! Live and questioning whether it even had one. I had already transferred my football site, Salut! Sunderland, to a new owner because, partly because the cost and trouble of keeping it alive was becoming a burden despite a readership that was routinely above 1,000 a day.

Like the football site, Salut! Live has both a fantastic archive and ongoing technical issues. But visitor numbers were, as of  15 months ago, desultory, toddling along on a few dozen a day and occasionally breaking into three figures. It is time-consuming if intellectually rewarding to maintain the site and, of course, purely a labour of love. Researching and writing a piece for 30 people is not a smart use of time and effort.

Lockdowns have increased my ability to update and promote the content and also the interest of equally locked-down readers.

Bob Dylan's 80th birthday is an exceptional event but the extensive coverage - which I will flag below - has generated unusual interest, 200 visits or more, sometimes much more,  each day. Over the weekend just gone, there were more than 1,100 plus an unknown number of people who subscribe to the e-mail alert option you see on the home page. Martin Carthy's similar milestone birthday also attracted readers in their hundreds,  but other unrelated articles have also received sufficient interest to make it all seem worthwhile.

That does not in itself mean Salut! Live will continue in its present form but it is mightily encouraging and has put on hold any thoughts I have had about relinquishing this site, too. I thank all who have come here and hope the visits provided some distraction.

And just to recap, this is how the Dylan/Carthy coverage breaks down: 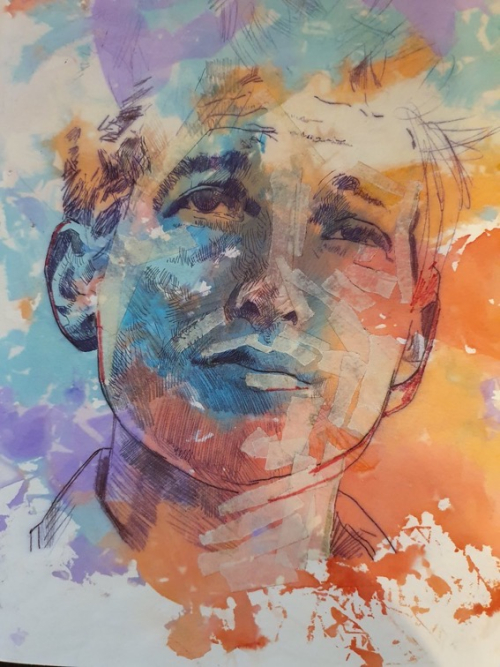 The Times They Are A-Changing: With thanks to Owen Lennox for this striking use of 'masking tape, biro and dye from tissue paper'

Others screamed 'Judas!' I was enthralled  ... Bill Taylor's appreciation

'He changed my world.'  ... Richard and Linda Thompson, plus Simon Nicol, lead the tributes

There was also a series within the Dylan at 80 series. I called it Dylan Neat or Dylan Neat and it can be seen in full by clicking this link.

Songs under discussion: Positively 4th Street/Blowin' in the Wind/Mr Tambourine Man/Don't Think Twice it's All Right/ Masters of War/ Percy's Song/ Sad Eyed Lady of the Lowlands and. very briefly in the same item, Buckets of Rain, You're Gonna Make me Lonesome When you Go, If Not For You and Shelter From the Storm. Thanks to Sue Nicholson and Malcolm Dawson for their contributions.

And my thanks go, to, to yet another fellow Sunderland supporter, Owen Lennox for the images you see in this item. 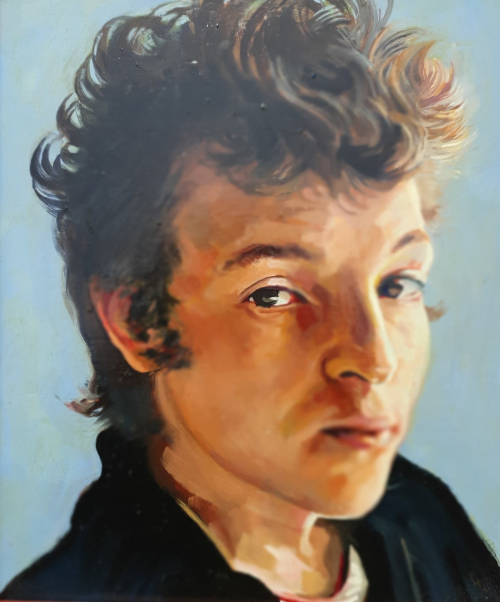 We gaze more and more at our own navels and only occasionally cast a passing glance at someone else's...
It's more than two decades ago that I interviewed a prescient entrepreneur who predicted that the future of mass media lay not in broadcasting but "narrowcasting" - a wide range of outlets each targeting a small audience. The technology didn't really exist then but it does now and we've seen, sometimes to our intellectual cost, the result.
I still have my photographic website but I don't really maintain it any longer. I got tired of thinking to myself, "Who's actually out there? Not damned many, I'm sure."
I was sorry to see Salut! Sunderland and (especially) Salut! North go, and I'd even be more so to see the demise of Salut! Live. No blame would devolve upon you, though.