Home Archives Profile Subscribe
Dylan at 80: positively a bitter slice of the master’s prose and the 'gawping amazement' it stirs
´He changed my world.' Tributes to Bob Dylan at 80, led by Richard and Linda Thompson, Simon Nicol and Bob Fox

Dylan at 80. A local hero's salute to a global hero

Bob Dylan’s much-flagged big  birthday is on Monday and Salut! Live will publish an appreciation worthy of the occasion, the climax to our Dylan at 80 series.

Among other ways of marking this important milestone in Dylan's life, I approached a number of prominent artists and writers for their thoughts. All regarded him more or less as a hero, as you will see when the resulting compilation of messages, a treat to read, appears tomorrow.

This, a little too long for inclusion in those tributes, comes from a man who is not only a really good friend but was also a folk hero of mine back when we were young in the North East of England.

Mick, Mike or (by family) Michael Sheehan is the name.

Mick, as he was billed, was in demand on the folk circuit, whether solo, with his sisters or as part of the Liffey Folk. He was good though also needlessly modest about his musical abilities. After an engineering apprenticeship and Merchant Navy service, he became  an even better businessman, building from scrap a flourishing boot-manufacturing company Altberg, based in North Yorkshire.

Mike, as I call him, has not had a deep conversation with me about the extent to which the horrors of Brexit and Covid have damaged that business (I am not even sure whether he has even had a chance to explain the realities of life to his local MP, who happens to be Rishi Sunak).

But my request for some reflections on Dylan's 80th brought a prompt and fascinating response. 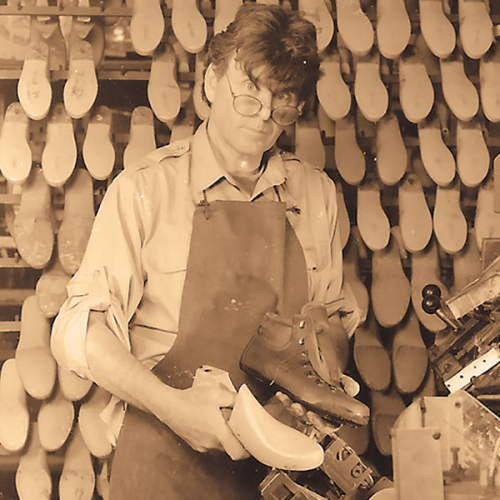 1964  I was serving my time at the Cleveland Bridgeyard in Darlington, breathing in dust and welding fumes and smoking Full Strength Capstan. (They were the ones in the orange packet that made you go dizzy).

On Saturdays we’d go to Williams music shop in Blackwellgate where we could listen to music in the booths without having to buy. That’s where I first heard Dylan. Blowing In The Wind.

Back then, a weeks supply of Capstan Full Strength cost about the same as buying an LP. I think it was about 25 shillings. It was a tough decision but Freewheelin' won.

I played it at home on my sister's Dansette Major until the LP was so thin you could see through it. But by then The Times They Are a-Changing had been released.

The first time I saw Dylan was at the City Hall in Newcastle in 1965 acoustic, and then a year or so later it was with The Band. He played the first half acoustic, then the second half electric. By the time he’d finished the opening number of the second half Like a Rolling Stone more than half the audience had taken him literally and “rolled out”, shouting “Judas” and “Traitor”  as they left.
However, there was a plus side, because with a few others, I was able to move from our cheap seat at the back, to the expensive empty seats at the front, and what a great night that was.

I first started going to folk clubs in 1964,  The Darlington Folk Workshop. It was very traditional and friends I made back then continue to be friends today. Sadly they are fewer now, Time's Winged Chariot has “drawn near” and overtaken so many of them in recent years.
Back then even guitars were frowned upon in the Folk Workshop, and I used to play and sing Dylan songs! They quickly adapted and developed a strategy, and after my 2nd or 3rd week they began to introduce me with the words: “Mick is going to sing us a song now, and then we’ll have a beer break.”
Whereupon the room would immediately empty as everyone dashed to the bar. On the positive side, I have to say the acoustics in the empty room were very good, lots of reverberation.

Ironically it was listening to Bootleg Dylan on cassette‘s and tapes that got me into listening to field recordings of traditional singers.
Most of my collection of Bootleg Dylan were like field recordings, very raw and performed “warts and all”. When a song or music is performed in its most basic form then the actual words and the sentiment, and the feeling that lies behind tunes and the music, can be sensed or felt. It’s almost as if you get to see past the song, to where it came from, its origins, and that’s what it was like with the Dylan bootleg.

One night at a club in Middlesbrough I sang Dylan’s bootleg VD blues. With hindsight I have to concede that possibly, the introduction didn’t help: “I don’t know if any of you have had, or are presently suffering from venereal disease, but if you are, in addition to penicillin you might find this song helpful."

Almost everybody in the audience found it incredibly moving, and that was before I’d even sung the first line or struck the first chord. I remember thinking that at least the landlords must love me, because whenever I sing Dylan songs, the beer sales increase.

If I could speak to Dylan this is what I would say:

"Bob. Since 1964, and at every stage in life since then, concerts at the Newcastle City Hall, a memorable afternoon in July 1984 at St James’ Park with marijuana smoke drifting across the field, and nights at the Arena, your songs reflected  the changing stages the journey we are all on.
Last year it was your Rough and Rowdy Ways and “murder most foul” if it had been vinyl I would’ve played as I did with Freewheelin' in 1964, until the grooves wore down and you could see through it. But they don’t have grooves on “Downloads”, and my sister took her Dansette Major Record Player with her when she got married and moved away.

There’s three bums comin’ all dressed in rags.
Pick up the pieces and lower the flags
I’m going to Woodstock, it’s the Aquarian age.
Then I’ll go up to Altamont and sit near the stage
Put your head out the window, let the good times roll.
There’s a party goin’ on behind the Grassy Knoll. 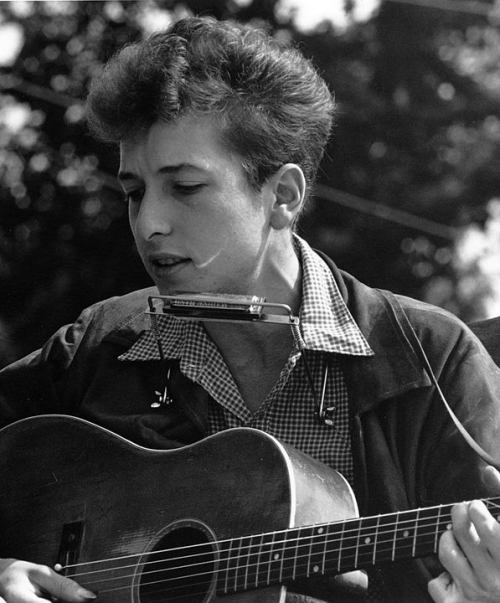 Well, that takes me right back to the 60s, when my brother Michael (as we called him) was given (bought?) an old acoustic guitar from our oldest sister’s boyfriend and almost reincarnated himself as Bob Dylan.
We can thank him, not only for our devotion to Dylan, but also folk music in general. It was Michael who set up the Liffey Club in Darlington, where we later sang as a family – not usually Dylan, but the folk music inherited from our Irish parents.
The fact that Dylan’s music is still relevant today is testament to the genius and foresight on the man. Happy birthday, Bob and thank you Michael for introducing him to the family.

One time, he could have been the champion of the world!