Home Archives Profile Subscribe
Music of the West Country: (1) We are Family - clan Lakeman and sounds from Dartmoor, Derry and Barnsley
Song of the Day Revisited: Nic Jones, Little Pot Stove and a triumph over tragedy

For my second look at the Music of the West Country, I have chosen a blend of youth and experience from Devon and Somerset. Folk has its ghosts, too, prominent figures no longer with us, and I shall also mention a couple of them.

The first edition of this series was dominated by the Lakeman family, with roots in Devon and Cornwall though one member of the extended clan, Cara Dillon, the wife of Sam Lakeman, is from Dungiven, Co London/Derry.

The range of achievements by the Lakemans left little room for my original plan to include Show of Hands. I will make up for that here before turning to two young singer-songwriters, Jenna Witts and Kitty MacFarlane, and ending with the late Cyril Tawney and Brenda Wootton.

Show of Hands, a duo formed by Steve Knightley and Phil Beer (enhanced for some years by the addition of Miranda Sykes and later Cormac Byrne) have greatly entertained me in several locations - among them a field in Oxfordshire (the Cropredy festival), a 600-seat council-built theatre west of London and the Royal Albert Hall. 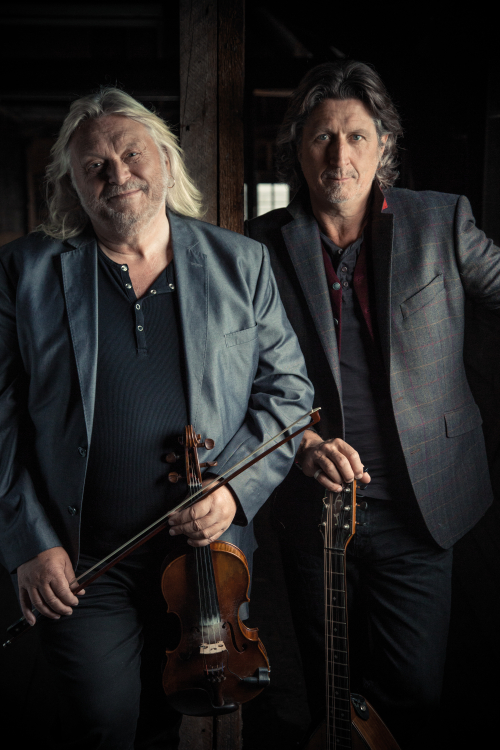 I love their music but there are people in folk who have been known to take a dim view.

Mind, there is a tradition of folkies taking dim views that goes right back to when I started going to folk clubs more than half a century ago. I well remember the tut-tutting and sighs that would greet the occasional arrival of Jim Gallagher and/or his pal Dave Blair at the Darlington Folk Workshop. They'd offer contemporary folk and blues whereas the club preferred unaccompanied songs from the British Isles; if concertinas, fiddles and certain other instruments were acceptable, guitars were barely tolerated.

Everyone is entitled to be protective, within reason, of  whatever they like. But there was some serious pomposity in a Mudcat thread, in fairness 14 years ago, some contributors objecting strongly to Knightley and Beer winning nominations for BBC Radio 2 Folk Awards. "Folk music for people who don't really like folk music," one suggested as the appropriate category. Grossly unfair, but Show of Hands have had to live with such snootiness,

They came under separate attack, the odious British National Party trying to appropriate for its own purposes one of their songs, Roots, a justified rant at English cultural poverty, as if it sucked up to its own rotten view of life.

Knightley and Beer took legal action to stop the BNP in its tracks and helped to set up Folk Against Fascism in response. Then came Brexit. It is difficult to imagine folk fans as Brexiters unless their belief in the promised Sunlit Uplands is devoid of any racist or xenophobic influence. Any folk musician with hopes of performing on the Continent also seems an unlikely candidate.

Yet we must accept that lots of people in the West Country, like my North East, voted a certain way on 23/6/16 . That being so, some Show of Hands fans may well have shared the unattainable dream of the 17.4m, maybe still do, and even derive unintended comfort from one or two of the songs. When Knightley roars on behalf of the Cornish about the Spanish fishing "in our seas" in Cousin Jack, they may be thinking or saying, "yeah, bloody EU. » Poor Jack, meanwhile, is left hoping to find work unimpeded abroad, something Brexit stops others doing.

As the bumps in the road to a Global Britain leave life impossible for fishermen and anyone else wishing to trade with Europe, voices of the right insist that if Brexit is causing problems, it can only be the fault of those whose shackles they voted to shake off, nothing to do with the will of the people in choosing third country status.

In a measured, thoughtful telephone conversation, Knightley recalled the old-fashioned leftwing anti-EU tradition, quite distinct from what the Leave campaign became and the kind of people who led it or acted as cheerleaders (Boris, Cummings, Farage, IDS, Redwood, Raab, Rees-Mogg, Tommy Robinson and the overseas fan boys and girls, Trump, Bannon, Le Pen, Wilders et al).

Knightley declines to declare for one side or the other in the actual debate but leaves the impression he wouldn't feel defamed if portrayed as a Bennite sort of Eurosceptic. Me? An unreconstructed Remoaner who reluctantly accepts the people's right to vote as might turkeys persuaded that Christmas is a season of opportunity.

That's already far more than I intended to write about it. So let the music speak for itself: I offer the sad, dreamy beauty of Santiago and also Roots, the song the BNP falsely claimed as its own, while urging you to explore further.

Whether sticking up for those who earn or earned a living from the factory or field, mine or sea, or tackling contentious issues of the day, Knightley presents sound credentials (see footnote*). He is also an internationalist. And with Beer, he has created a Show of Hands repertoire as extensive as it is delightful.

Even leaving aside the brilliant musicianship - Beer is a phenomenal multi-instrumentalist - it is little wonder that my much cooler fellow journo Colin Irwin has written: "Steve Knightley's songs have developed such an edge that it's hard to deny them any longer."

When I posted a request at a Facebook group for an idea of artists I should consider for this series, Ian Anderson, founding editor of the much-missed fRoots magazine and probably due inclusion for his own musical exploits, suggested Spiro, Three Cane Whale and Kitty MacFarlane. There is also a strong case for mentioning Jenna Witts, whose sea-inspired first album was produced by her fellow Devonian Knightley.

All have merit but I am especially intrigued by MacFarlane, whose love of music, her home territory of Somerset and words - the last evidenced by the choice of English and French for her degree - combine in a feast of environmental passion, lyricism and song.

At home on the Somerset Levels, MacFarlane treasures its natural wonders while reflecting with exasperation on the threat man poses to them.

From her Twitter updates and the narrative during recorded walks, she clearly knows her stuff. If she were to appear  on Mastermind, her specialist subject would doubtless be the European eel. For all I know, she may have spent degree course time out in France visiting ancient abbeys where hundreds of anguilles de l'Europe were historically given to monks and nuns as part of their income.

All this knowledge and the concerns they arouse lead to enchantingly poetic songs written and delivered by a young woman blessed with impressive vocal and instrumental powers. 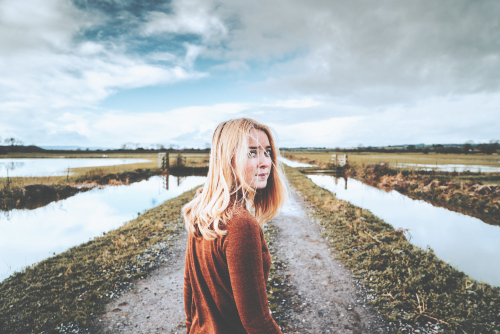 Of that Jenna Witts debut album, Barefoot and Eager, I wrote at The Daily Telegraph: "The Beach Boys had California. Beach girl Jenna has north Devon, and draws similar inspiration from summer and surfing.

"At 19, she also has staggering maturity. That would be the case even if she had written the songs only for her debut album. But one song, the charming I Was a Dreamer, dates from when she was barely into her teens ... Steve Knightley produces admirably. Yet in truth, he was working with someone whose natural gifts are so abundant that if she had recorded the album herself in the garden shed, it might still have ended up as an irresistible example of superior acoustic music." Then just Jenna, she added her surname later and has made two more well-received albums.

A singer I know in the North East fears for the future of live performance; I truly hope both these young women move on from lockdown to reclaim and increase their audiences.

Cyril Tawney died in 2005 and I never saw him live.

But there was a time when it was commonplace to hear his songs in folk clubs.

He was much influenced by his years in the Royal Navy but took great pleasure, as Hampshire man who settled in Devon, in exploring the traditional songs of his adopted West Country.

Of his own songs, The Oggie Man, a lament for historical fast food at the Devonport dock gates as hot dog merchants moved in to supplant the pastie sellers - and Sally Free and Easy, about a romance gone wrong, are among the best known.

I offer Chicken on a Raft, bemoaning the fried egg on fried bread dish sailors apparently loathed (oddly enough, I quite like the way I do it).

And finally, another departed singer, Brenda Wootton, who died 11 years before Tawney. Here she sings in Cornish with a helpful on-screen translation.

Geoff Lakeman, patriarch of the grand musical family featured in the first instalment of this series may not thank me for reminding him he once went out with Brenda's daughter. Expect more to come from the West Country ....

* What Steve and Phil have been up to in lockdown.

https://www.youtube.com/watch?v=R7afVjzXqpo    In praise of the NHS: 'You'll Get By, the last song I sung on Monday March 15th 2020 and the first one I will sing when it’s all over'

Good to see Brenda in this list! We love the clarity of her voice and she certainly was a major force in keeping Cornish songs alive. We have Mordonno in our repertoire. Broomdasher