Cover Story: (62) Me and My Uncle. Grateful Dead, Judy Collins or its writer, John Phillips

Now that Cover Story is sixtysomething instalments old, it feels right that Bill Taylor should dig out a song of which I was unaware, written by the Mamas and Papas' late John Phillips during a boozy session in 1963. He unearths several of the many versions that have been recorded but plumps in the end for one by the band that made it a fixture of their live shows ... 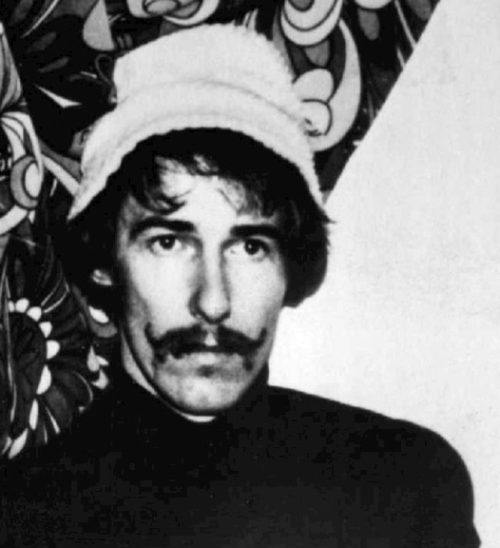 At risk of stating the obvious, all folk songs have to have been composed by someone, even if it was a 300-year-old collective effort that was never written down, with the simplest of verses and an all-join-in “wack-folly-jamjar” style chorus.

Then there are the songs that sound like folk music but might be better characterised as “faux-k”. (Not, I would contend, that there’s anything wrong with that.) Generally not so simple and often without a chorus, singalong or otherwise.

Case in point: Me and My Uncle, which sounds as if it could’ve been penned by someone leaning on the fence of the OK Corral in 1880s Tombstone, Arizona, and waving away the gun smoke.

The narrator tells of how he and either his mother’s or father’s brother were riding together through Colorado en route to west Texas. They stop for a while in Santa Fe, New Mexico, to refresh themselves.

In a saloon full of newly paid cowboys, Uncle starts a poker game and, almost inevitably, is accused of cheating. This produces what I think is a truly classic couple of lines:

I know my uncle, he’s as honest as me,

And I’m as honest as a Denver man can be.”

Make of that what you will. Anyway, a gunfight ensues and in the confusion, uncle and nephew grab the money and flee for the Mexican border."

Uncle, we’re told, “taught me good, man, taught me all I know”. The lessons have taken root and the result is… well, listen to the song.

It was written, under curious circumstances, by the late John Phillips, of the Mamas & The Papas, and included on his 1970 solo album, John, the Wolf King of LA.

I say curious because by all accounts Phillips, who had serious drug and alcohol issues, had no memory of writing it. Soused on tequila in a hotel room with, among others, Neil Young and Stephen Stills after a Judy Collins concert, he dashed it down, sang it and passed out.

Fortunately, someone had taped the song and Collins went on to record it. She does a good version though somehow, for Neanderthal me at least, the words just don’t fit a female singer:

I first heard it, on a music-sampler compilation album, done by Dino Valente (or sometimes Valenti; his real name was Chester William Powers), singer with the San Francisco psychedelic band Quicksilver Messenger Service and writer (I believe under the name Jesse Oris Farrow) of the one-hit-wonder Youngbloods’ summer-of-love anthem Get Together.

I was captivated. I’m still fond of the song and his rendition – though listening to it now, it’s a little echo-y and clangy:

A number of artists, including John Denver, have recorded Me and My Uncle. Denver does an okay job but it’s far from my favourite:

Once he’d learned his own lyrics, John Phillips’s version is compelling – done very simply and rhythmically with just an occasional hint of Mamas & Papas harmonies. I like it very much:

But it’s performed best, I think, by the Grateful Dead, who learned it from the San Francisco band A B Skhy and made it part of the Dead’s concert repertoire.

Look on YouTube and you’ll find half a dozen of their live recordings of the song. This is one of them:

So… folk song or faux-k song? At least we know who wrote it.

Some confusion over the writing of this, but surely also about the date? Colin's intro says 1963 - but that can't be right, if Stephen Stills & Neil Young were present. That would date it much later in the 60s.

I summon Bill to clear this up. I took Wikipedia at face value

1963 is right for the song or, at the very latest, early 1964. It's on the album that Judy Collins recorded live at her legendary Town Hall concert in New York on March 21, '64.
It's not impossible that Neil Young was present when John Phillips came up with "Me and My Uncle." But I must admit I'm beginning to doubt the two sources (one of which probably took the info from the other) that placed him there. Young was just at the beginning of his career, playing folk clubs in the Canadian Prairies and just starting to look towards Toronto. He may have gone briefly to New York and met Collins, who moved in similar folk circles, but... I dunno.
Stephen Stills was working the New York folk scene in 1963/64 and could have been at the Judy Collins gig and the hotel afterwards. They became romantically involved in the late '60s but may have been acquainted earlier. Again, I can't be sure.
But Still and Young didn't meet until late 1965/early '66, in Canada. So if one was there with John Phillips, the other wasn't. It's highly unlikely that they'd both have been in a hotel room and not have become acquainted.
That'll teach to skimp my research! Perhaps to make amends, I can point out that Neil Young and Joni Mitchell first met in Manitoba in 1964 and then became better acquainted in Toronto in 1965, the year that Mitchell also laid down a version of "Me and My Uncle" during a recording of a Canadian TV music series called "Let's Sing Out." Here it is:
https://www.youtube.com/watch?v=Zp3lJg07u4w

Thanks Bill. That’s exactly the detail I had in mind. Stills and Collins were an item, but later. And Stills and Young also met later. I wasn’t being pedantic, I’m just interested in the detail of stories like this.

Prefer them in the order posted. Judy Collins is favourite. Dead version too fast to suit the song.