Home Archives Profile Subscribe
Lily Langtry: candlelit campfire folk and a small-town trio better than the New Christy Minstrels
What was your route to folk music? Here's John Mayall's part in mine

For me, journalism, music and another passion, football, have sometimes come together.

The Daily Telegraph sports desk flew me from Paris to the North East of England to write a whimsical piece about my club Sunderland, then rock bottom if two divisions higher than now, versus Chelsea, then flying higher than all. The arts desk sent me to Dublin to interview Christy Moore.

And I wrote reviews, previews and features on folk music for the paper for 20 years or more. 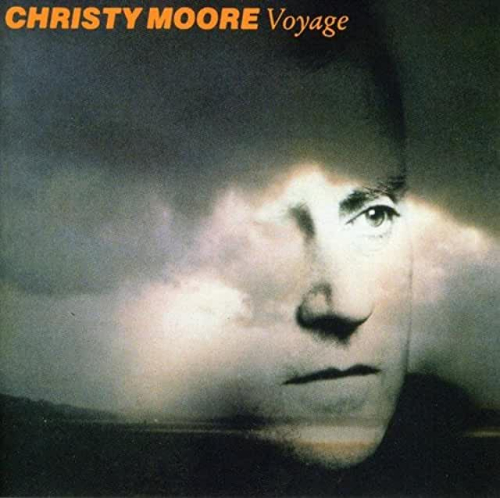 Click this caption and buy the album at Salut! Live's Amazon record shelf

One day, on the news desk in London, someone called out my name. There was someone on the line for me. "What's the news, what's the news, O me bold Shelmalier?" the voice on the other end began. "It's Christy Moore here."

We'd known each other for decades and I've told stories here like this one about our encounters on the North-eastern folk scene in the late 1960s and early 1970s.

Christy was calling because I'd rather optimistically asked if he would record on a personal cassette a song of his, The Voyage, for one of my wife's colleagues, a Devonian-Irish woman called Aisling. She was about to be married and longed to play her favourite song by one of her favourite singers on her wedding day.

I say "a song of his" because it is so closely associated with Christy but it was written by Johnny Duhan. It contains these supremely romantic lines:

Life is an ocean and love is a boat

In troubled water that keeps us afloat

When we started the voyage, there was just me and you

Now gathered round us, we have our own crew

"Of course I'll do it," Christy said. He sat down in his kitchen in Ireland and not only sang the song beautifully but added a warm message to Aisling.

As St Patrick's Day 2021 approaches, this is my short response to a request from Eileen Jennifer, administrator of the Facebook Sixties Seventies Folk Music group who called for Irish songs that "celebrate the sea, ships, mermaids and selkies, and songs for the return to hearth, home, friends, lovers, dogs and mothers. And last but far from least, songs about drinking..."

Christy is famously sober and has been for decades. But my choice fits plenty of Eileen's other criteria - the sea, ships, home, lovers ...." in a way that Kelly the Boy from Killane, quoted by Christy when he called me, does not.

I wish I could say his wonderful gesture brought Aisling lifelong wedded bliss. My memory of it has lasted a lot longer than that marriage. Just as well Eileen also mentioned songs of lost love.

The lyrics can be seen on the YouTube clip I have chosen ...

Colin, I’m speechless. What a great piece you have written ☘️