Home Archives Profile Subscribe
What was your route to folk music? Here's John Mayall's part in mine
Music of the West Country: (1) We are Family - clan Lakeman and sounds from Dartmoor, Derry and Barnsley

Song of the Day Revisited: Tim Hart and Maddy Prior - Dancing at Whitsun

March 2021 update. Colin Randall writes: in a recent post about the Steeleye Span album Sails of Silver, which has been known to divide opinion among fans of the band, I reminisced about my first meeting with the lead singer, Maddy Prior.

It was in a Darlington pub where she and Tim Hart were about to play as a duo in pre-Steeleye days, and Maddy was confined to the snug. Civilisation had yet to arrive in the North East and the bar, where Tim could be found, was out of bounds to women.

To avoid self-plagiarism, I have deleted a version of that anecdote - read it here instead - that originally formed part of this introduction.

That leaves the real reason for publishing it, first in 2015 and again now: my friend Pete Sixsmith's appreciation of a song from the Hart/Prior repertoire which he contributed to Salut! Live's Song of the Day Revisited series. Dancing at Whitsun appeared on their Summer Solstice album, released 50 years ago this year and features what Pete calls Tim's "lovely, lilting voice", Maddy providing backing vocals .. 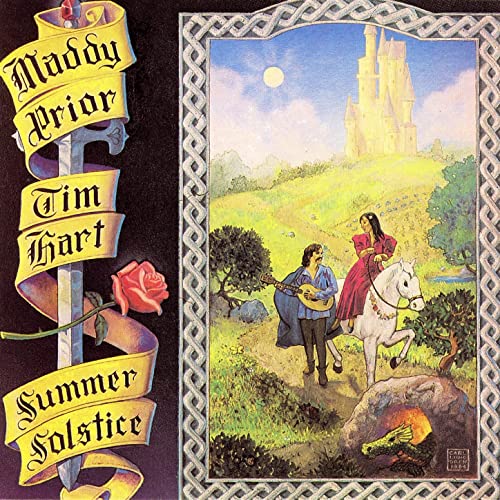 Tim Hart and Maddy Prior: what a combination.

Founders of Steeleye Span in the 60s, Maddy with her whirly dances and strong vocals sloped off with splendid guitarist Tim Hart to record one of my all-time favourite albums, Summer Solstice, in 1971.

I bought this while still a student in Sunderland and it is one of the few vinyl albums I kept after the switch to CDs in the early 90s. Mind, I have it on CD as well; I’m no purist.

I love this song. It is redolent of English villages in Sussex with its references to the Downs and grazing sheep and you can picture Shirley Collins’s late sister Dolly at her pipe organ and the Copper Family singing in the village pub.

It was written by Austin John Marshall who was educated at Christ’s Hospital School near Horsham – out of range from the Coppers but close enough to the Downs for him to hear the munching of the sheep.

He wrote it when he was married to the aforementioned Shirley Collins and it first appeared on Anthems In Eden, a seminal album in the English folk canon.

Her version, good as it is, cannot compare with Tim Hart’s glorious lilting voice and the beautiful string arrangements. The song tells of the men who left the villages to enlist in Kitchener’s Army, off to France to “Biff the Bosch” and come back as heroes to their timeless life on the Downs.

We all know what happened to them – wasted in battle. The women they had left behind, wives, sweethearts, mothers, sisters, danced among themselves at Whitsuntide, that date in the old calendar that signified the end of spring and the beginning of summer.

And the old life changed forever – “a fine roll of honour, where the Maypole once stood” and ”a straight row of houses in these latter days, all covering the Downs where the sheep used to graze.” A truly moving song, appropriate as we go through the four years that remember the Great War and delivered perfectly by the late Tim Hart. Wonderful. 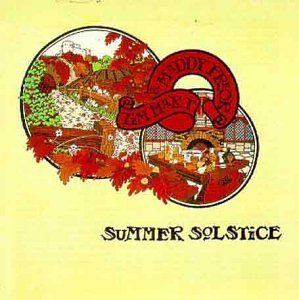 Posted at 01:21 AM in Dipping into the past, Salut! Live Readymades, Song of the Day (Revisited) | Permalink | Comments (1)

And something I made earlier...